Public Security Directorate celebrated today the conclusion of the project to support the criminal justice chain in Jordan, which was organized in cooperation with the European Union and the German Agency for International Cooperation (GIZ), in the presence of the Assistant Director of Public Security for Management  and Manpower, Brig. Gen. Dr. Muatasem Abo Shatal and. European Union Ambassador Maria Hadjitheodosiou and Director General of the German Agency, Karsten Schmitz-Hoffmann

Brig. Gen. Abu Shatal stressed the keenness of the Public Security Directorate to support and consolidate the pillars of good, fruitful and continuous cooperation between the Hashemite Kingdom of Jordan and the international community, noting that the activities of the support project for the justice, security and law sectors, which was implemented over three years of work, included many activities that contributed to the development of Individual and collective capabilities of the salaries of the Public Security Directorate.

The Assistant for Management  and Manpower indicated that the project's activities contributed to increasing the strategic and security capabilities that support criminal justice, security and civil protection, enhancing a sense of security and tranquility for citizens, residents and visitors to the Hashemite Kingdom of Jordan, building safe and reassuring communities, digitizing criminal justice procedures and improving services.

In turn, the Ambassador of the European Union, Maria Hadjitheodosio, said that the European Union is keen to support national efforts to enhance efficiency and transparency in the justice sector in Jordan, in line with the policies of the Jordanian government to enhance the independence of the judicial system and the effectiveness and efficiency of information in the criminal justice chain and to improve public services in the justice sector, and appreciation of the European Union to the Hashemite Kingdom of Jordan and the Directorate of Public Security for the close relationship that binds the two parties.

For his part, the Director of the Correction and Rehabilitation Centers Department, Brigadier General Ashraf Al-Omari, stated that the most prominent achievement within the Public Security Directorate through this project is to support the establishment of an addiction treatment center in the Beren Correctional and Rehabilitation Center, targeting inmates who are drug addicts, and providing them with specialized and quality services. An integrated and modern communication unit in the Department of Judicial executive  and the provision of the service to inquire about judicial requests on the unified number ((117111)) in addition to the text message service and the international number service, and many electronic link projects have been completed between the Ministry of Justice and the Public Security Directorate and the provision of electronic messaging and communication Visible.

The Director General of the German Agency, Karsten Schmitz-Hoffmann, indicated that this project is the first project implemented by the German Agency in cooperation with the Public Security Directorate within the framework of the partnership between the two parties and the exchange of experiences and knowledge through specialized training courses that contributed to the institutional and strategic development of the Public Security Directorate.

At the end of the ceremony, the attendees toured the exhibition (Made with Determination), which includes the most prominent products and works of inmates of the correctional and rehabilitation centers. 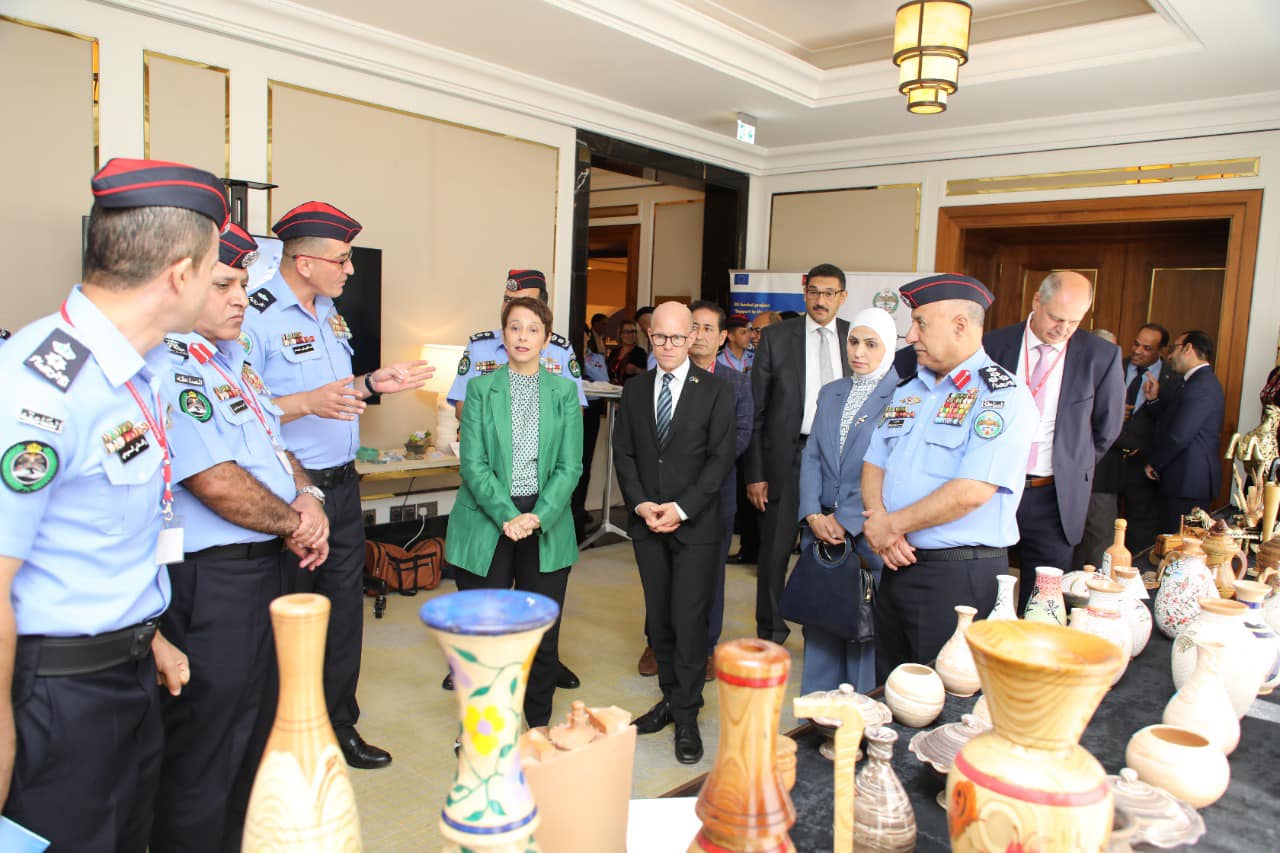 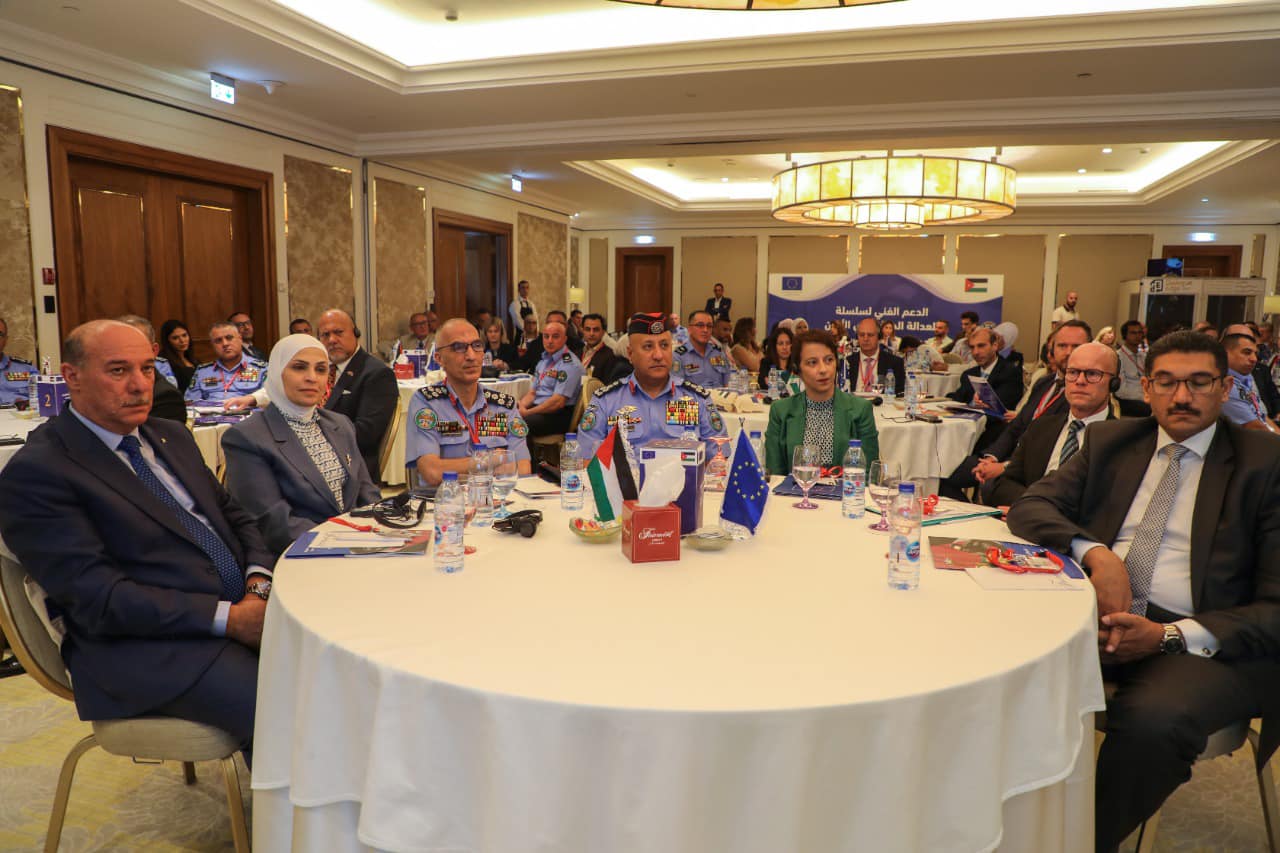