Intensifying intelligence efforts and large-scale operations throughout the Kingdom, and dealing with a number of other issues of trafficking and promotion

Public Security Directorate confirmed its continuation of security operations  against drug dealers and promoters, noting that a number of new cases were dealt with in various regions of the Kingdom.

PSD spokesman for the Public Security Directorate revealed the most prominent case that was dealt with and thwarted the attempt of three people to manufacture the narcotic crystal inside the Kingdom.

In the details of the case, one of the investigation teams in AND followed up information about a person's possession of quantities of chemicals and their use in order to manufacture narcotic substances inside his home east of the capital.

as soon as the information was confirmed, the suspects house  was raided and large quantities of chemicals used in the manufacture of the deadly crystal were seized. The suspect was not found at the time. After following up and determining his whereabouts, he was arrested.

PSD spokesman  confirmed that during the investigations with the arrested, he confessed in involvement  with a person and working together to manufacture and sell the narcotic crystal, after which they purchased quantities of these materials to start manufacturing them, and that he was arrested before he was able to produce any quantities of the chemical.

In another case, west of Al-Balqa, and based on intelligence work and information gathering about a person’s possession of a quantity of narcotics inside one of the chalets in the area, the place was raided and that person was arrested after trying to escape.

PSD spokesman added that a drug dealer was arrested in Zarqa Governorate, after following his movements and raiding him while he was selling quantities of narcotic substances, and he was arrested with another person, and they were seized with 7 packages  of narcotic hashish and a quantity prepared for sale containing crystal.

In the fourth specific case, two drug dealers were raided on the road between the governorates of Mafraq and Zarqa, after intelligence confirmed that they had transported quantities of narcotics, and they were arrested and seized with a pistol, 2, 1,000 Captagon pills, and a quantity of crystal narcotic. . 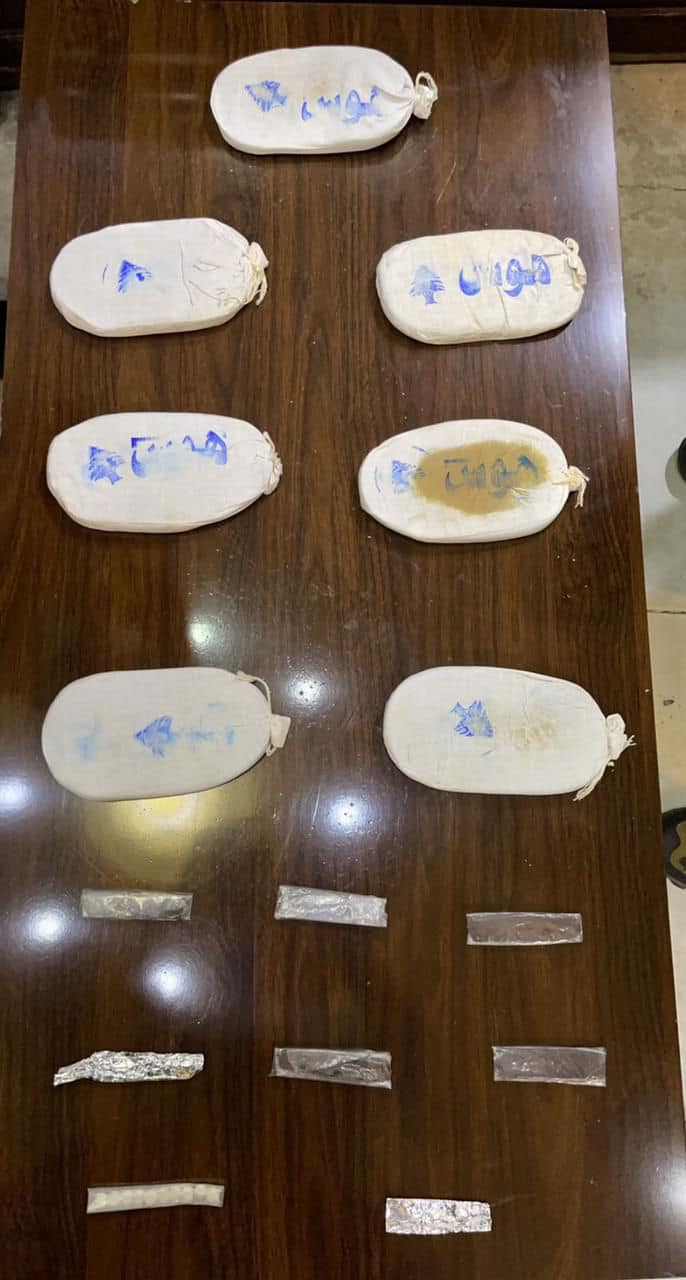 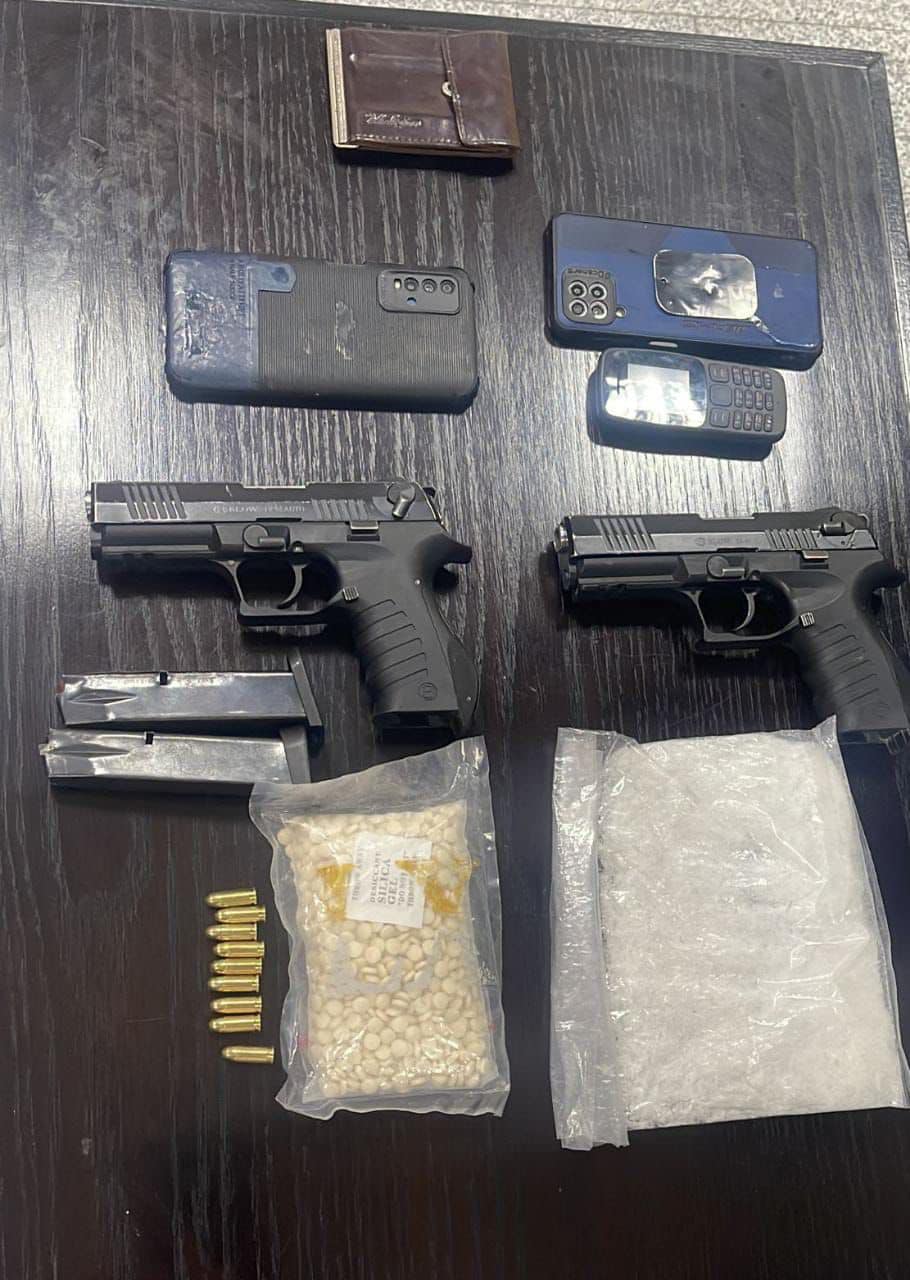 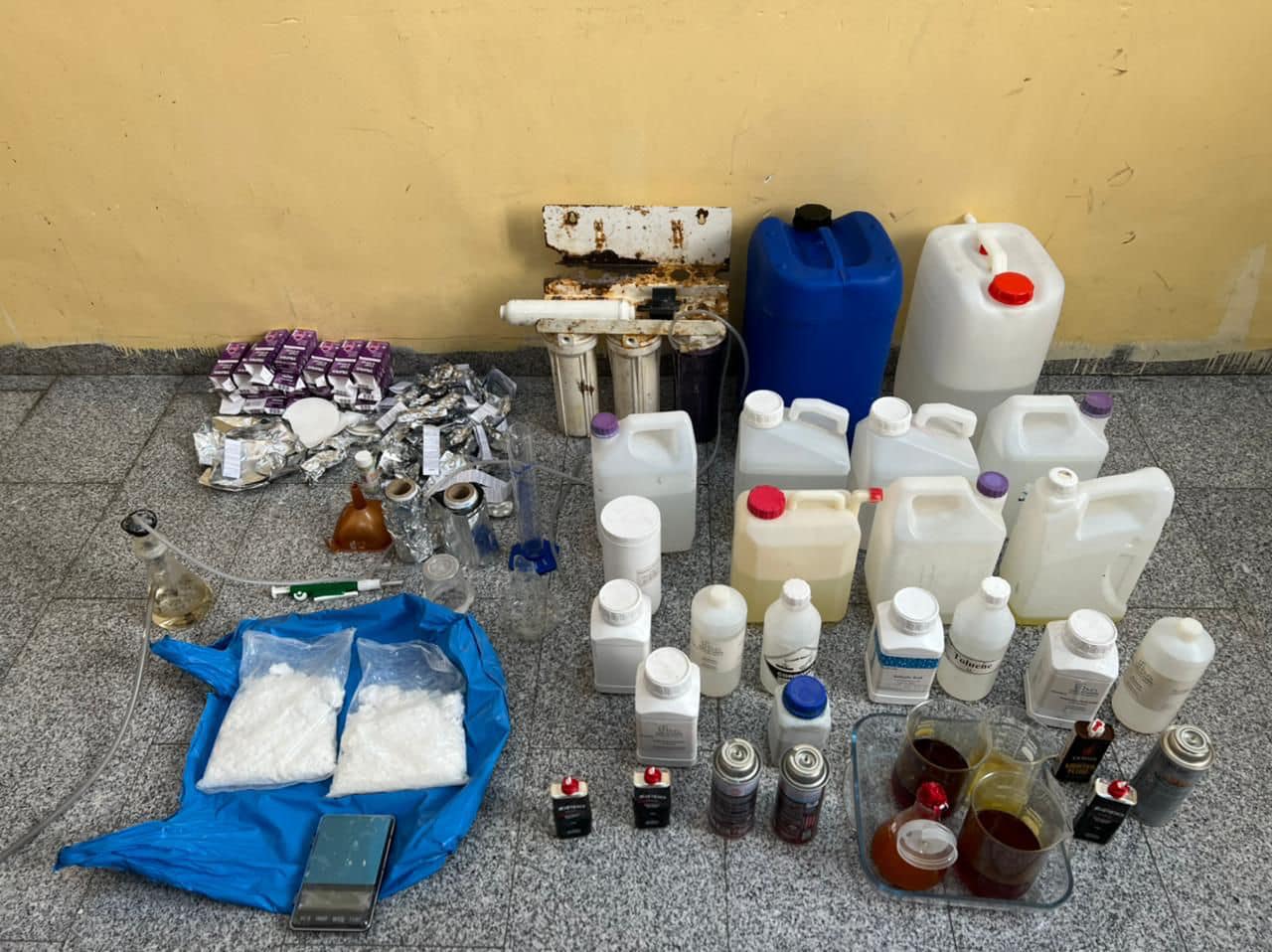