Today, Director of Public Security Maj. Gen. AbeidAllah Maaitah, representing the Jordanian government, and US Ambassador to Amman Henry Wooster signed a cooperation agreement between the Public Security Directorate and the US Government's International Bureau for Drug Control and Law Enforcement.

This agreement comes to frame the existing cooperation between the two sides, to support the fight against drugs and crime, and to enhance the capabilities of combating and preventing them.

The Director of Public Security stressed the depth of the strategic partnership that brings together the security agencies of the two friendly countries, aimed at enhancing security and peace, and facing common challenges in the fight against crime.

Al-Maaitah highlighted the importance of international cooperation in combating the scourge of drugs, which is a cross-border crime, indicating that the signing of the agreement will contribute to strengthening cooperation between the two friendly countries, and benefiting from modern police technologies and sciences in this field.

Ambassador Henry Wooster said, “The new bilateral cooperation between International Narcotics and Law Enforcement (INL) and the Public Security Directorate, made possible by the agreement we signed today, will help Jordan combat drug smuggling, achieve justice for crime victims, and support police forces operating in all regions of the country.” 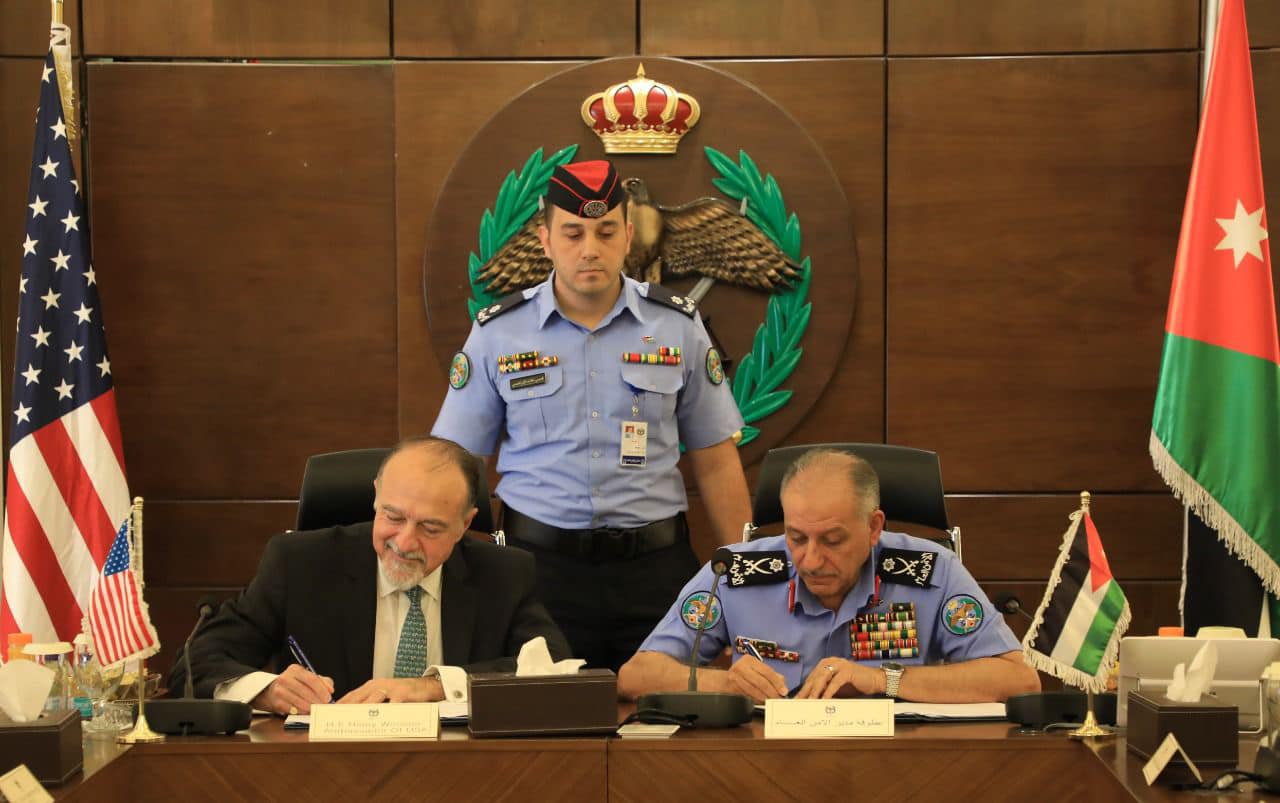