Public Security Directorate: An anti-narcotics officer was injured during a security raid in the Ramtha district, which resulted in their arrest and the injury of one of them

PSD spokesman said that an investigation team from the Anti-Narcotics Department located this evening the whereabouts of two drug dealers in Ramtha, as a security force raided them inside their vehicle.

The spokesman confirmed that the two drug dealers fired shots directly at the force that applied the rules of engagement, which resulted in the injury of the officer, after which he was transferred to the hospital and still under treatment.

The operation resulted in the arrest of the drug-dealers and seizing 25,000 narcotic pills and two firearms as public Security Directorate wishes the speedy recovery for the injured officer.

The Directorate stressed that will remain the shield in the face of death dealers, and that the sacrifices made by the public security men are a sacred duty in order to protect the homeland from criminal group that targets its security. 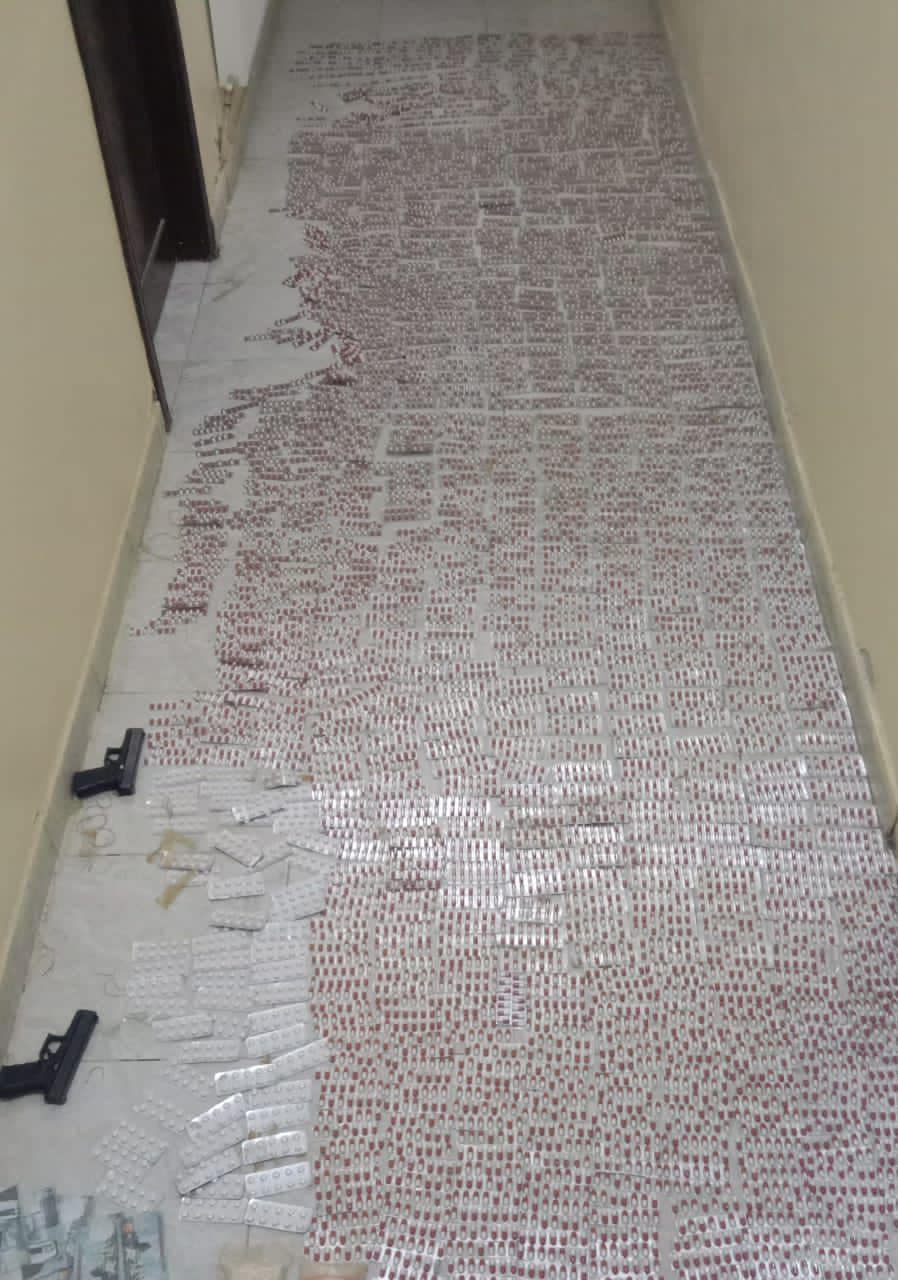