***Al-Hawatmeh: Our main goal is to carry out  the Royal directives to serve citizens and preserve lives and property.

*** The citizen is the major partner and supports the security forces in creating a safe traffic environment.

*** Al-Hawatmeh emphasizes the consolidation of a traffic culture that respects traffic rules and is consistent with our morals, through an effective community partnership.

Public Security Director directs to provide support for the perssonel of traffic staff-members in the field who make double efforts to serve citizens in all circumstances.

Public Security Director, Maj. Gen. Hussein Al-Hawatmeh, stressed the need to continue providing logistical and operational support to the personnel of  the Traffic Department, who are making double efforts to serve citizens around the clock in the field in all weather conditions.

Maj. Gen.  Al-Hawatmeh indicated to the need to improve the performance of the employees of the Traffic Department and provide support to them to enable them to provide security, traffic and humanitarian services to citizens and preserve lives and properties, as directed by His Majesty King Abdullah II, the Supreme Commander of the Jordan Armed Forces.

during the  visit today to the Traffic Department, Maj. Gen. Hussein Al-Hawatmeh  inaugurated the main modern operations room, which was equipped with the latest advanced technology that meets the operational needs, as well as the office of serving and retired military servicemen.

the Director of Public Security indicated that the traffic personnel  are the most in contact with citizens, and they are making double efforts to organize the traffic process and maintain its flow, despite some of the challenges they face, such as the increase in traffic density year after year.

Maj. Gen. Al-Hawatmeh said: Our main goal is to provide the best service to citizens and preserve lives and property by establishing a traffic culture that respects traffic rules and is consistent with our morals  based on a community partnership between traffic men, citizens, and official and civil institutions. 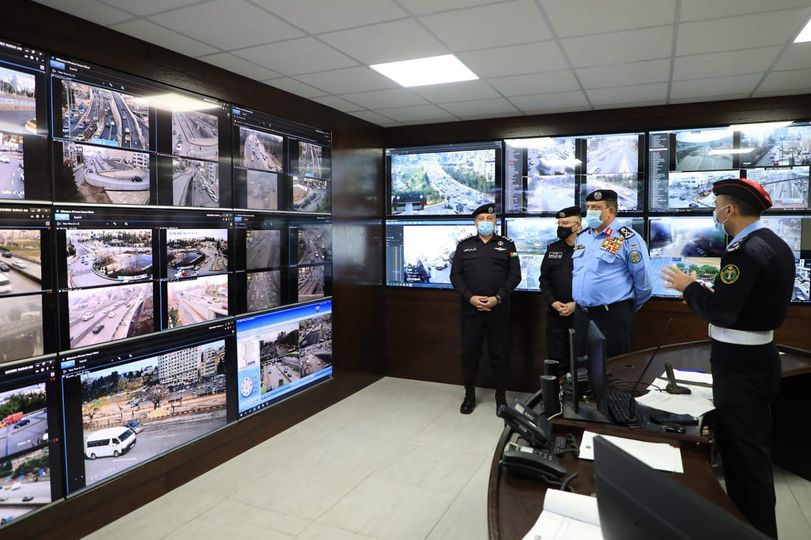