Major General Al-Maaitah: We attach the utmost importance to tourism and environmental security, given their importance in promoting development and the economy

The department plays prominent roles in protecting the environment, controlling related violations, and supporting and encouraging the tourism sector

Public Security Director, Major General AbeidAllah Maaitah, affirmed that the environmental and tourism sectors receive great royal attention, because of their role in enhancing the bright picture of the country, and reflecting the level of security and stability that Jordan enjoys, and the variety of tourist and archaeological sites that tourists and visitors from different countries of the world.

During his visit today to the Royal Department for Environment and Tourism Protection, Major General Al-Maaitah stated that Public Security Directorate is keen to implement all the royal directives in this regard, through the implementation of plans and strategies related to the environment and tourism sectors, and the application of institutional performance standards in a manner that takes into account the implementation of the duties entrusted to it in accordance with the highest standards.

Major General Al-Maaitah added that the role played by the department constitutes a major element in the implementation of security plans and strategies through its various duties in the operational and educational aspects, and in partnership with all relevant authorities, which requires activating this role through intensified monitoring, especially on forest sites, Reducing attacks on them, such as setting fires, and following up and controlling the suspects in accordance with the legal frameworks.

The Director of Public Security also indicated the importance of the role played by the department in preserving the safety of tourist sites and their visitors of various nationalities, through continuous inspection of tourist facilities, accompaniment of tourist groups, and permanent coordination with ministries and partner institutions, in a manner that guarantees complementarity in performance, especially with the increasing number of tourists, visitors and tourists to the Golden Triangle in Rum, Petra and Aqaba at this time.

Major General Maaitah praised the qualitative change witnessed by the department in recent years, and the efforts made by the employees in the department, which reflect the advanced level of personnel, and their keenness to implement security and humanitarian duties according to the highest degrees of excellence and professionalism in applying the law and preserving the capabilities and wealth of the country.

At the end of the visit, Maj. Gen. Al-Maaitah was briefed by the Director of the Royal Department for Environment and Tourism Protection, Brigadier General Fakhri Al-Qatraneh, in which he outlined the most prominent plans and programs implemented by the Department, which would enhance and raise the level of service provided to citizens. 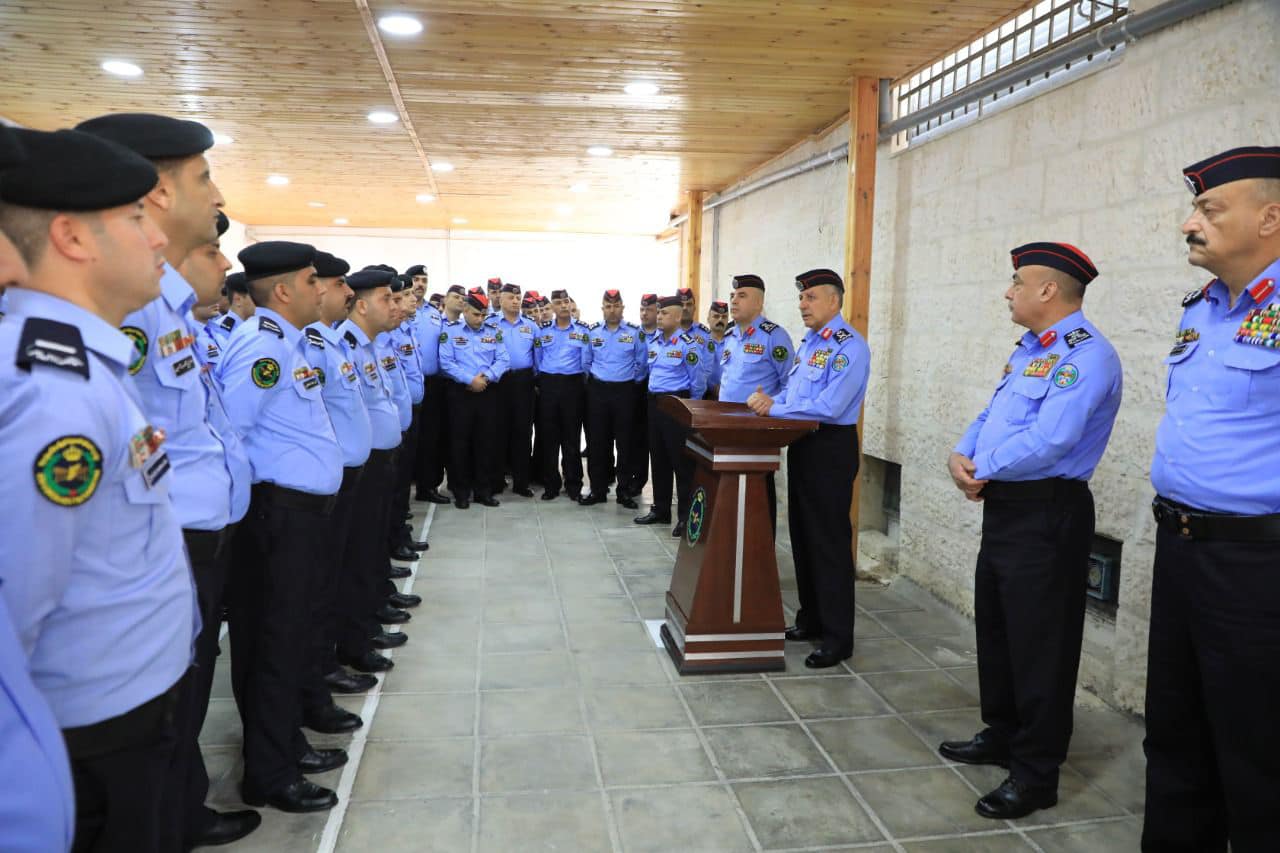