Public Security Director visits the Anti-Narcotics Department  and confirms: We will strike locations of traffickers with the lives of citizens

Al-Hawatmeh: Our security crackdowns  are continuing and a new operational phase to confront and raid drug dealers and promoters.

We have made great achievements in the fight  against  drugs and we are fighting a daily war against it.

Additional anti-drug divisions and sections to expand security coverage in all regions of the Kingdom.

Al-Hawatmeh: Providing the AND with manpower, vehicles , and equipment to keep pace with the change in narcotic crimes.

Al-Hawatmeh directs the expansion of addiction treatment services and the establishment of treatment centers in the north and south of the Kingdom.

Continuing coordination with the Jordan Armed Forces and the concerned authorities to achieve our common targets.

The Director of Public Security Maj. Gen. Hussein Al-Hawatmeh said: We are in a daily fight against the scourge of drugs, and we are making great and continuous efforts to confront and eliminate it.

He added: Our security crackdowns  are continuing and we are entering a new operational phase to confront and raid drug dealers and promoters.

During his visit today to the Anti-narcotics department ( AND)  , Al-Hawatmeh stated that Public Security Directorate prioritize  the cases related to drug-dealing , and we will use all available capabilities to preserve the safety of citizens and protect them from this deadly scourge.

The Director of Public Security instructed the establishment of new divisions for AND in all regions of the Kingdom and to provide them with manpower, modern vehicles  and equipment to increase the rates of security coverage, and to intensify operational and intelligence efforts to pursue the traffickers and promoters and to determine their whereabouts and raid them.

During his meeting with the personnel  of the AND, Al-Hawatmeh stressed that the achievements and efforts made during the past years should be an incentive to move forward in developing and modernizing our methods to keep pace with the change in methods and criminal patterns related to it.

Al-Hawatmeh also passed orders to expand treatment services for drug abusers and help them quit those deadly substances by establishing new treatment centers in the north and south of the Kingdom that support the work of the main treatment center in the capital, and make it easier for those seeking treatment.

The Director of Public Security called for continuing coordination and joint work with the Jordan Armed Forces, the Arab Army and the rest of the other concerned parties, to enhance our capabilities and achieve our common goals.

Al-Hawatmeh thanked the staff  of the Anti-narcotics department  who perform their sacred duty with professionalism and solidity, around the clock, indicating to the expansion of the awareness role provided by the department  to involve the citizen in spreading the culture that rejects drugs and rejects everyone who deals with them.

The Director of Public Security was briefed on  by the Director of the Anti-Narcotics Department, in which he presented the most prominent work mechanisms and the most important duties undertaken by the Department, criminal statistics, analysis, and future plans to develop the department's work and intensify its efforts. 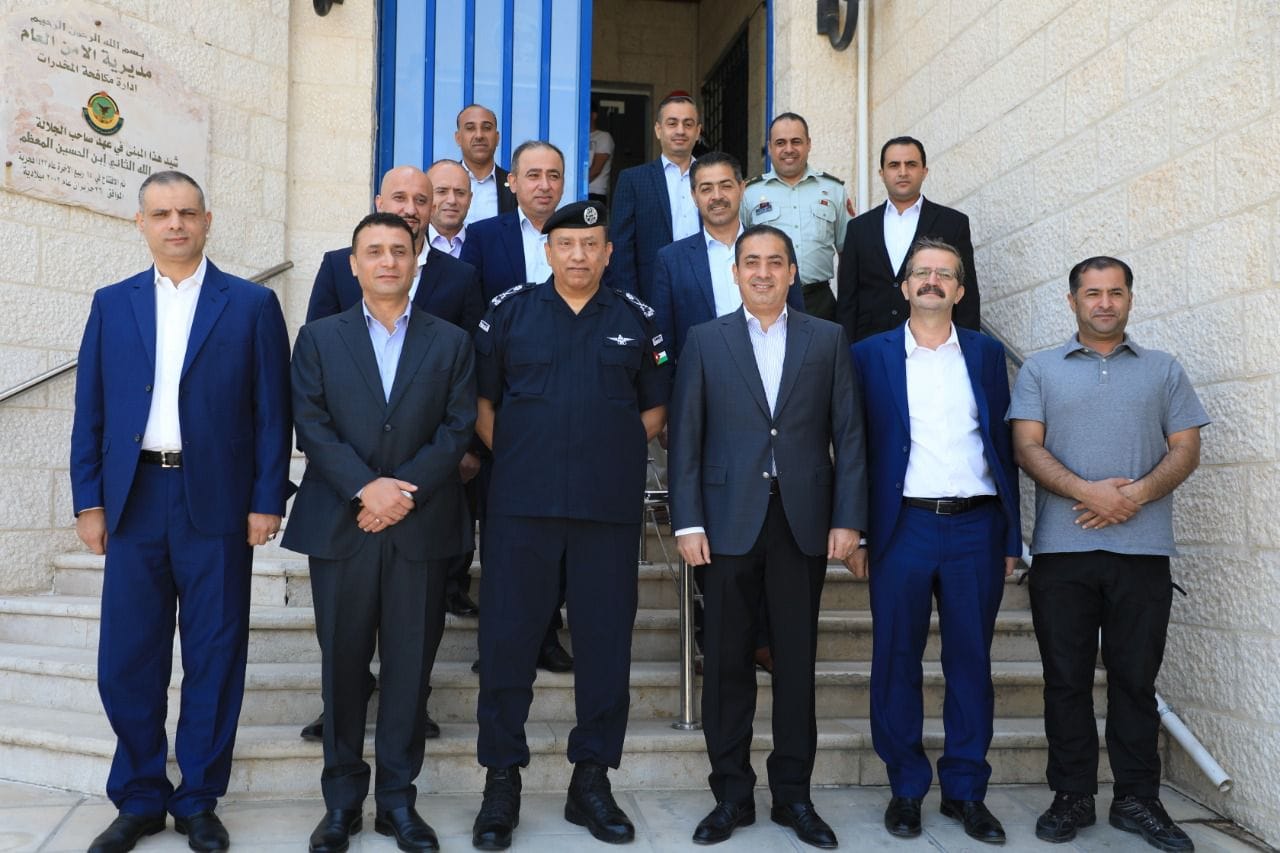