Public Security Director: Our qualitative operations are continuing with strength, and at an increasing pace until the death dealers are arrested.

We will reach everyone who is tempted to harm the security of Jordan, and the citizens are behind the security forces in the fight against drugs

Unlimited support for anti-Narcotics department , and continuous coordination with the armed forces and the competent authorities

Strengthening awareness and treatment dimensions , and consolidating partnership with educational and health institutions

The Director of Public Security, Maj. Gen. Abeidallah Maaitah  , conveyed the greetings of His Majesty King Abdullah II, the Supreme Commander of the Armed Forces, to the personnel  of Anti-narcotics Department, and His Majesty's pride in their efforts to combat the scourge of drugs and protect society from it.

Maj. Gen. Al- Maaitah  confirmed, during his visit to AND , that Public Security Directorate will continue its qualitative operations, and at an increasing manner, until the death and drug dealers are arrested.

Al- Maaitah  explained that the fight against drugs has become a national concern and a responsibility that rests on all of us, stressing that the directives of His Majesty King Abdullah II are clear in this regard, and our duty is to work on translating them firmly to eliminate this scourge and confront it in order to preserve society.

Al- Maaitah  indicated that the prosecution of drug dealers and promoters will not stop, but rather we are heading towards a stage with an accelerated operational approach, so that the hand of justice is supreme.

Al- Maaitah  referred to the unlimited support of Anti-naroctics Department, to supply the department with human, mechanical and technical needs, and to enable them to implement the new operational phase, indicating to the importance of permanent coordination with the armed forces and the competent authorities, to achieve our goals.

The Director of Public Security stressed that our strength and effectiveness in confronting drugs stems from the integration of roles with all our partners, indicating to the need to consolidate these partnerships, strengthen awareness and treatment axes, and consolidate partnership with educational and health institutions and the media, to demonstrate the seriousness of this scourge and methods of prevention and treatment.

Al- Maaitah  explained that AND, with the support of the gendarmerie forces and all public security units and formations, made strenuous efforts to confront this scourge, which must be built upon and completed through a comprehensive modern strategy capable of keeping pace with the change in methods and criminal patterns related to it.

Al- Maaitah  commended the work of the Department and all its supporting units and formations, praising their great role and the sacrifices they made to perform their sacred duty in defending the security of society and the safety of its members, and standing united with the people of the country to pursue those involved in drug trafficking.

The Director of Public Security was briefed  by the Director of Anti- Narcotics Department, in which he presented the most prominent work mechanisms and the most important duties implemented by the Department, criminal statistics, analysis, and future plans to develop its work and intensify its efforts. 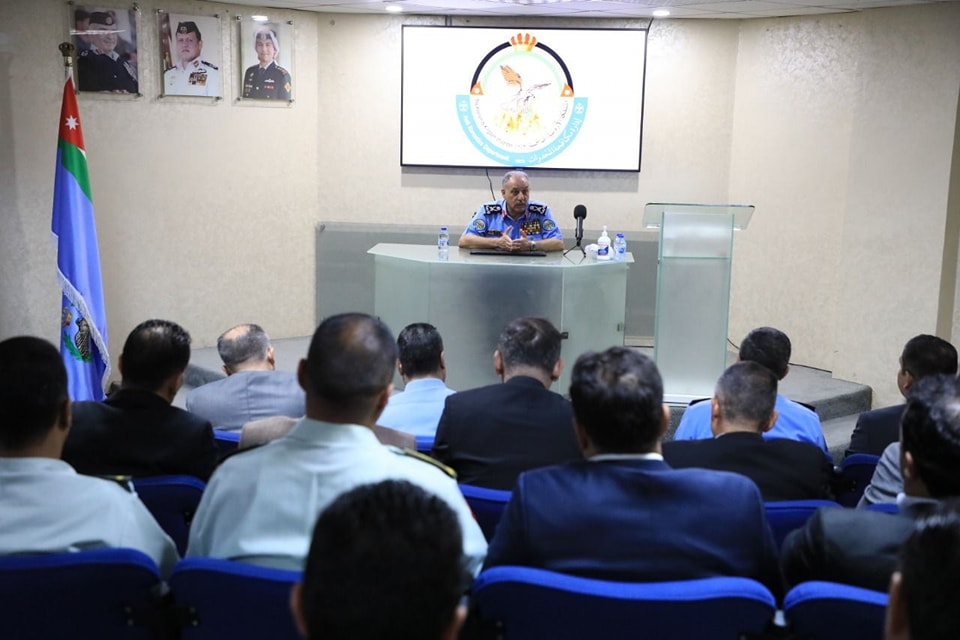