Maj. Gen.  Al-Hawatmeh added, during the honor today, to  the retired Major Generals Walid Qashha, Khaled Al-Ajrami and  Hashem Al-Khasawneh, that the efforts made by the Public Security personnel represent an extended decades of achievements  that Jordanians have passed on, generation after generation, as a witness to loyalty and sacrifice for the sake of the homeland, which was and will remain a proud Jordanian heritage.

Maj. Gen. AlHawatmeh thanked the retired Major Generals  for the efforts they made throughout their long-running work in the various units in which they served, stressing that Public Security retirees will remain highly appreciated. PSD is keen to communicate with retirees  and benefit from their rich experiences in the security fields.

For their part, the retired Major Generals  thanked the Director of Public Security and all their colleagues who worked with them during their service in the Public Security Service and were the best example of giving, soldiering and the honor of serving the country, wishing them more progress to serve their king and their country. 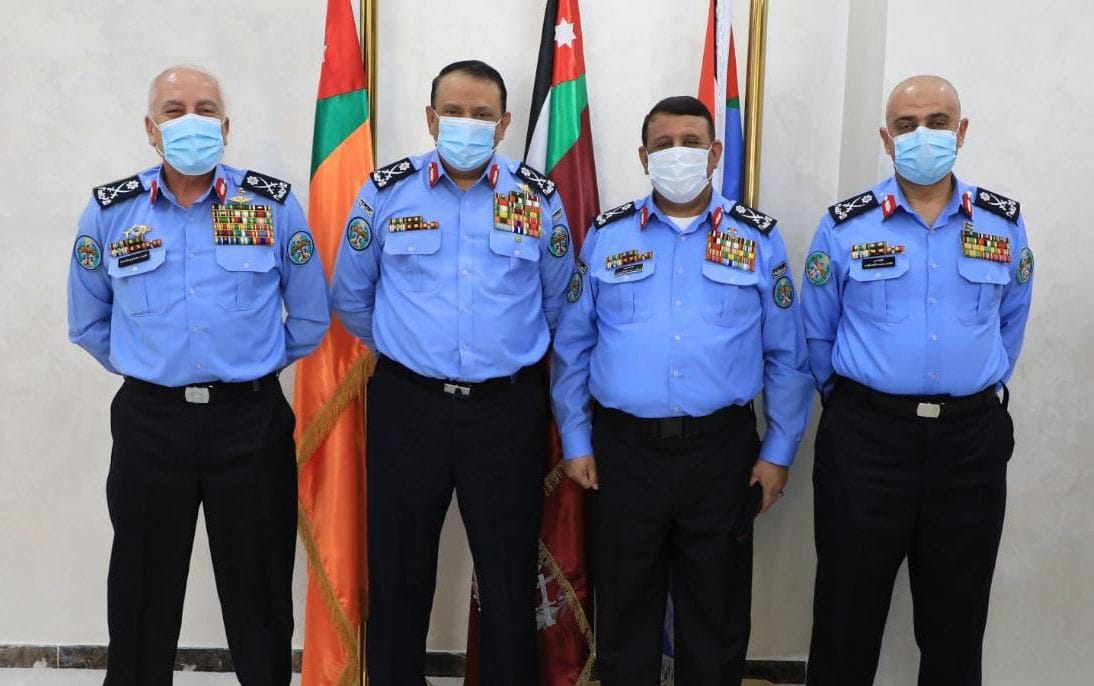