Public Security Director, Maj. Gen. Hussien AlHawatmeh, honored a number of non-commissioned officers who showed courage in the performance of their duty, and rescued three children in house fire.

Maj. Gene. AlHawatmeh said that the chivalry and masculinity is appreciated, expressing his pride in this group of public security men, officers and non-commissioned officers, for the sacrifice they made, reflecting the  public security work by saving lives and providing a the help to everyone in need.

Maj. Gen. AlHawatmeh  stressed that the dealing with this incident  is only a simple example of the daily efforts made around the clock and presented by the public security personnel in all locations for the sake of the homeland and its security, which reflects their keenness to carry out their duties in the best manner.

He indicated  that honoring the personnel  for their distinguished efforts is a continuous approach to appreciating those efforts, an incentive towards more giving, and a motive for their colleagues to follow their example in their high keenness  to perform the security and humanitarian duty. 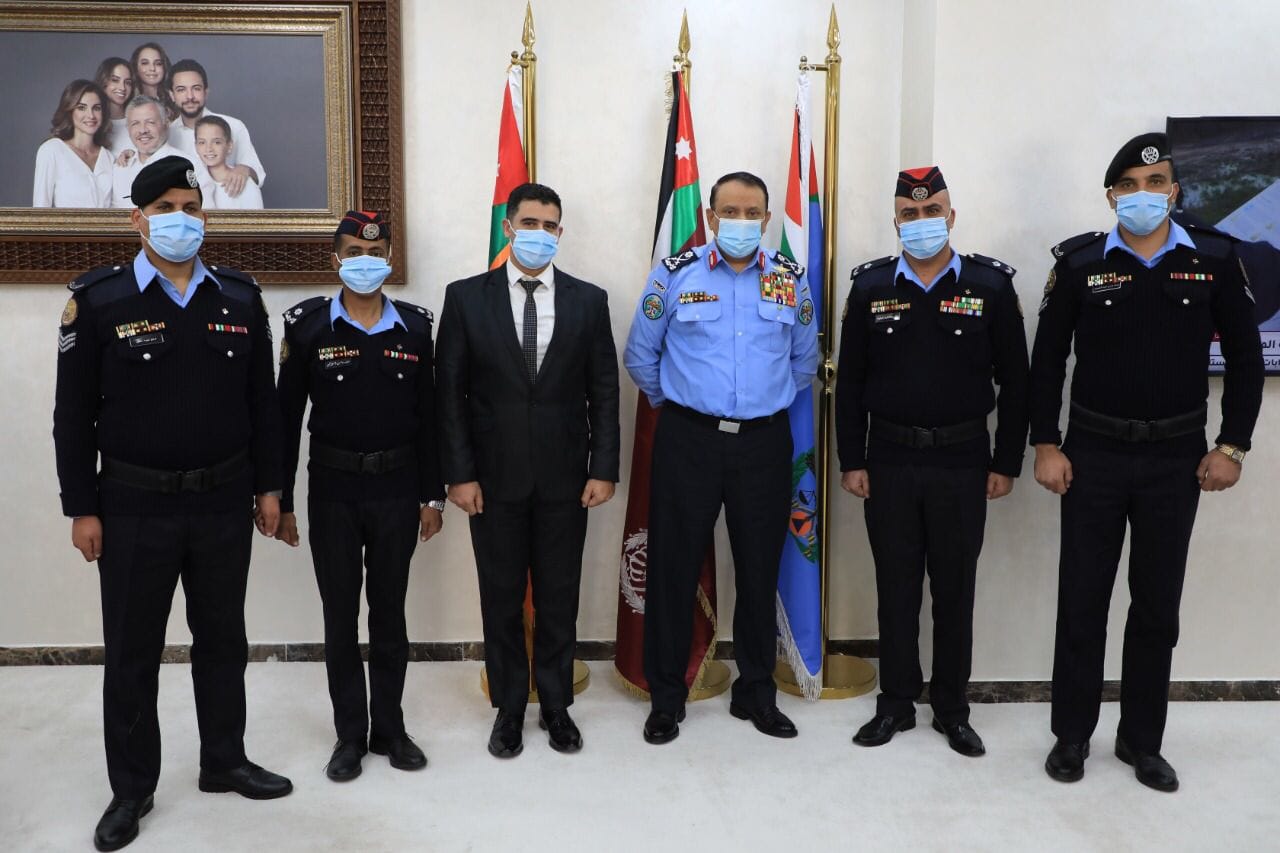