Public Security Ceremonies Group participated in the opening ceremony  of Jerash Festival for Culture and Arts in its thirty-sixth season, which was held on the northern theater in the ancient city of Jerash.

public security music performed musical performances that won the admiration of the attendees, while the Public Security Knights patrols provided security coverage for the festival’s activities. During the festival, the public security knights will present cavalry patrols to maintain security and order 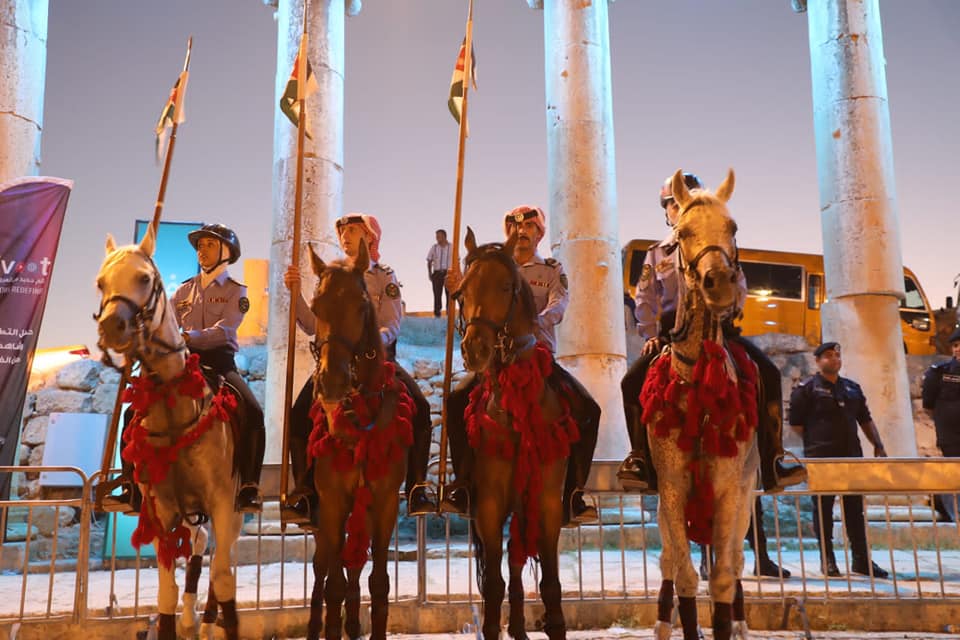 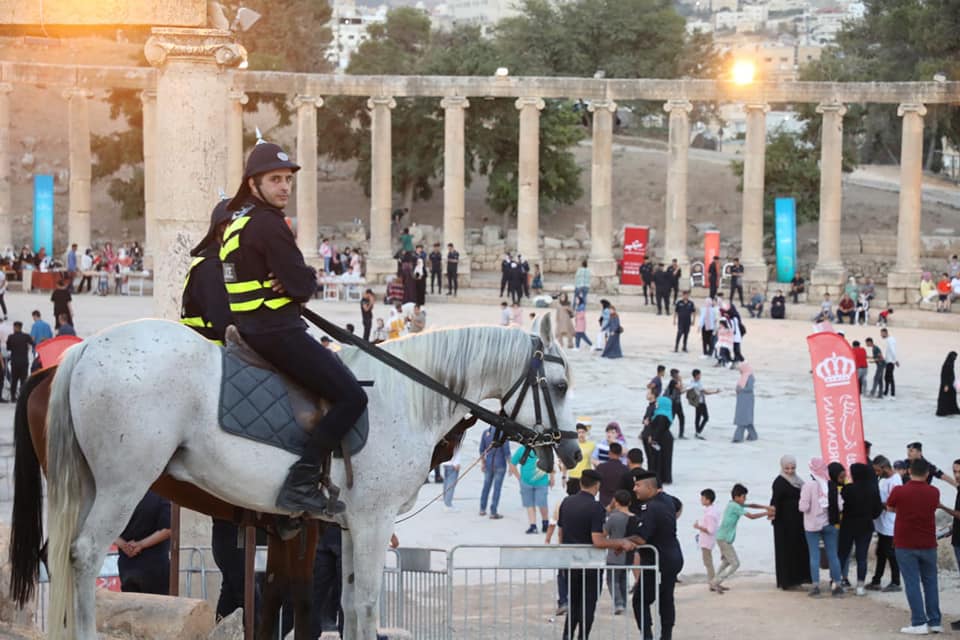 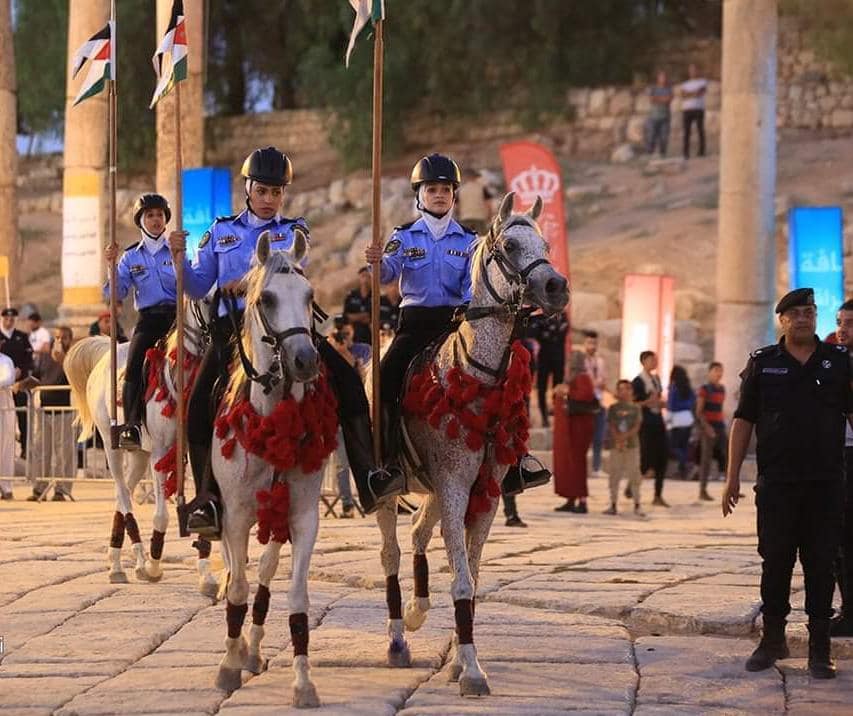 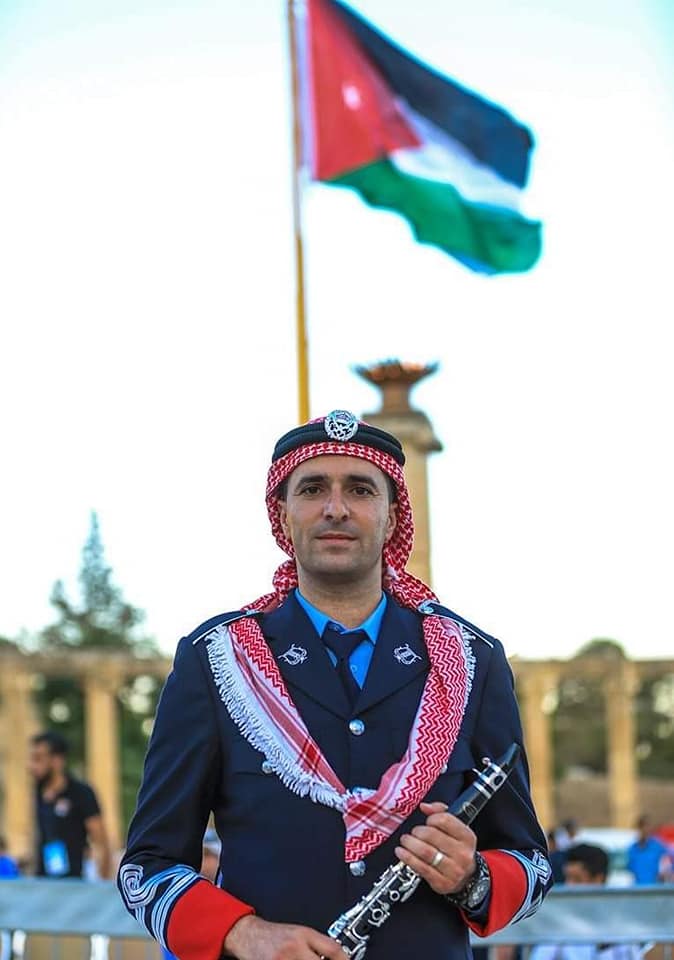 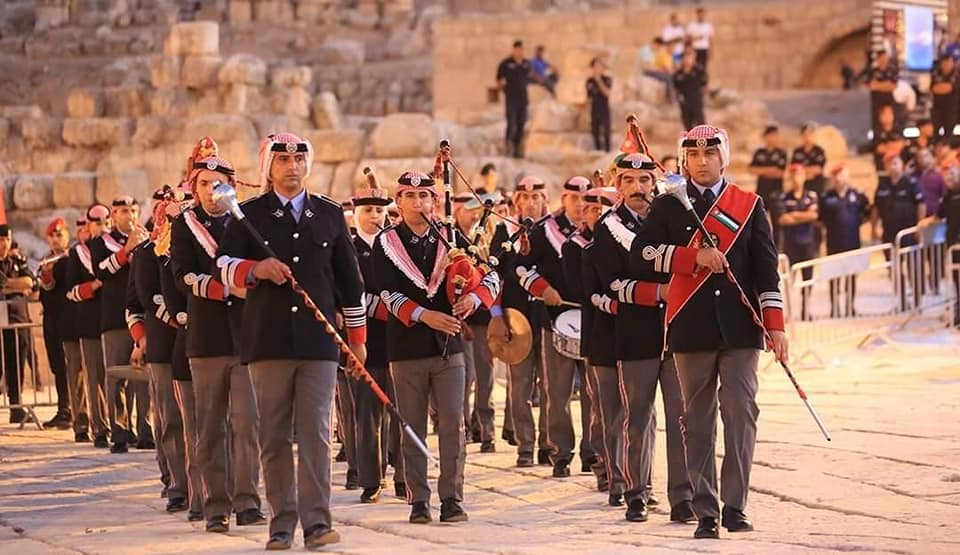 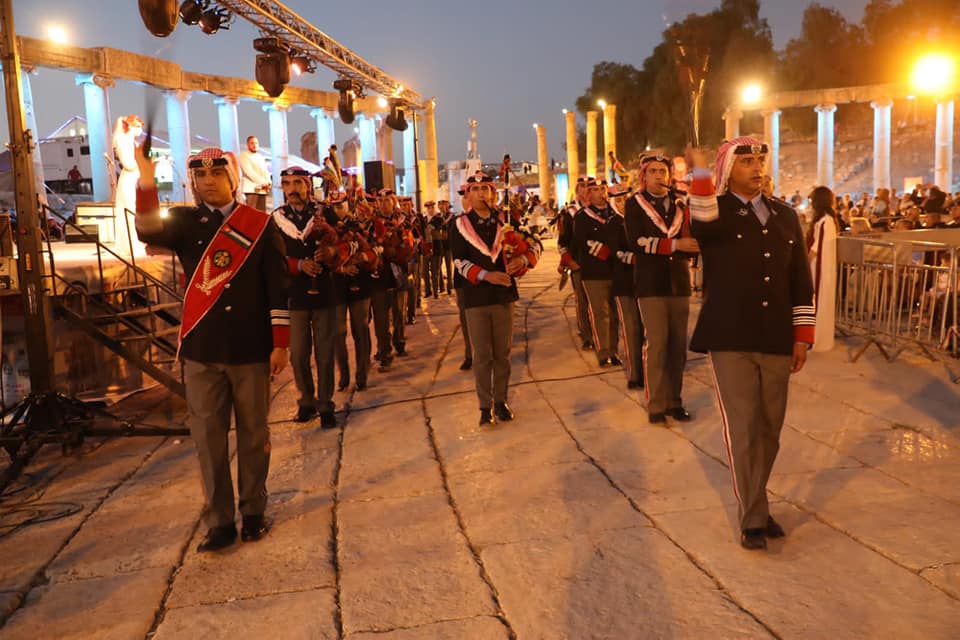 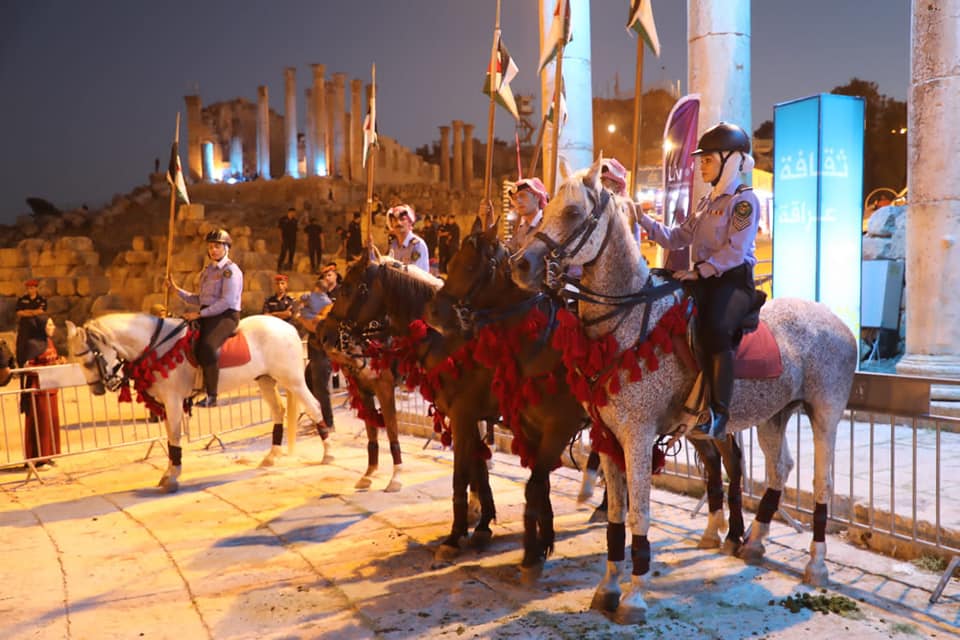