Public Security announces the most liked Photos of the Year 2021

A record and unprecedented interaction, and the winning images are symbols  of brotherhood, rescue and helping hand.

Civil Defense rescues a citizen who collapsed into a cave, a gendarme opens the way for citizens in the snow, and a man walks in difficult weather conditions.

The winning images in the Choose a Picture of the Year 2021 documented a human relationship that brought together public security with citizens.

The competition received nearly half a million interactions; Between likes, comments, and shares, the publication of the official page of the Public Security Directorate received it, “choose the image of the year 2021”

the photo of the search and rescue team from the Civil Defense (rescuing  an injured person in a cave that collapsed in Abu Alanda) took first place with an interaction that reached more than 18,000 likes and 7500 comments, and it appeared from left to right, Lt. Colonel Hashem Muhammad Obeidat, team leader at the bottom of the cave, then Major Imad Ahmed Bani Hamad, and 2nd  LT. Muhammad Hilal Al-Salti, while they were rescuing  a citizen, a cave collapsed in the capital, Amman, in the Abu Alanda region, causing him fractures on 10/18/2021.

the photo of the Moab Gendarmerie (a gendarmerie opens the way for citizens with a snow sweeper in Karak Governorate) came in second place, and received an interaction that reached 14,000 likes and 6,500 comments, and Corp. Muhammad Fawzy from the Moab Gendarmerie leadership appears on horseback, to open a street It leads to a residential neighborhood that was closed due to the accumulation of snow on February 18, 2021.

the photo of a walking man in the capital Amman who works despite harsh conditions and cold weather came in third place. 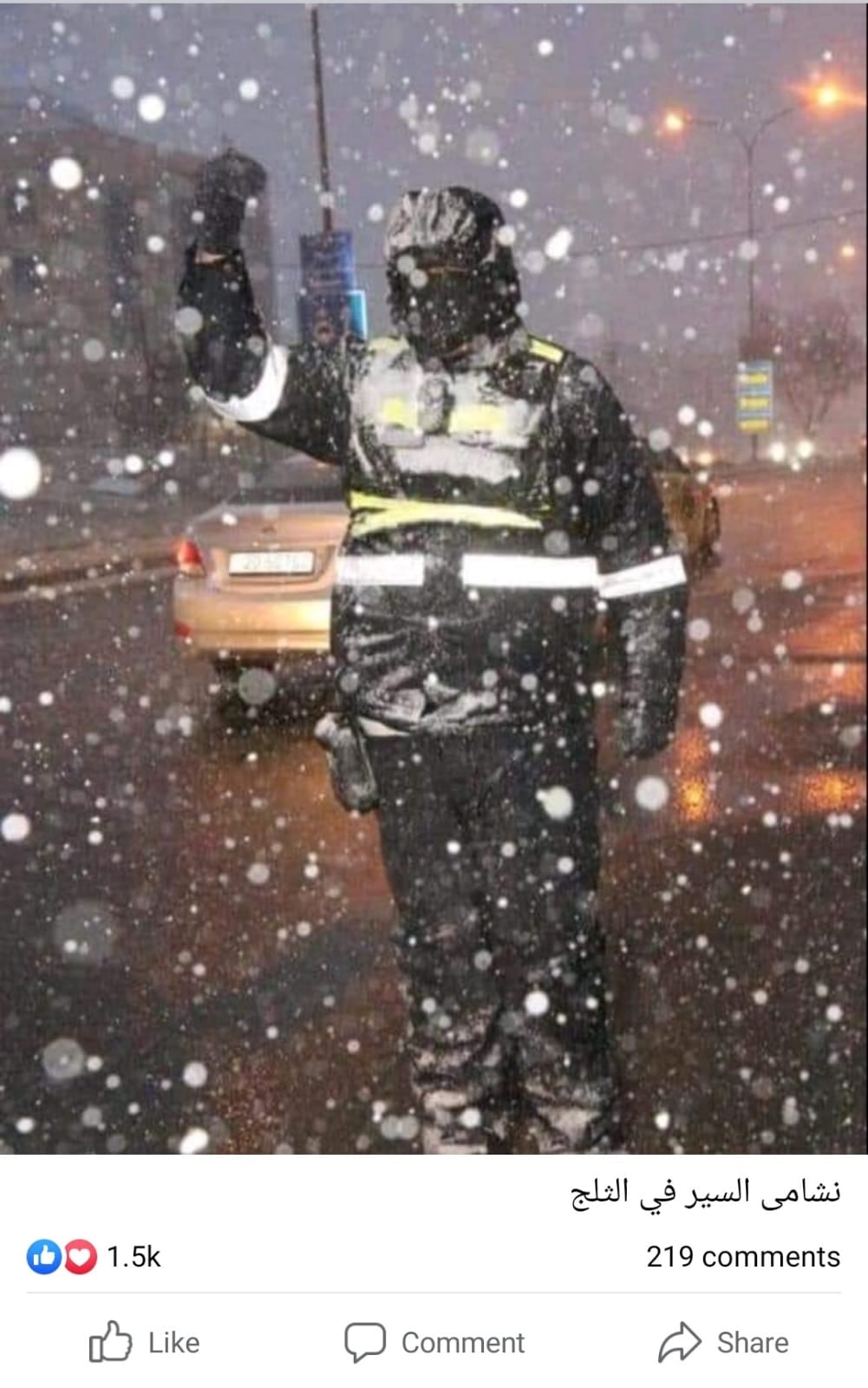 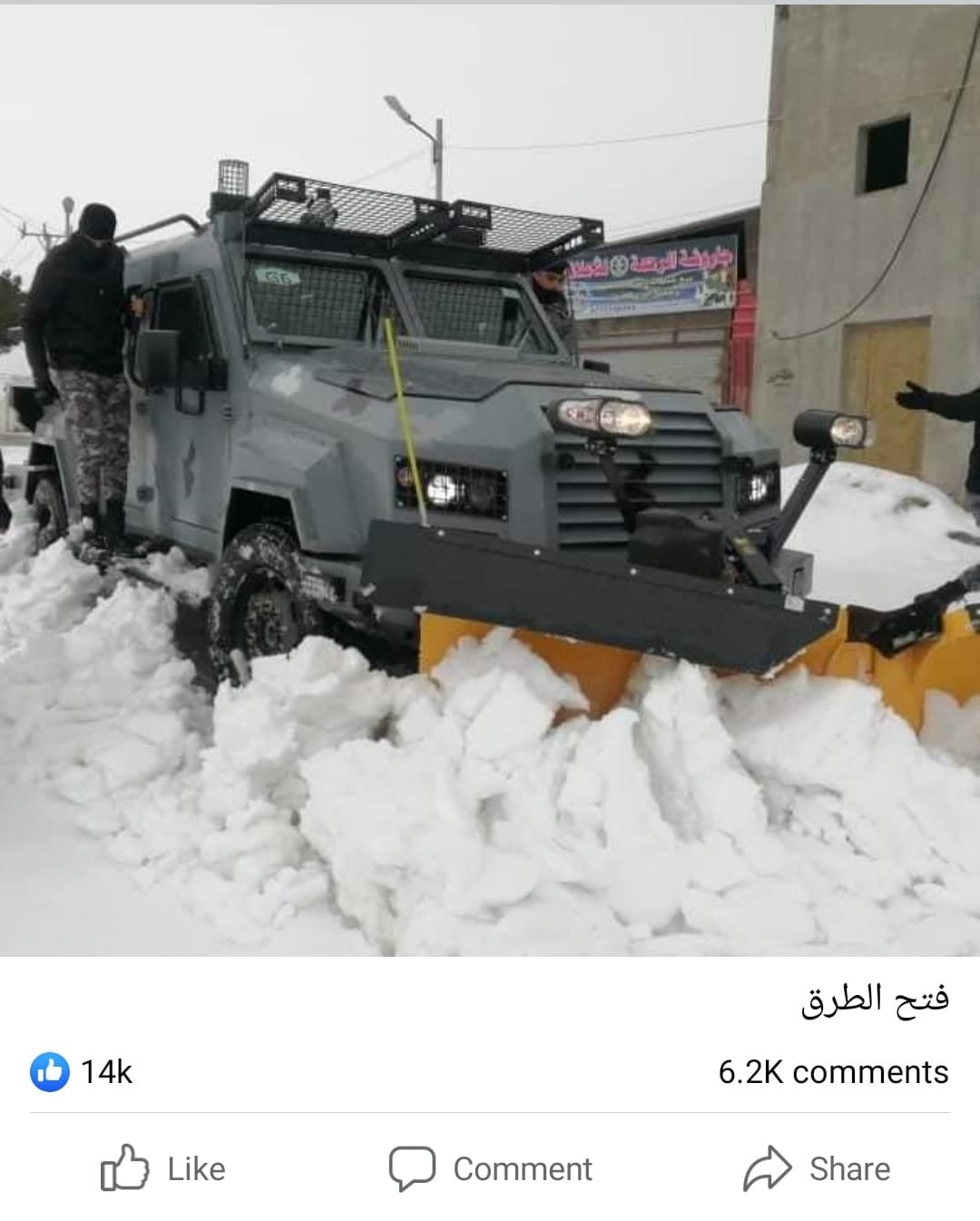 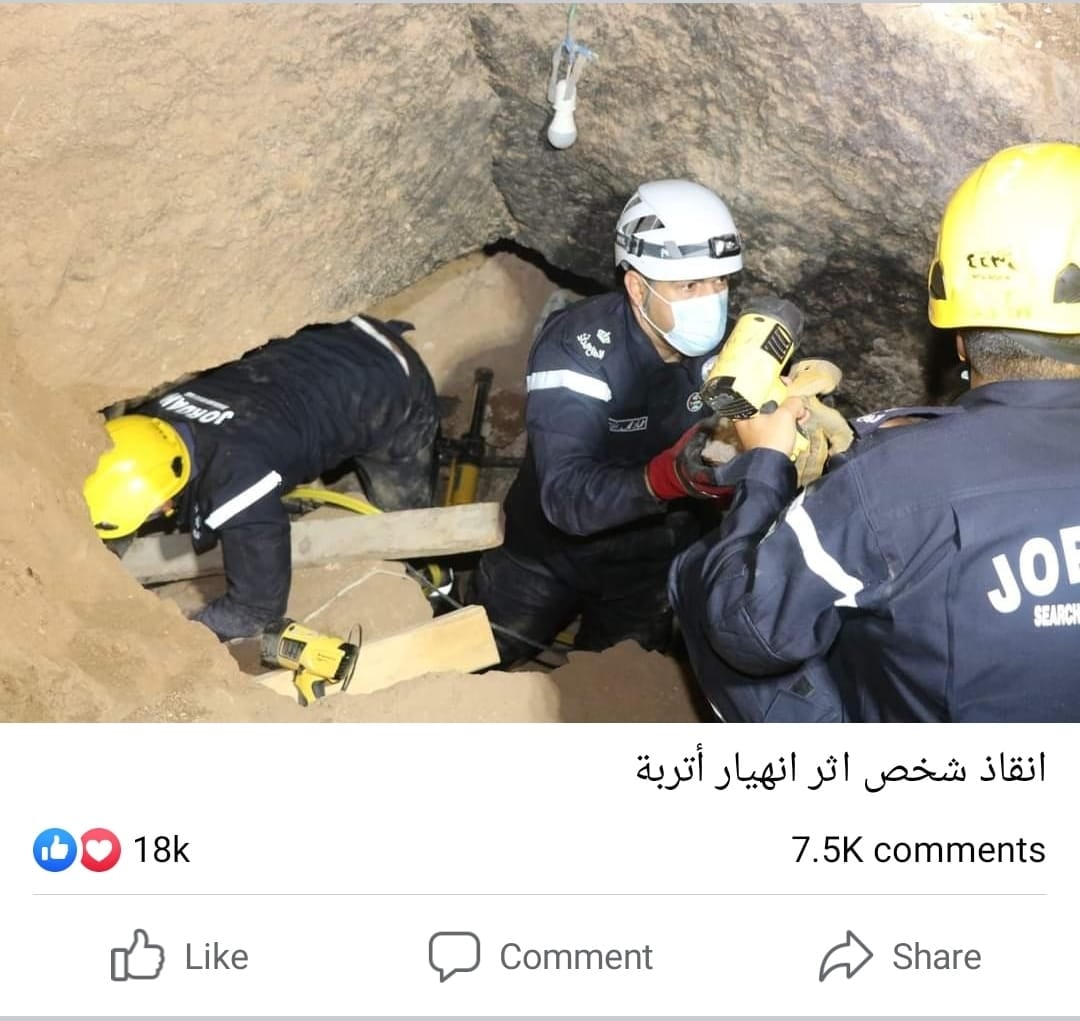