Public Security: A Public Security officer was wounded by gunfire during a raid in the Southern Shuna District, and he is under treatment.

One of the suspects was injured during the operation, and soon he passed away. A person classified as a dangerous drug dealer was arrested. A search is underway for three others who opened fire and fled. Quantities of narcotics and six firearms were seized in their possession.

Public Security Directorate announced that a non-commissioned officer from a security force was shot during a security operation to raid drug dealers in the Southern Shuna District. He was taken to the hospital and still under treatment.

In the details, PSD spokesman confirmed that an investigation team was able to locate drug dealers in the Southern Shuna District, most of whom were classified as dangerous, as a specialized security force moved to the place to raid it.

The spokesman confirmed that as soon as the security force arrived and raided their whereabouts, the suspects opened fire, which resulted in the injury of a member of the security force with a gunshot as a suspect was shot  and taken for treatment, and soon after he passed away.

The spokesman continued, that the security force was able to pursue and arrest a drug dealer, who is classified as dangerous in drug trafficking cases and intimidating citizens, while three other suspects are being searched for, who fired at the force and fled from the place.

He indicated that quantities of narcotics were seized inside the place, in addition to six firearms, and the investigation is still ongoing.

He said that Public Security Directorate wishes the speedy recovery of the injured non-commissioned officer and continues to pursue criminals who have sold death and poisons to society. 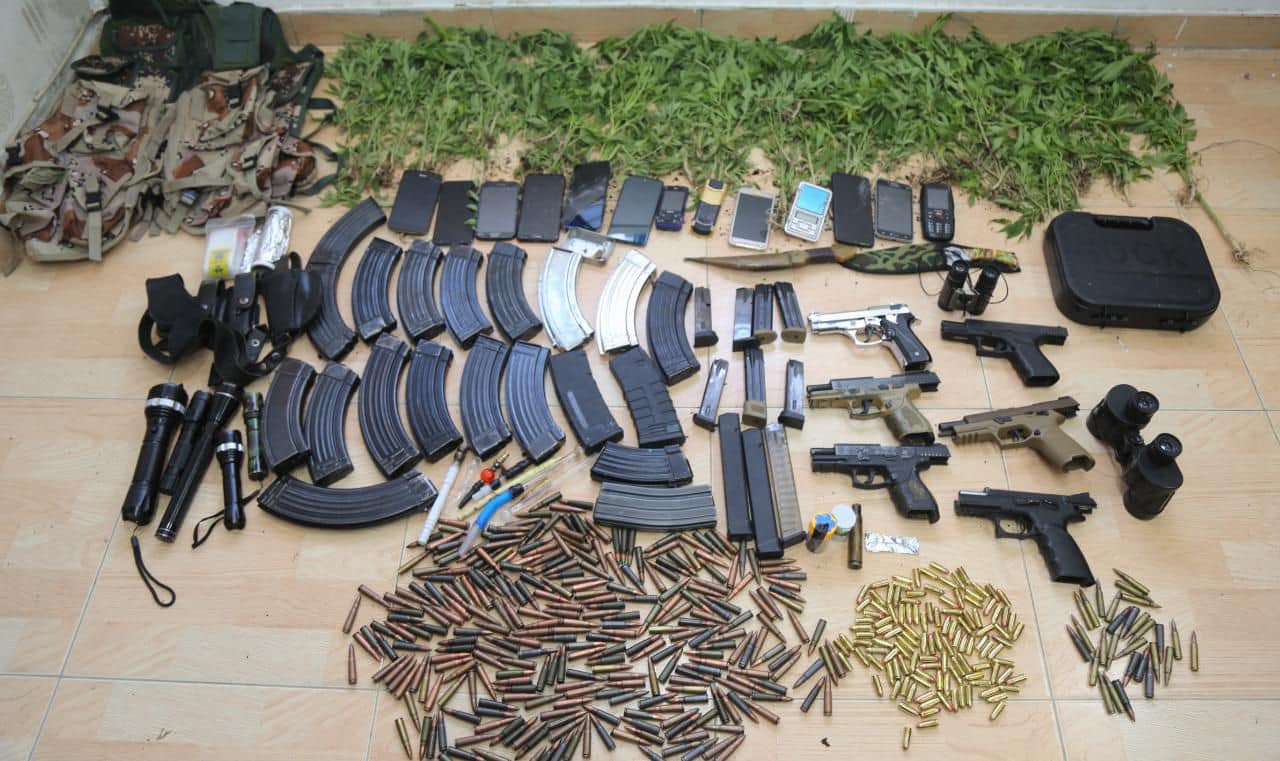