As part of PSD’s efforts aimed at improving the services provided to citizens, the Driver and Vehicle Licensing Department inaugurated today the mobile licensing and technical examination station in the city of Aqaba, in the presence of the Assistant for Managment and Manpower, Brig. Dr. Mutasim Abu Shttal .

The opening of this station comes in implementation of the Royal Visions and Directives of His Majesty King Abdullah II Ibn Al-Hussein in improving the work system, improving performance, as the Drivers and Vehicles Licensing Department works according to a comprehensive and purposeful system to deliver its services to all citizens and their places of residence through all its divisions  spread throughout the Kingdom.

Brig. Abu Shttal  indicated that the city of Aqaba is one of the most important governorates that attract visitors and tourists, and witnesses tourism and commercial activity throughout the year.

It is noteworthy that the mobile licensing service is one of the pioneering projects developed by the Public Security Directorate, with the aim of expanding the framework of its services, reaching citizens in remote places, providing them with service and saving them time and effort. 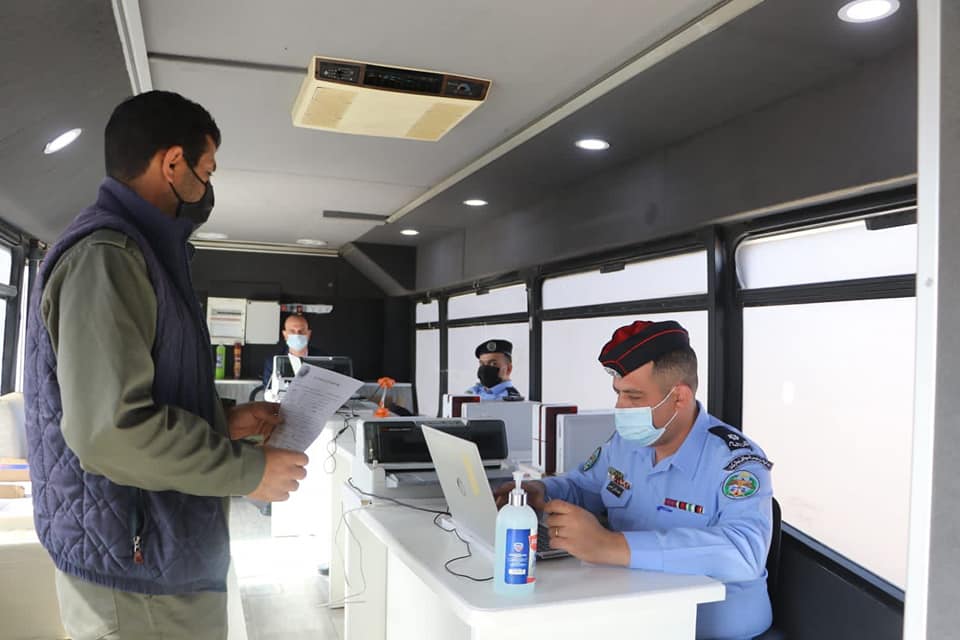