PSD: Arrest of a dangerous and armed wanted man in connection with a murder case months ago in West Balqa

** The wanted person disappeared after involvement in the  crime, and two firearms were seized

PSD spokesman said that a security force raided this evening the whereabouts of a wanted man, classified as dangerous and armed, in one of the western Balqa regions, and was able to arrest him for further investigation.

PSD spokesman indicated that this wanted man had killed a person months ago and injured another due to disputes  between the two, the investigation team followed the information and was able to identify  his location, the suspect was raided him and arrested, two firearms were seized in his possession, one of which is automatic. 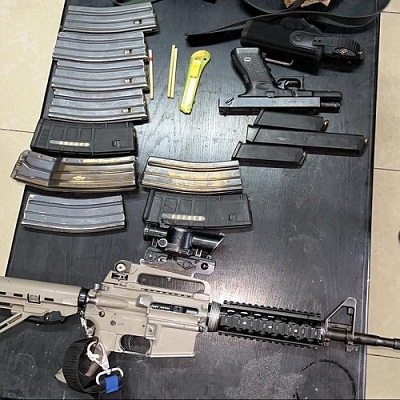