Maj. Gen. Al-Maaitah receives the Ambassador of the United Kingdom

The Director of Public Security, Maj. Gen. Abeidallah Maaytah, received in his office today, the British Ambassador to Jordan Bridget Brind, and her accompanying delegation.

During the meeting, the two sides discussed ways to enhance joint cooperation between the Public Security Directorate and the British police.

Al-Maaitah stressed the importance of the existing strategic partnership between the police forces in the two friendly countries, and its impact on enhancing security capabilities and exchanging training and technical expertise.

For her part, Brind praised the advanced level that the Public Security Directorate has reached, and the good reputation it enjoys, expressing her country's keenness to consolidate the partnership between the police agencies  in a way that contributes to the service of the two friendly peoples. 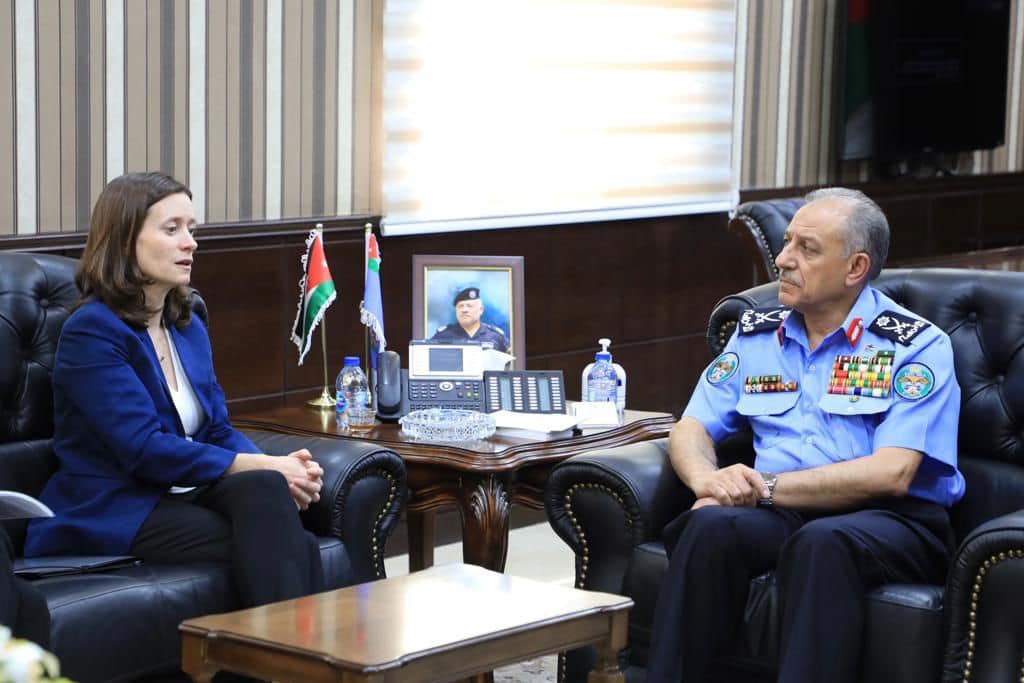