Gallup: Jordan is the 10th in the world in terms of sense of security

Jordan ranked tenth internationally in the level of residents' sense of security when roaming their areas of residence, according to the "Global Law and Order, 2022" index, issued by the American Gallup Workplace Consulting & Global Research

Gallup issued its annual Law and Order Report, which included an opinion poll among the world's population, and relied on key questions that answer the extent to which residents feel secure, and the extent to which they trust security personnel and their ability to enforce the law.

According to the report prepared by international researchers, and at the level of the general index, Jordan ranked 16th internationally in "law and order" among the countries of the world, scoring 89 points out of 100 available points, while the global average reached 71%.

Also, 87% of the population in Jordan expressed their feeling of security when leaving  their areas of residence alone, while the average percentage in other countries was 70%. 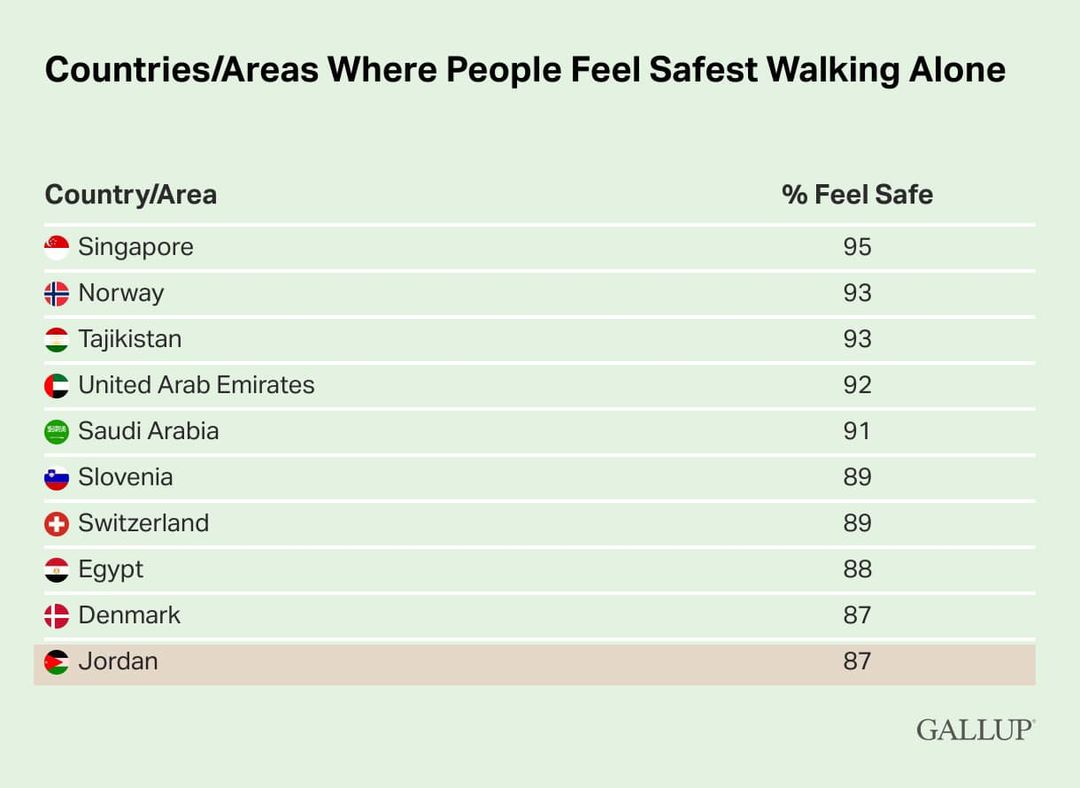