Yesterday, Tuesday, HRH Prince Hussein bin Abdullah II, the Crown Prince, attended the Nashama Response drill, which was carried out by the General Command of Jordan Armed Forces - the Arab Army, with the participation of the security agencies, ministries and relevant national institutions.

The Drill aims at raising the level of coordination and readiness of the elements of the rapid response components in managing crises resulting by the use of chemical and biological factors and hazardous materials, controlling them and limiting their impact.

The Drill, which was attended by the Director of General Intelligence, the Director of Public Security and the Assistant Chairman of the Joint Chiefs of Staff for Operations and Training, simulated a possible scenario of a terrorist attack in which innovative explosive devices were used linked to chemical factors, and the hypothesis of liberating hostages held by terrorists and the process of releasing them.

The participants applied the mechanisms of dealing with innovative explosive devices planted by the terrorist group, the process of separating them from chemical factors, and disinfection procedures for people infected by explosives using the latest systems.

In the exercise, which was organized  at the King Abdullah II Special Forces Training Center (KASOTC), they also applied the mechanisms of dealing with mass casualties, the process of seizing dangerous materials, taking samples and criminal evidence, and rehabilitating the area of ​​the event.

The participants in the exercise demonstrated a high level of coordination and participation in the implementation of duties, according to the standard procedures that were formulated at the national level to respond to such incidents.

During the exercise, His Highness the Crown Prince was briefed by the Director of the Royal Engineering Corps on the rapid response system, which consists of specialized teams from the Armed Forces, the Public Security Directorate, the General Intelligence Department, the Ministry of Health, the Ministry of Environment, and the National Center for Security and Crisis Management. 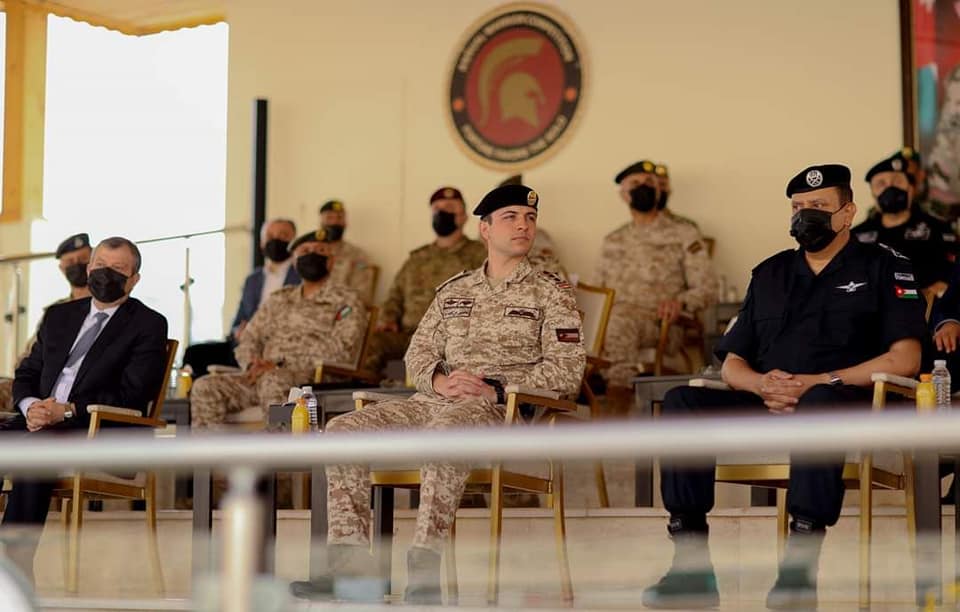 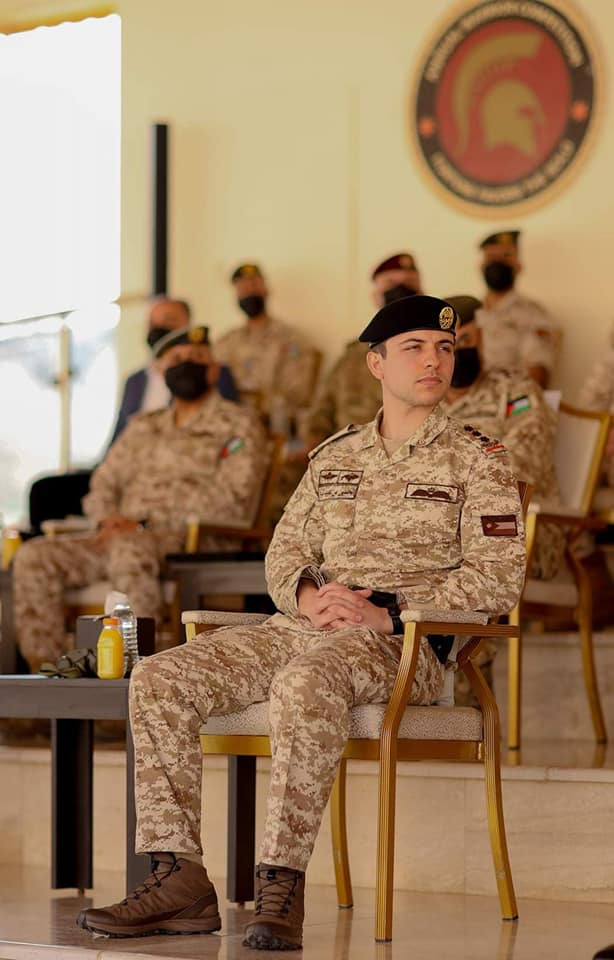 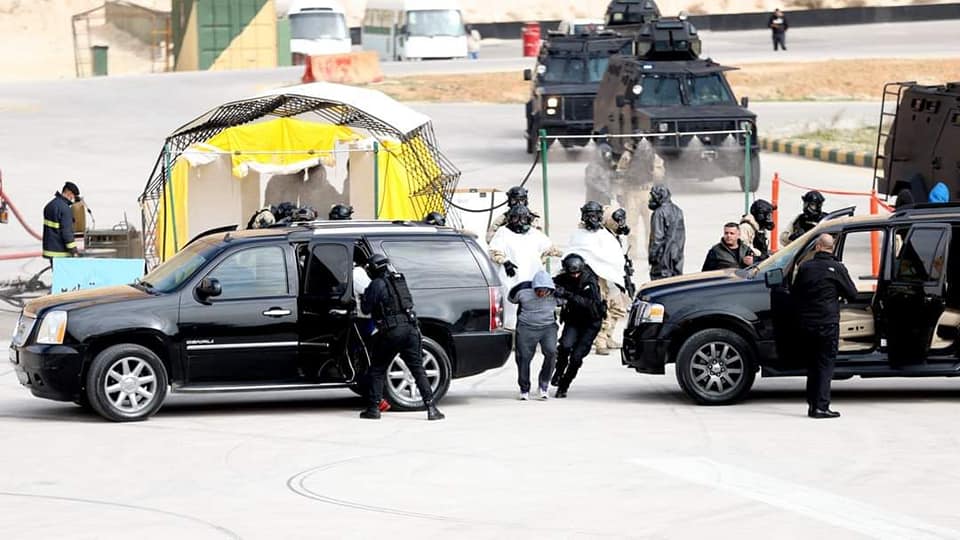 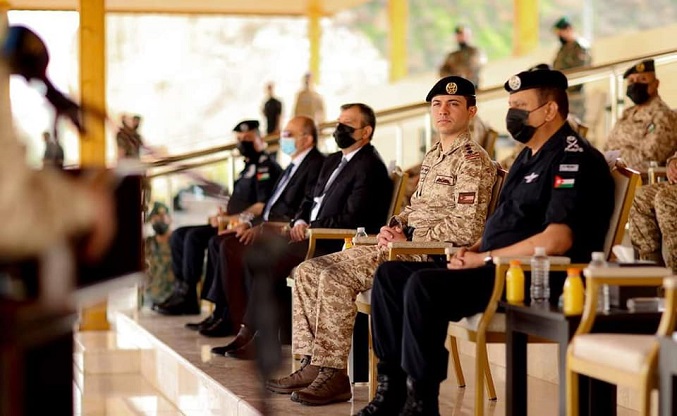 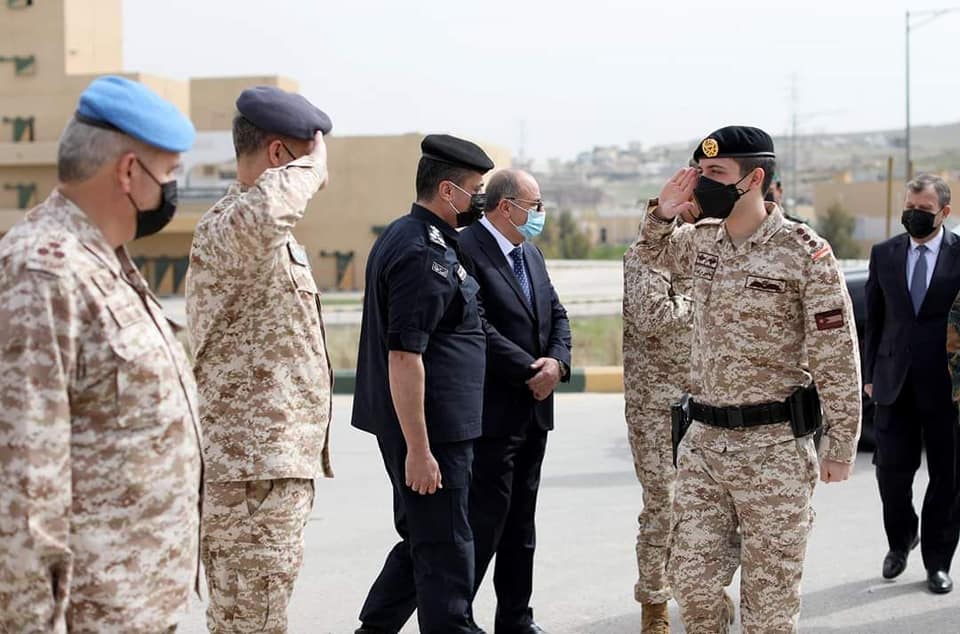 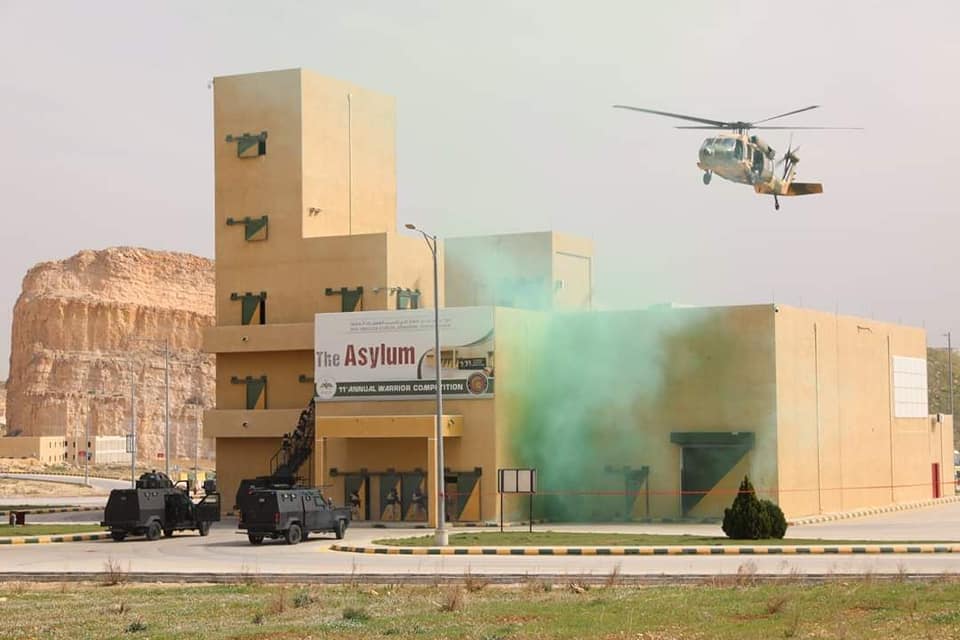