Great professionalism during the rescue operation, despite the rugged terrain and the distance of the site from the road by a distance of 4 km.

Rescue and ambulance teams at the Dead Sea Martyrs Center, the International Search and Rescue Team, and West Balqa Police managed this evening to rescue a twenty-year-old girl who fell from a rocky mountain  in the Dead Sea area.

The participating teams made great and strenuous efforts to rescue the victim, especially since the area in which the girl fell is about 4 km away from the road.

The Jordan search and rescue team, supported by the Dead Sea Martyrs Center, contributed to rescuing the injured by using ropes and specialized equipment for this type of incident, and lighting towers to reach the injured in time to be treated and transported on foot for a distance of 4 km due to the rugged terrain, where she was transported by an ambulance and referred to the nearest hospital in the area, and her general condition was described as moderate. 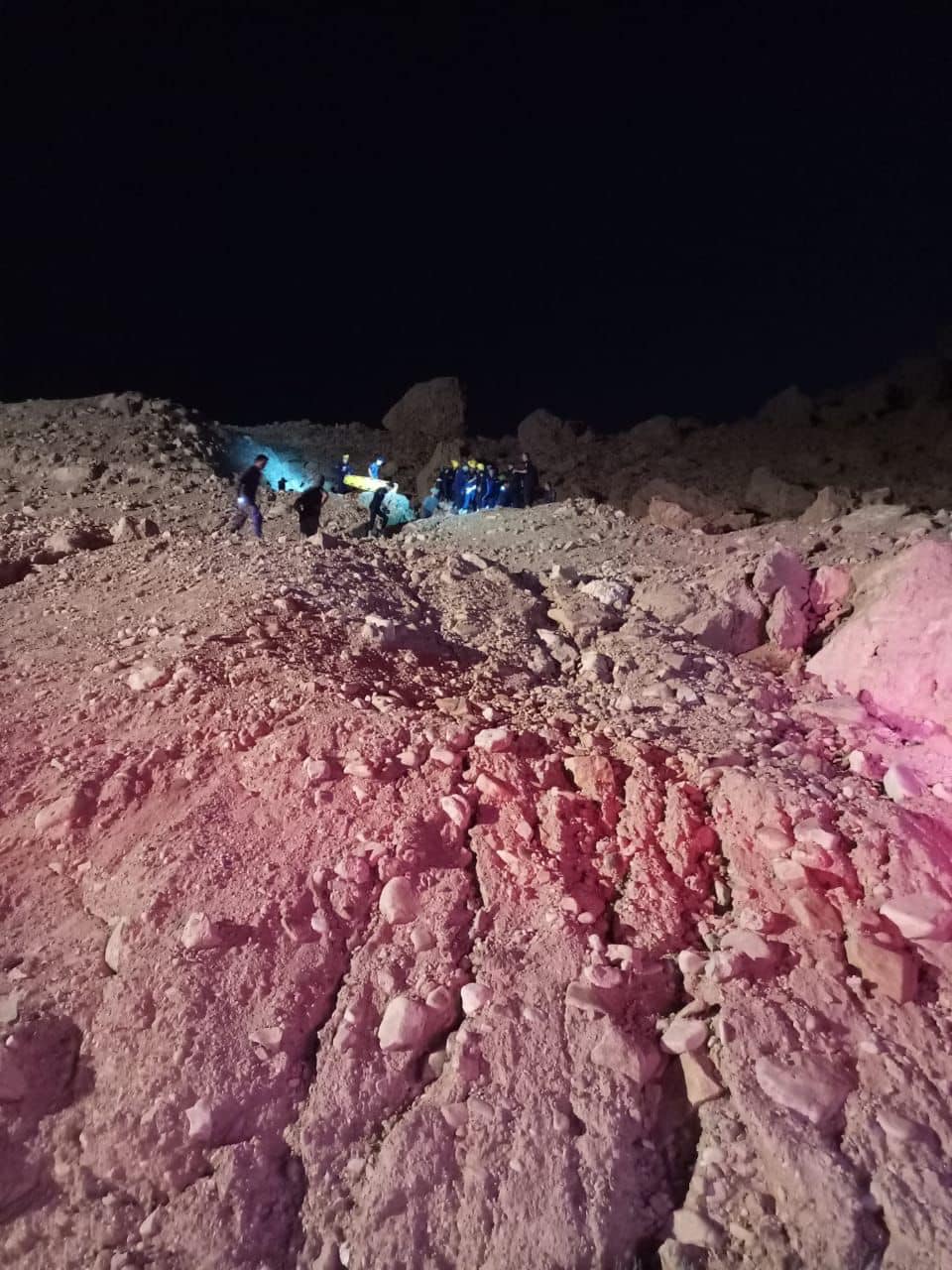 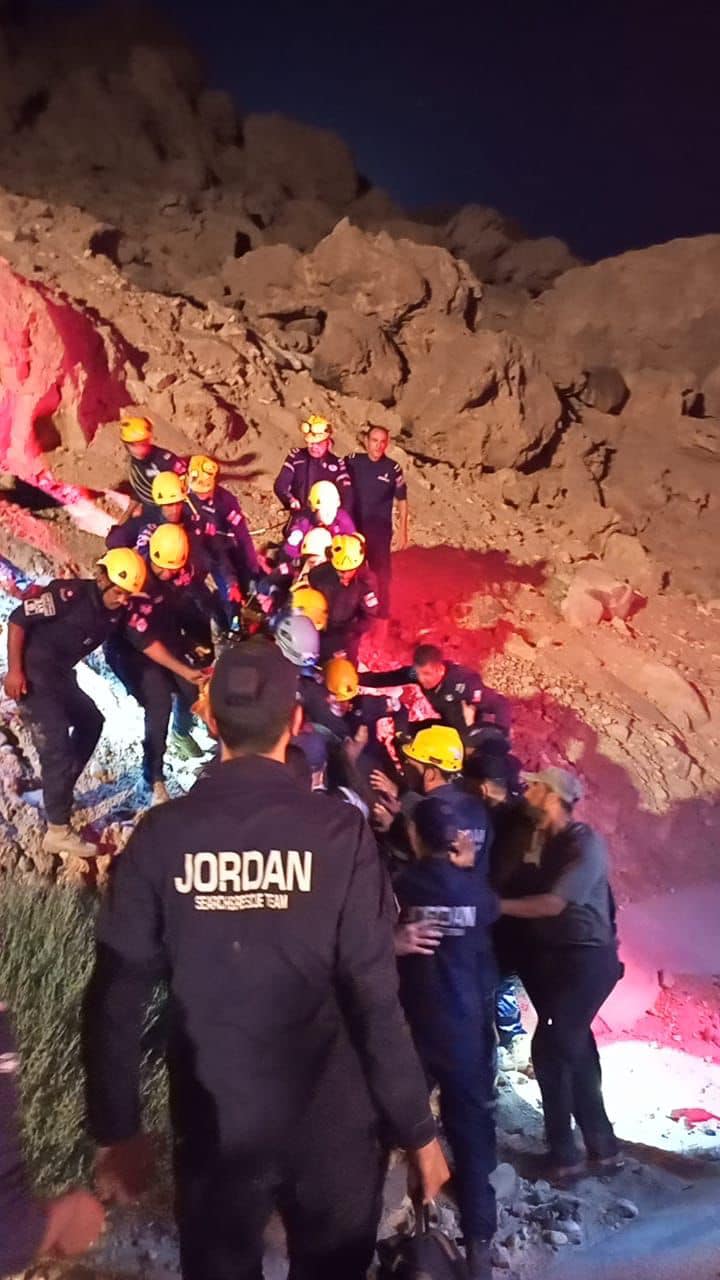