Three drug dealers were arrested in Ramtha District, one of them classified as dangerous, and large quantities of narcotics were seized in their possession.

PSD spokesman said that during their intensive operations  against drug dealers and promoters, AND have dealt with a number of specific cases, during which large quantities of narcotic substances and their dealers were seized.

In Zarqa Governorate, a special investigation team from the department  followed up and collected information about a group of people who had acquired a large quantity of narcotic pills in order to sell them inside the Kingdom. The arrest of seven people involved in the case.

PSD spokesman added that in Ramtha, a criminal network of drug dealers and promoters was seized, After following up on information, it received information about three people, one of whom was classified as dangerous and armed, and who sold and promoted drugs.

They were raided and arrested at different times and places. Two of them were caught in possession of firearms, and they tried to resist the force when they were arrested.

Large quantities of narcotic pills, narcotic crystals and narcotic hashish prepared for sale were seized during the operation . 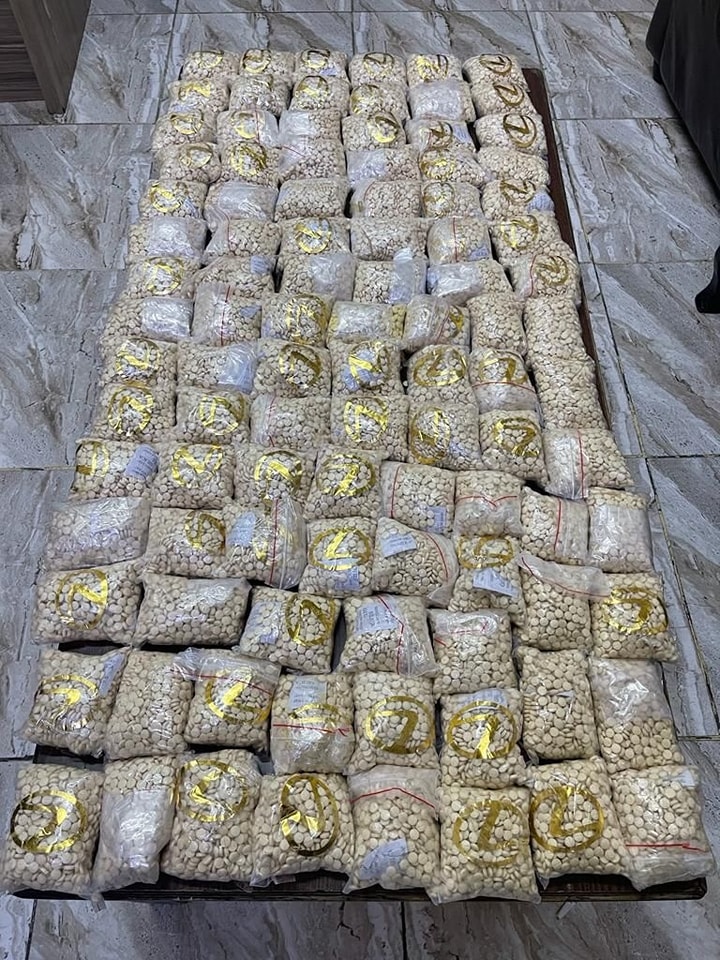