In those cases, a group of drug dealers and promoters were arrested and quantities of narcotic substances  were seized in their possession, and all of them were referred to the judiciary.

In the first case, after collecting information about a person’s trafficking and promotion of narcotic substances in the east of Amman, the suspect  was raided and arrested, 34 packages of hashish were seized in his possession, in addition to 4000 Captagon pills and hashish supplied for sale. Quantities of cocaine, crystal narcotics and a firearm were seized

In the second case, in the  south of Amman, a narcotic dealer and promoter was arrested in the act, and 30 packages of hashish and Captagon pills were seized.

In the third case in Irbid Governorate, the information received about the possession of large quantities of hashish and crystal narcotics by a group of suspects, and their trafficking and promotion inside the Kingdom locations was raided and three suspects were arrested. 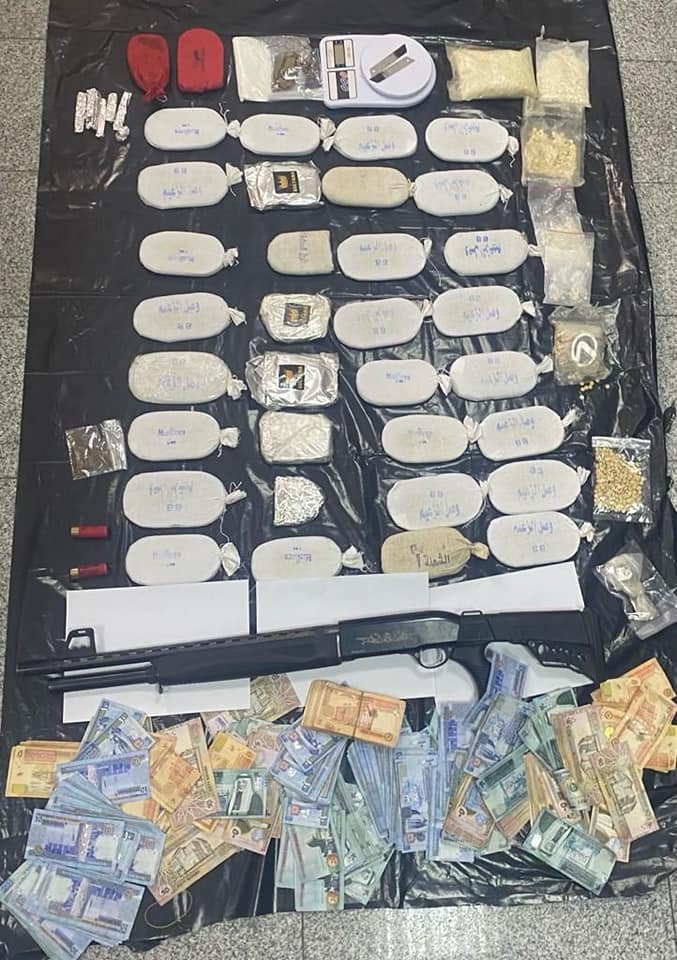