Anti-Narcotics Department carries out crackdowns  in different regions of the Kingdom, during which it arrests 20 drug dealers, and seizes large quantities of narcotic substances.

The most prominent of these operations  was in Aqaba governorate, during which 6 drug-dealers were arrested

In the northern desert, drug-dealers were arrested

In Zarqa Governorate, drug-dealers were arrested

In Tafila Governorate, drug-dealers were arrested.

A dangerous drug dealer was arrested in Ajloun governorate, intimidation and kidnapping of citizens.

PSD spokesman said that AND cadres  carried out, during the past 24 hours, security operations  against dealers and promoters of narcotic substances in various regions of the Kingdom, during which they arrested 20 suspects of drug dealers who spread these toxins among members of society.

The most prominent of these operations was in the Aqaba Governorate, where, in cooperation with the Police Directorate and the Gendarmerie Forces, a raid and search took place of the locations  of a number of suspects in drug trafficking and promotion.

In Ajloun Governorate, after weeks of intelligence work and effort, collecting information on a wanted person classified as dangerous and against him 21  judicial restrictions for drug cases and intimidation of citizens, the investigation team assigned to follow him up managed to locate him, raided him, and arrested him after he resisted the force and was seized in possession of a firearm and an amount of drugs.

In Al-Karak Governorate, a drug dealer was arrested while he was transporting a quantity of narcotic substances in a vehicle, and when the vehicle was searched, 1,000 narcotic pills and a package of hashish were seized inside it. Also, in Ma’an Governorate, a drug dealer was arrested after he resisted the force and was arrested with a firearm and a quantity of narcotic substances. In the center of the capital, two promoters were arrested after they were raided, and 4 packages of hashish and an amount of narcotic pills were seized.

In Al-Mafraq Governorate, information was received about a drug-dealer transporting large quantities of narcotic substances by means of a vehicle. He was followed up, stopped, and arrested. When the vehicle was searched, 12,000 narcotic pills were found hidden inside the vehicle's spare tire. 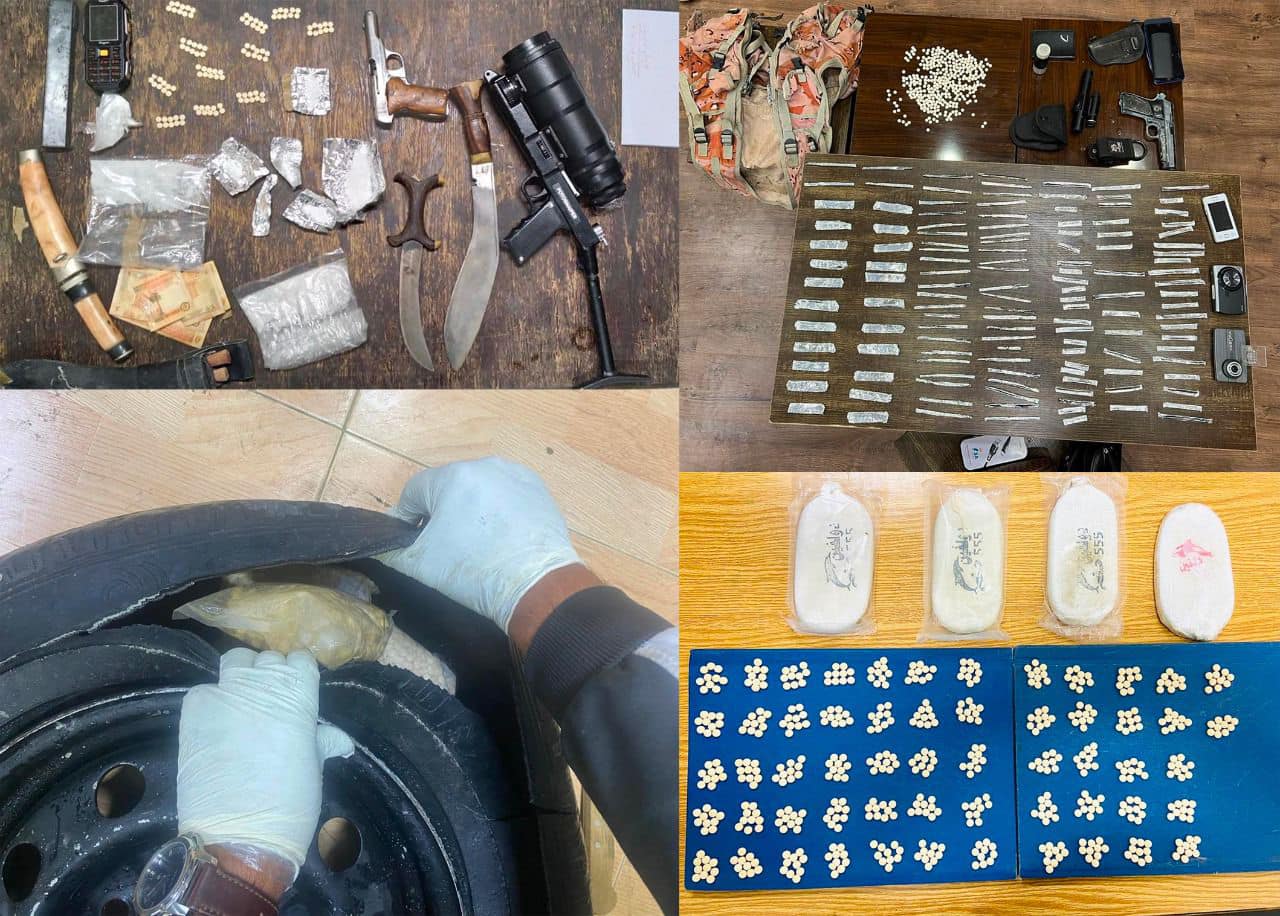 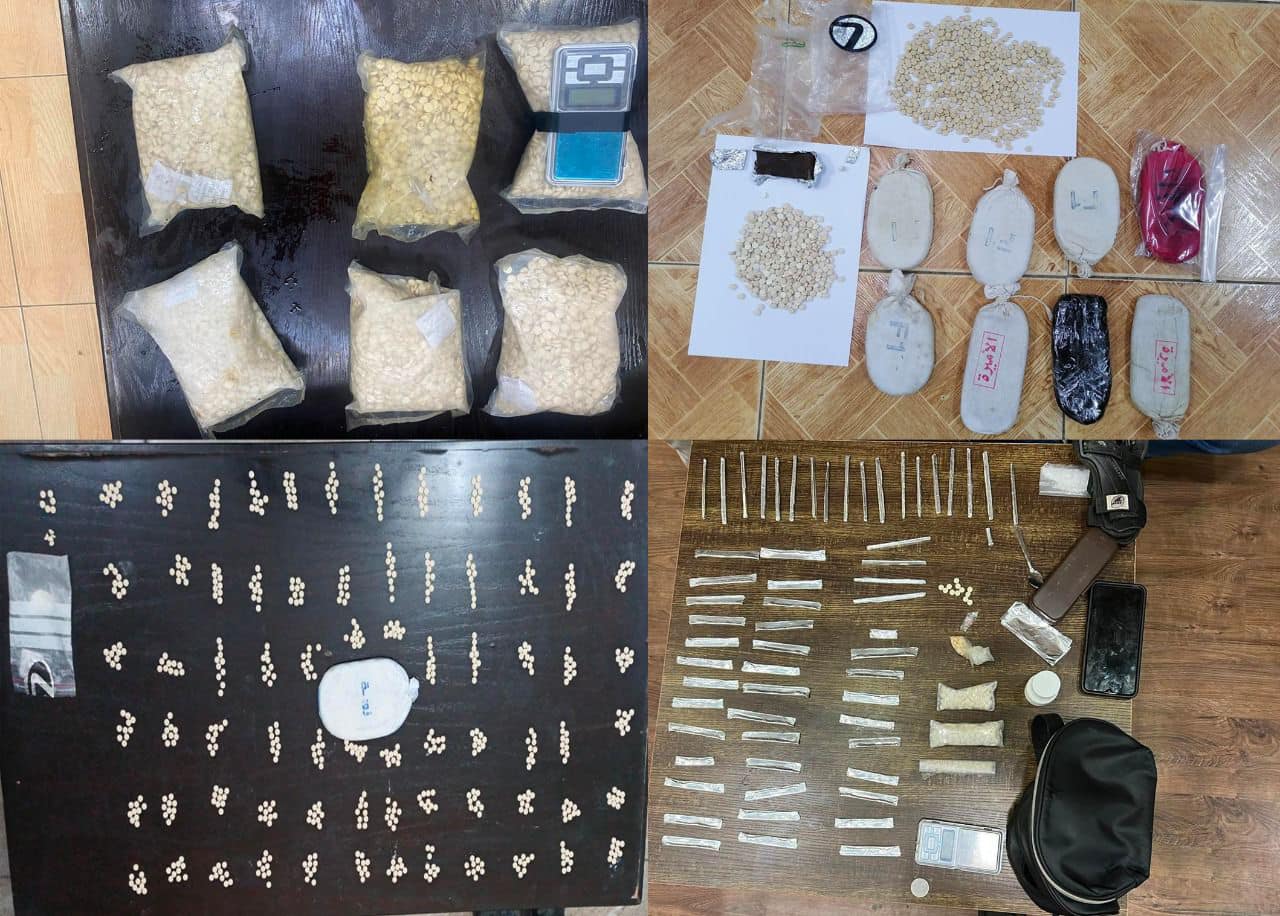