AND carries out  operations against drug dealers and promoters in various regions of the Kingdom during the past 48 hours.

During these operations and raids, 18 drug-dealers and promoters were arrested in the capital, the central desert, the Ramtha district, and the governorates of Irbid and Mafraq.

Suspects arrested and large quantities of narcotics and firearms were seized.

PSD spokesman said that Antinarcotics operations to pursue and control all criminal activities related totrafficking and promotion, continued intensively in various regions and governorates of the Kingdom to reduce this deadly scourge and prevent those criminals from spreading it among the members of society.

The spokesman stressed that the security operations and raids that were carried out in the capital, the Central Badia, the Ramtha district, and the governorates of Irbid and Mafraq over the past 48 hours led to the arrest of 18 drug-dealers, among the most dangerous, and seized large quantities of drugs and firearms in their possession.

The most prominent qualitative cases that were dealt with were the raids of two dangerous drug dealers who are among the most active drug dealers and promoters in the capital, they were arrested in one of the areas to the south of the capital, after the inspection, it was found, 72 packages of narcotic hashish and 14,000 pills. Narcotics, 1 kg of Joker powder, and an amount of narcotic crystal.

While another promoter was raided in the east of the capital and arrested after he resisted the force, he was arrested with 2,500 narcotic pills, two packages of narcotic hashish and two firearms. In the south of the capital, one of the promoters was also arrested and seized in his possession of separate quantities of narcotic substances intended for sale.

In another case, after collecting information about a person and making sure that he transported a quantity of narcotic substances in order to sell them in one of the areas east of the capital, the necessary ambush was set for him, and he was raided inside his vehicle and arrested with 6 packages of hashish in addition to 4 thousand narcotic pills.

In Irbid governorate, after monitoring and collecting information about two suspects in cases of trafficking and promoting narcotic substances, and making sure that they used one of the tents in an area free of residents for that purpose, they were raided and arrested. By searching the tent, 14,000 narcotic pills, two palms of hashish and a firearm were found inside.

The anti-narcotics cadres, with the support of the police directorates, carried out extensive security operation in the Mafraq and Ramtha to arrest promoters, wanted persons, and suspects in promotion cases. Five other persons were also arrested, and they were seized with narcotic substances intended for sale, in addition to 5 firearms.

The spokesman confirmed that Public Security Directorate, represented by AND with the support of all concerned departments and police units, will continue its operations and raids against drug dealers and promoters 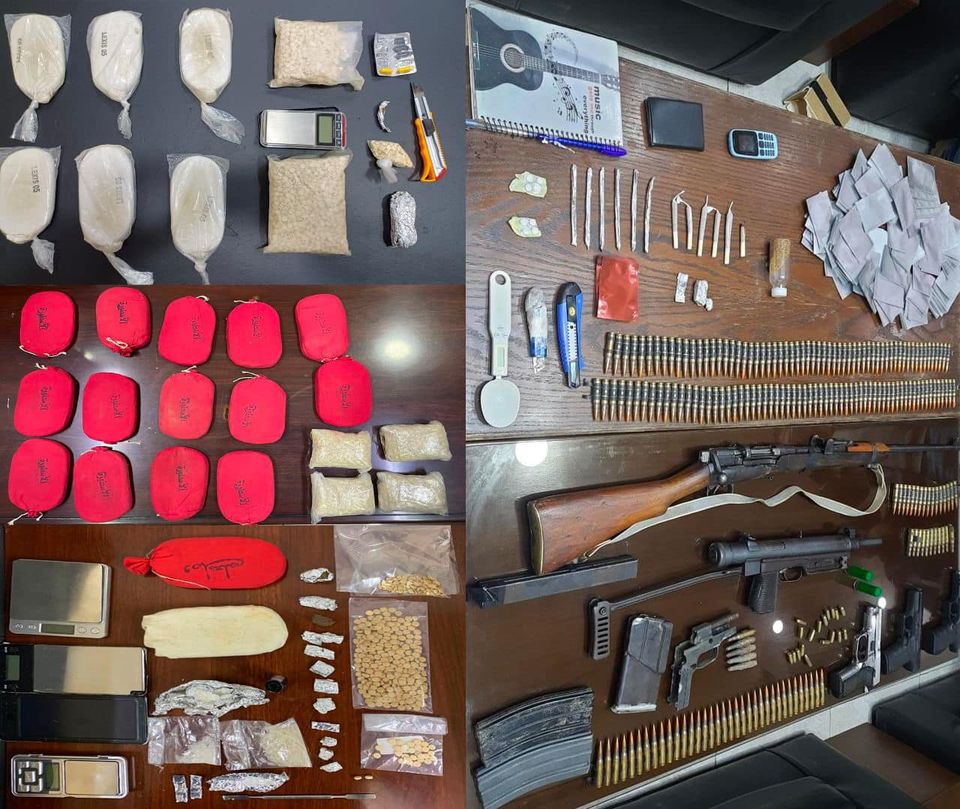 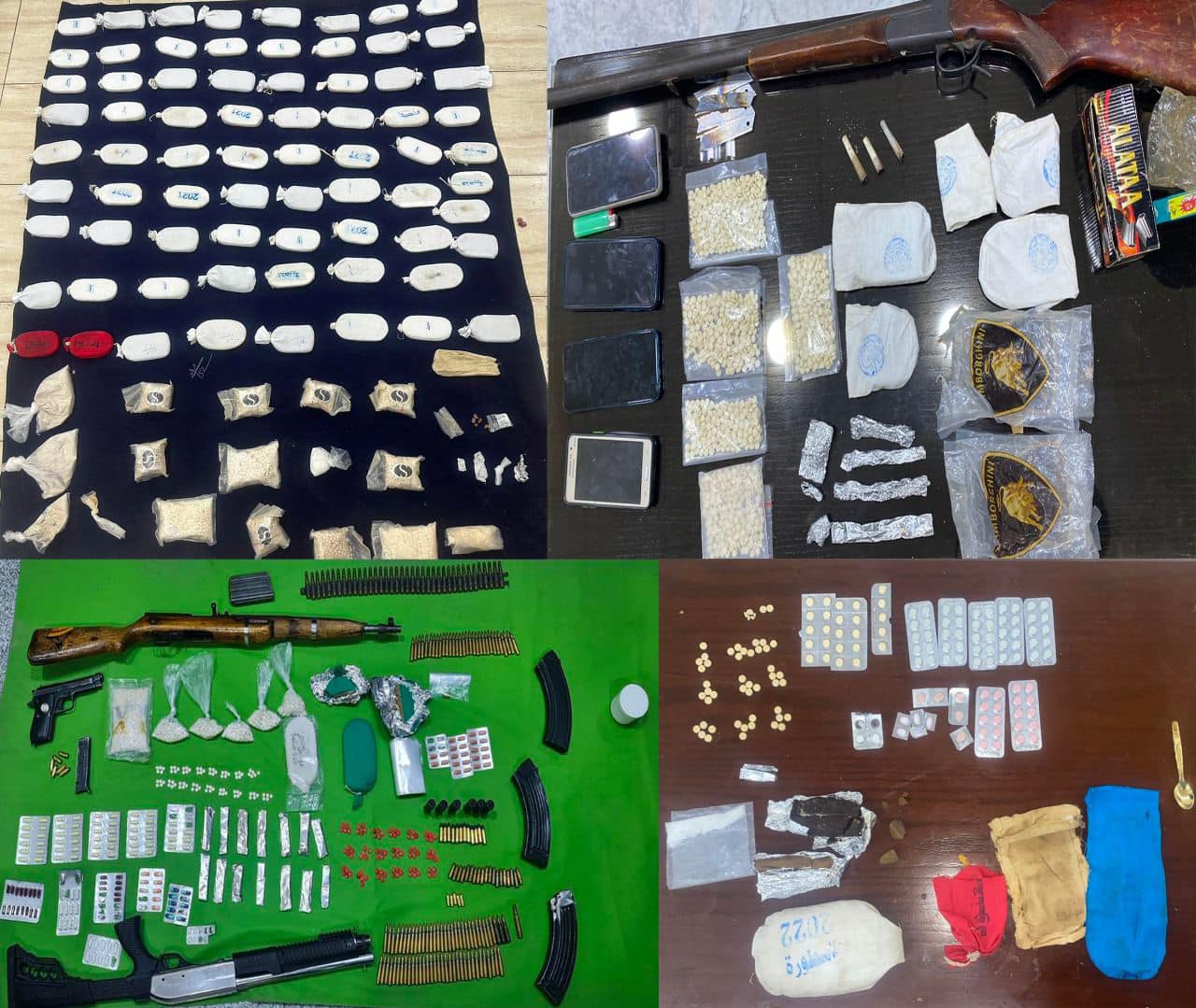