A security force raided three houses in Al-Ruwaished and arrested three drug dealers, in possession of quantities of narcotics.

PSD spokesman said that in continuation of the security campaigns implemented by security forces in the Al-Ruwaished, three houses were raided today after receiving information about the presence of wanted persons and suspects in cases of trafficking and drug promotion.

The spokesman confirmed that the raids led to the arrest of three drug traffickers, and five packages of hashish were seized inside the houses, in addition to 2,000 narcotic pills, crystals and hashish prepared for sale.

Public Security Directorate confirms that its security operations against death dealers are continuing in the Al-Ruwaished area and all regions of the Kingdom, with the same pattern and force and relentlessly, 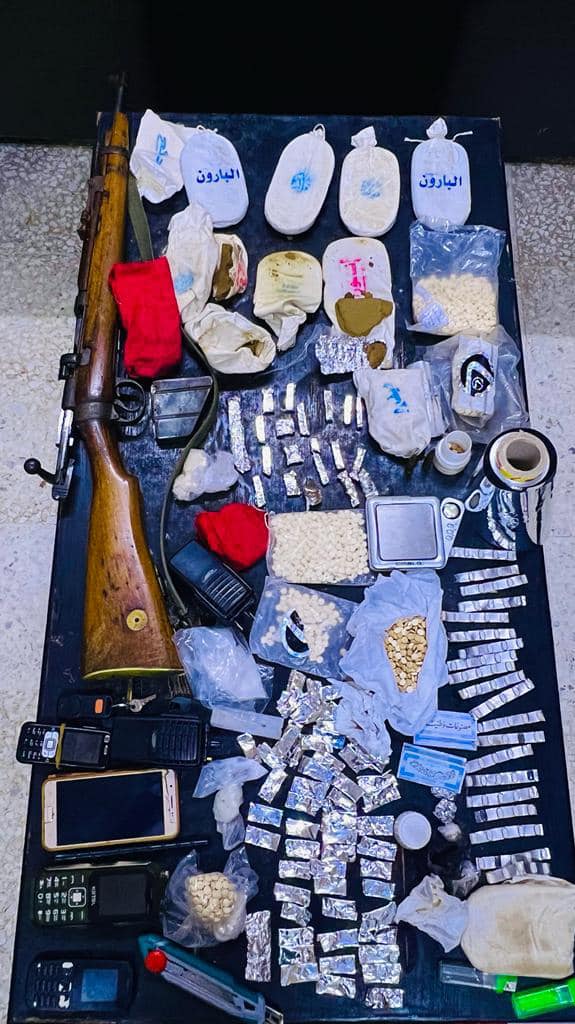