The Royal department for Environment and Tourism Protection launched today the twinning project (PSC), in cooperation with the Republic of Italy, to ensure the effective application of environmental and tourism laws, in the presence of the Assistant Director of Public Security for Management  and Manpower, Brig. Dr. Moatsem Abu Shttal and Lieutenant-General Borgio Carmelo of the Italian delegation.

The project aims to enable staff-members of the Royal Department for Environment and Tourism Protection and to communicate with their counterparts in the Republic of Italy and encourage them to implement joint projects and initiatives, exchange and transfer experiences among them, which contributes to support the capacity building  by providing them of new and innovative ideas and  developing their skills, modernizing frameworks and legal preparation in the environment and the protection of cultural heritage.

Brig. Mutasim Abu Shatal confirmed that the Public Security Directorate has always paid attention to environmental and tourism security, considering them as one of the most important axes of comprehensive security that the Directorate seeks to provide through the Royal Department for Environmental Protection and Tourism, indicating that the project embodies the real partnership that the Public Security Directorate seeks to maintain with the relevant authorities. at the global level.

Brig. Abu Shttal added that this project is one of the cooperation fields between the Directorate, the European Union Mission in the Kingdom and the Italian Gendarmerie, through which many initiatives, projects and training seminars will be implemented aimed at developing the capabilities of perssonel in the Royal Department Environment and Tourism Protection in a manner that ensures their knowledge of the best international practices.

For his part, the team head of the Italian Gendarmerie Special Forces/Regional Command Borgio Carmelo praised the professional roles pursued by the Public Security Directorate in preserving the environmental system in a way that ensures its sustainability according to the highest international standards  in this regard, indicating that the relationship between Jordan and the Republic of Italy is strong and rooted.

It is noteworthy that the project, whose launch ceremony was attended by a number of strategic partners in the field of environmental awareness and safety in the Ministry of Environment, the Ministry of Tourism, the Department of Antiquities, the Royal Society for the Conservation of Nature, and a number of senior officers of PSD, includes preparing a series of plans aimed at implementing standard operational procedures aimed at developing environmental activities and events implemented by the relevant authorities in the Kingdom. 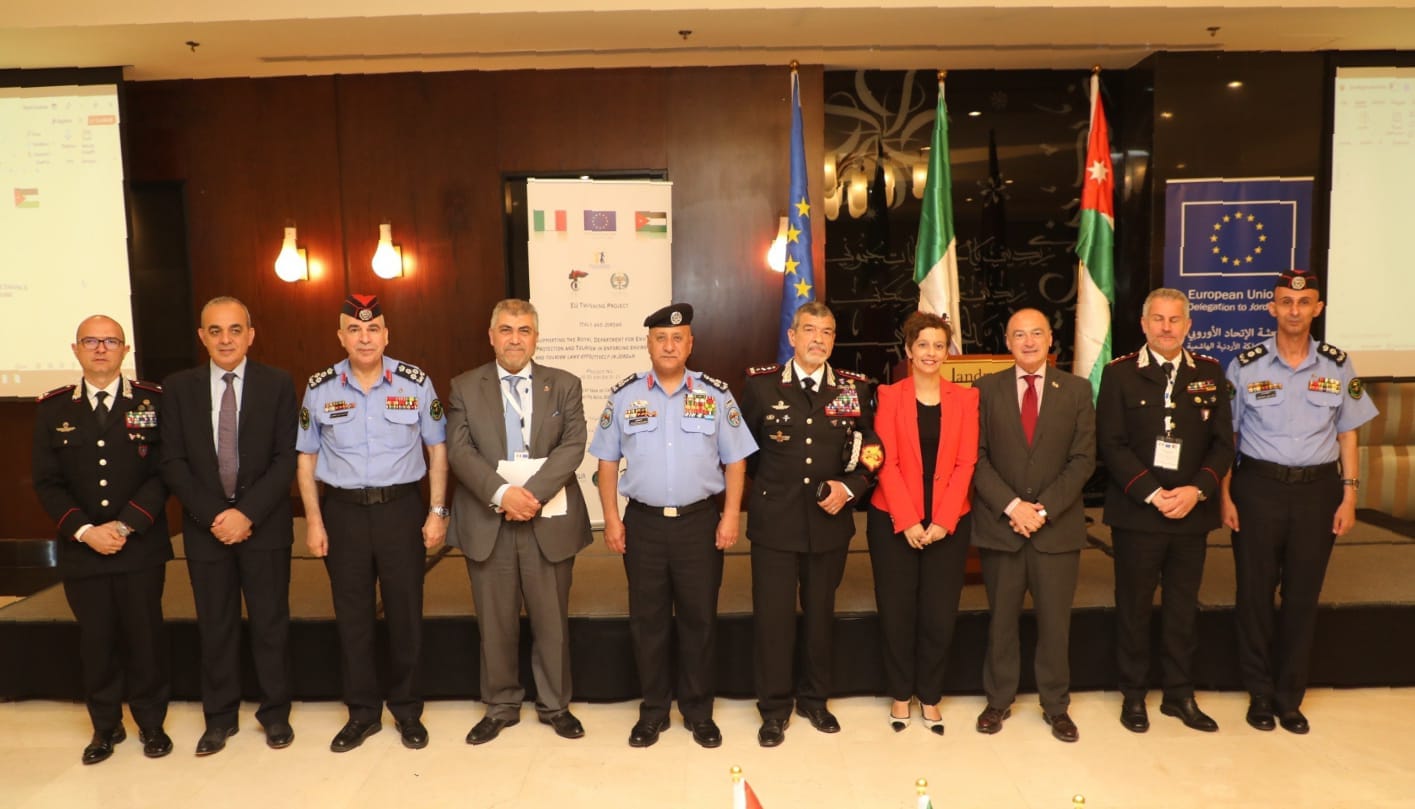