Today, the Public Security Directorate received  a delegation from the British government headed by the Regional Ambassador to the Middle East and North Africa Janet Rogan, in order to see the important role played by the Directorate through its departments and formations specialized in protecting the environment, its components and the challenges it faces  in the presence of the Assistant Director of Public Security for Operations and Training Brig. Ayman Al-Awaisha .

The assistant for operations explained that the Public Security Agency works in partnership and cooperation with government agencies and relevant international and regional organizations in order to protect environmental components and preserve natural resources, indicating to the efforts made by the Public Security Directorate through the Royal Department for Environment and Tourism Protection to preserve the environment and enhance its sustainability, In addition to the major role played by the Civil Defense Directorate annually to prevent fires and deal with weather changes.

For her part, the regional ambassador to the Middle East and North Africa praised the measures taken by the Jordan police as a law enforcement agency in preserving nature and the efforts made to prevent all forms of violations of natural resources, forest resources.

During the meeting, which was attended by the adviser to the British Police Support Team / the British Ministry of Interior, David Morris, a brief presentation was made by the directors of the operational, environmental, preventive and awareness units, during which they explained the measures taken by these security formations in preserving nature resources, in addition to the awareness methods in spreading the media message. Through all different media. 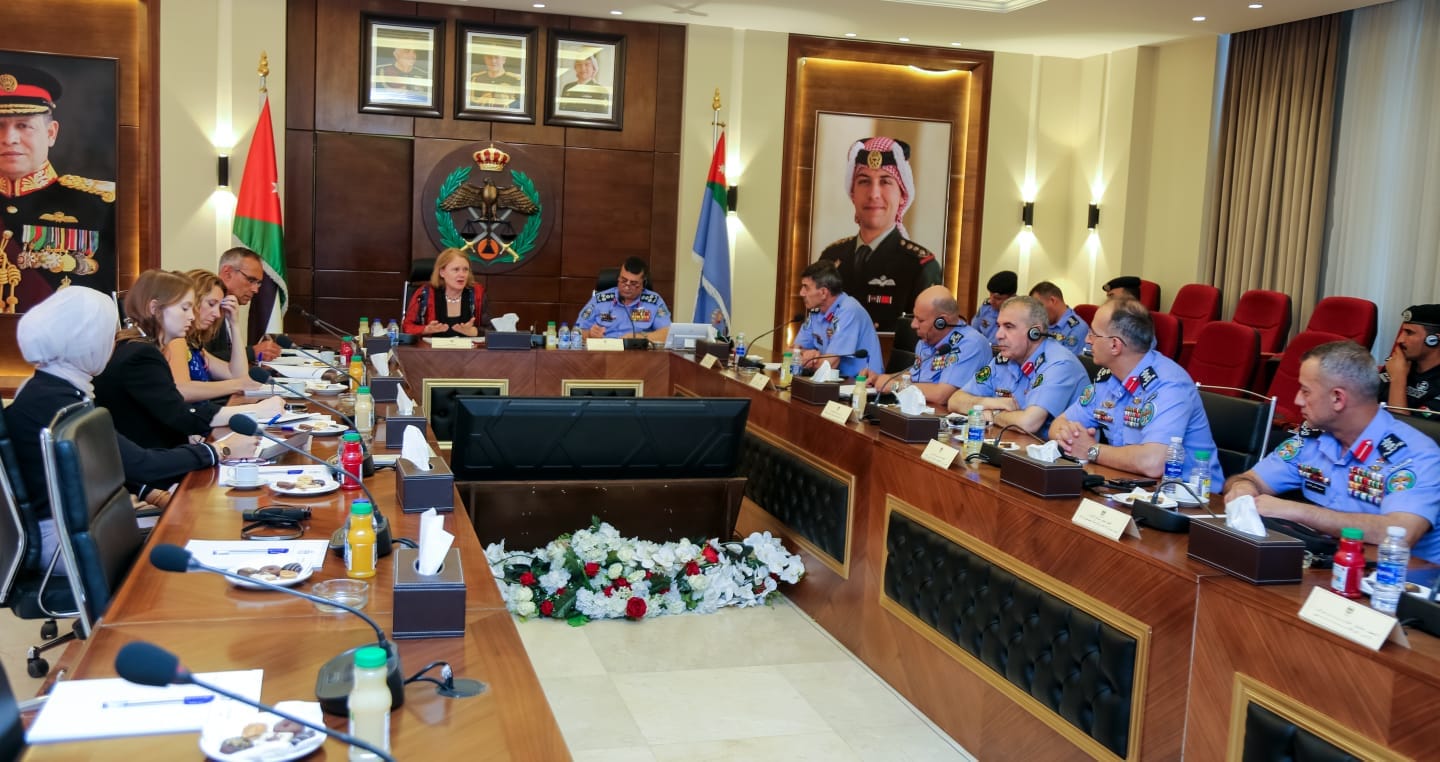