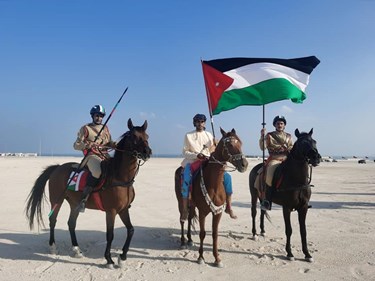 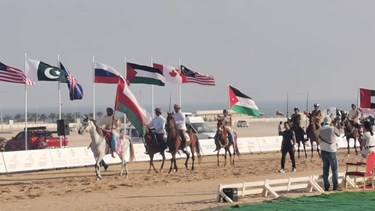 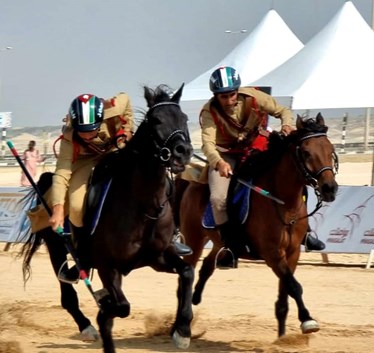 The knights of the Public Security team won gold in the international championship for picking pegs in traditional dress, which hold  in  Oman this evening, with the participation of (32) knights from 16 countries.

It is worth noting that the Public Security team is the only team that represents the Hashemite Kingdom of Jordan in this sport.

On the sidelines of the tournament, Second Lieutenant Maha Al-Jazi participated in the International Referee Qualification Course (Golden Badge), becoming the first international female referee to receive the Golden Badge in Jordan.