Under the patronage  of the Assistant Director of Public Security for Operations and Training, Brig. Gen. Ayman Al-Awaisha, in the presence of the Governor of Aqaba, Khaled Al-Hajjaj, Public Security Directorate in Aqaba carried out today a joint security exercise in cooperation with the Aqaba Container Terminal  (ACT) on the port’s land with the participation of Civil Defense, the hazardous materials team, the search and rescue team, in addition to the firefighting and ambulance groups of the Aqaba Civil Defense Directorate, the Aqaba Police, including explosives, emergency services, criminal laboratories, the gendarmerie forces of rapid response, the Royal Navy, in addition to the public safety team of the Container Port Terminal  (ACT) and other specialized teams, where The security exercise included several scenarios, namely seizing a transport container containing unauthorized fireworks, which caught fire, and led to the explosion of its contents. During the explosion in the other scenario, a bromine tank was exposed to a hole from which bromine gas leaked in its yard, resulting in 9 Injuries, and the firefighting team dealt with the fire that broke out in the container after it was detected by the explosives team, and the explosives team dealt with  Hazardous materials with the leakage resulting from the bromine tank, and a special tent was set up to disinfect the injuries, while the ambulance teams rushed to transfer the injured to hospitals in the Aqaba Governorate. Forensic laboratory to the site to take samples and investigate this incident to justify the reasons for its occurrence.

In a speech delivered by Assistant Director of Public Security for Operations and Training, Brig. Gen. Ayman Al-Awaysha, in front of the audience, he stressed the importance of such exercises, especially in an important area such as the Aqaba region to promote the principle of partnership and work in the spirit of one among all components and all institutions operating within the Aqaba governorate. The commitment of each department and each institution to enhance its role and implement it thoroughly, and that such exercises enable the security units’ cadres to closely see the risks that the employees of companies in Aqaba may be exposed to and about the nature of their work and their roles in the companies, and that such exercises enhance the workers’ confidence in the security units that they are Able to protect them and save their lives from danger at any time and any place so that the workers perform their work with complete peace of mind.

For his part, the Executive Director of Aqaba Container terminal  Company (Soren Covid Jensen) thanked the Public Security Directorate with all its cadres and the Royal Naval Forces for this joint security exercise, which indicates participation, coordination and cooperation, which raises the extent of readiness to respond to this type of accident and reduce its losses as much as possible.

The Director of the Aqaba Police Directorate, Col. Saed Al-Qatawneh, said in a speech to the audience that the security units came to protect the homeland and citizens under the directives of His Majesty King Abdullah II, stressing the importance of Aqaba as the only sea port for Jordan and as a front for tourism and a lever for the Jordanian economy, as it contains many economic facilities and this importance makes Aqaba has been exposed to security threats, security disasters and accidental accidents, which requires us to be more careful and not to neglect any small or large and to deal seriously with all events and follow up the application of public safety standards on the ground and seriously by everyone.

Al-Qatawneh indicated to the importance of carrying out such exercises and what it achieves in terms of gaining field and tactical skills, exchanging experiences, strengthening teamwork, and realizing the value of partnership in dealing with crises and disasters, and what it achieves by revealing weaknesses and striving to overcome them. 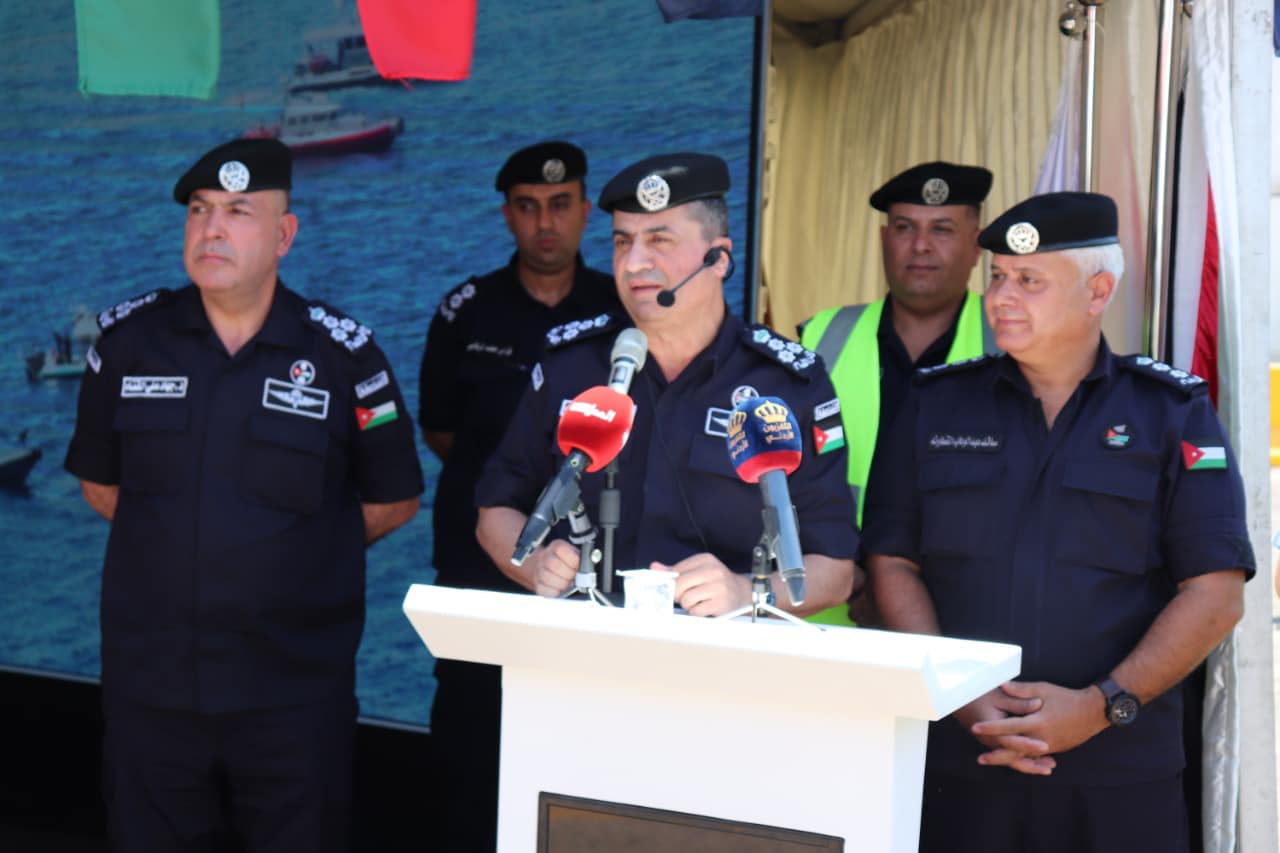 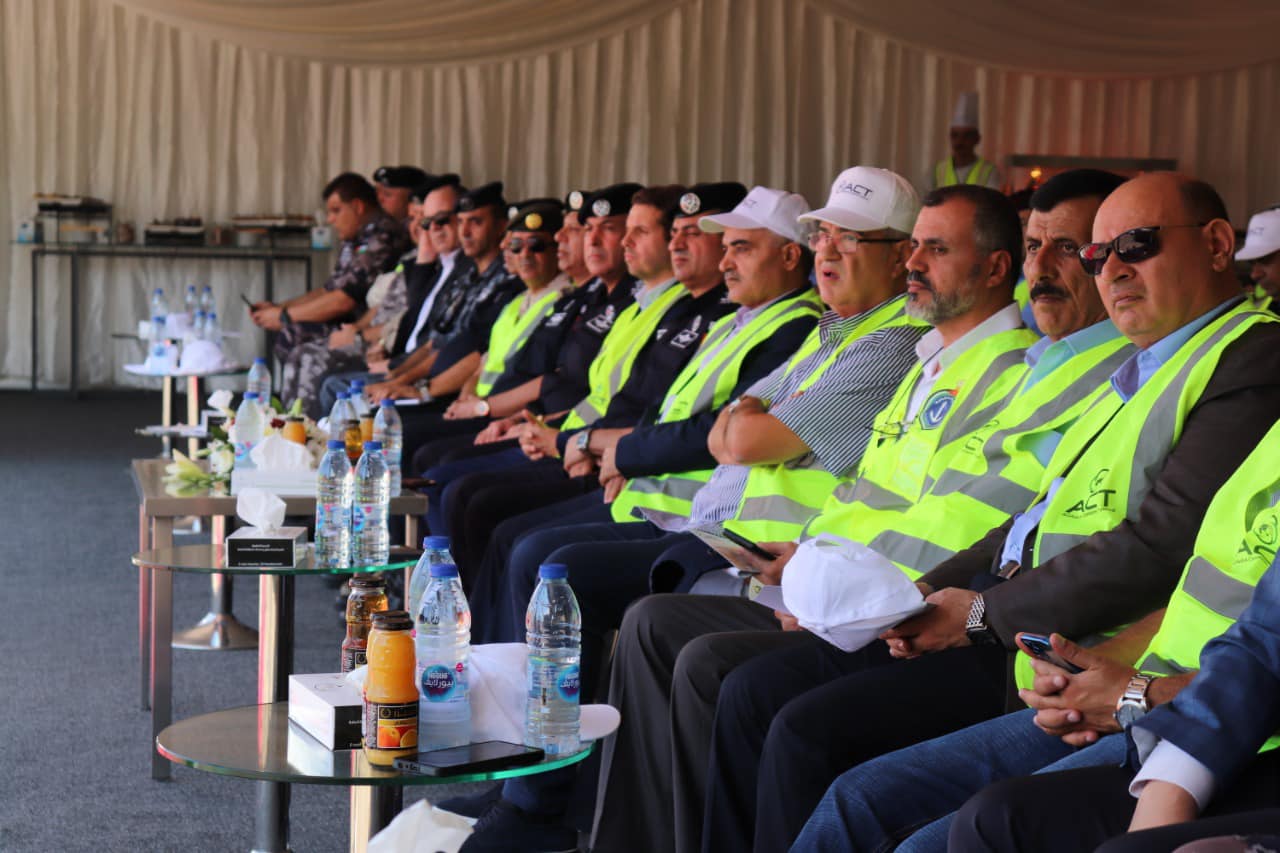 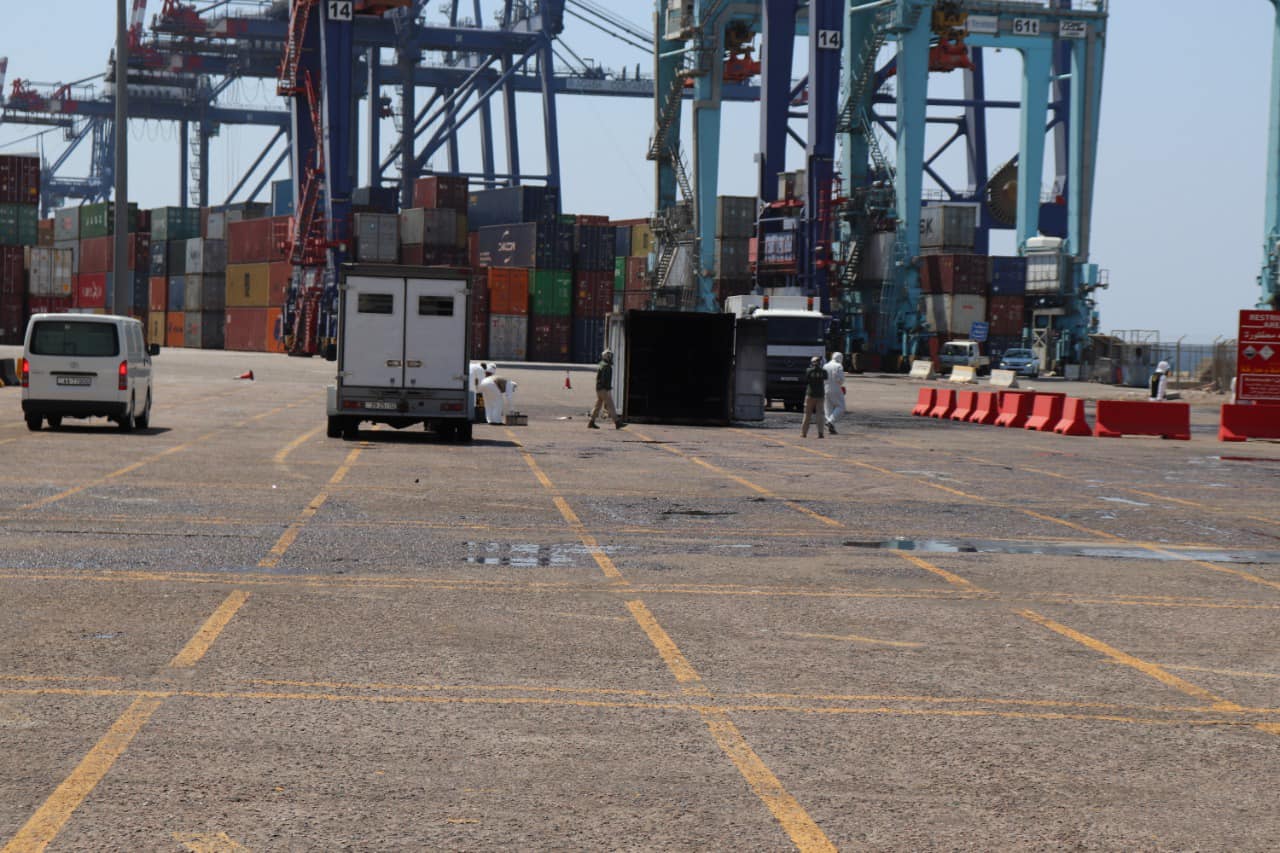 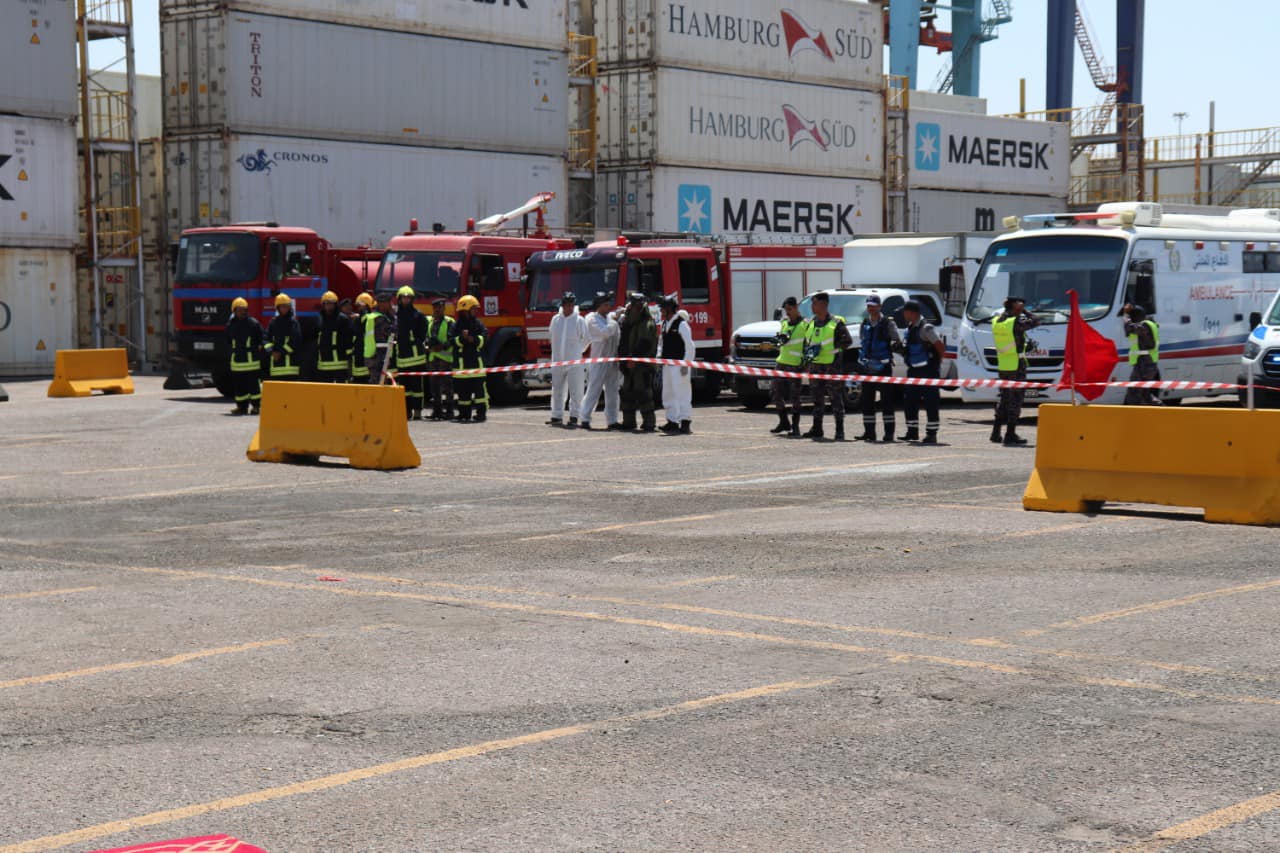 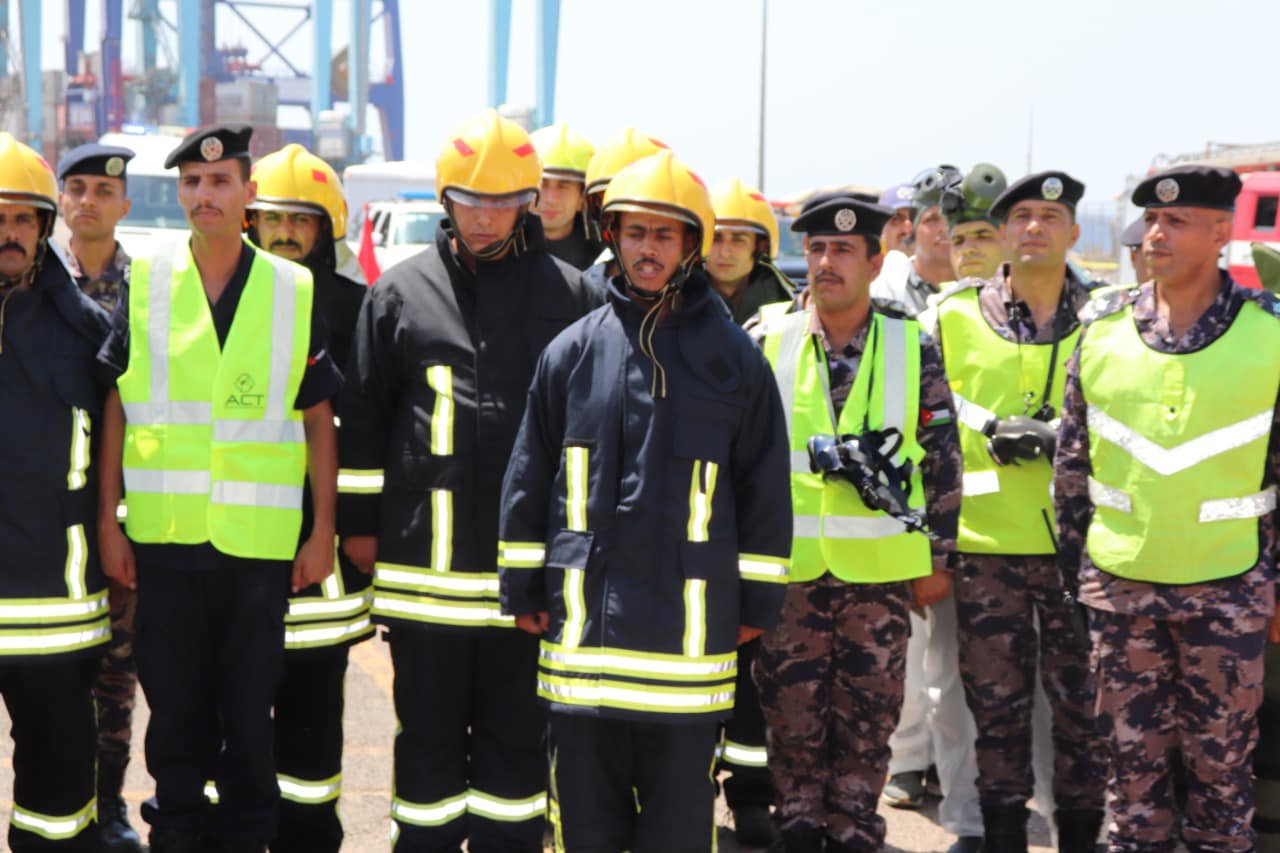 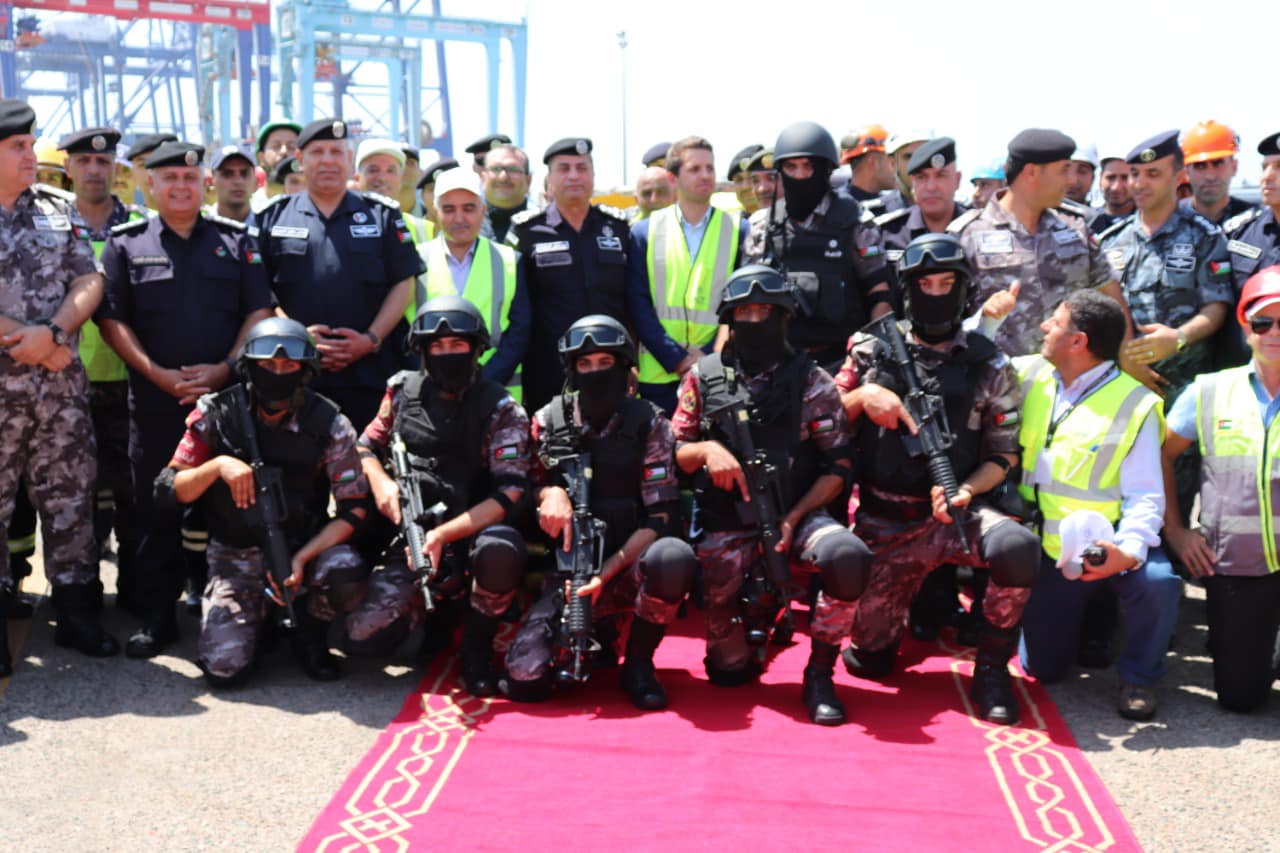