Al-Hawatmeh: we have completed the special operational and logistical preparations aimed at preserving the rights of citizens and protecting the electoral process scheduled for March 22nd.

** our purpose  is to enable citizens to practice  their electoral rights fairly, smoothly and easily, in cooperation and coordination with official authorities.

** Shooting is a crime and a disregard for the lives of others, PSD will firmly handle  any violation of the law impartially

** We developed a security plan that facilitates the elections process  and deals with  any violations of law and public order.

Public Security Director, Maj. Gen. Hussein Al-Hawatmeh, stressed the high readiness of all public security personnel, which was characterized by coordination and integration in the roles between all units and formations, in a manner that provides the rapid response  and the ability to make decisions in all emergency or routine duties.

Al-Hawatmeh indicated, during his visit today to the Irbid Police Directorate, that PSD , with all its formations, completed all operational and logistical preparations aimed at preserving the rights of citizens and protecting the electoral process scheduled for March 22nd.

He indicated that PSD will continue to provide the  security and humanitarian services impartially  to maintain the rule of law and protect lives and property in all governorates and regions of the Kingdom, stressing the need to prevent any manifestations that may effect the conduct of elections or the safety of society, such as shooting.

Al-Hawatmeh said, "We deal with all misconducts that my effect the electoral process , explaining that the police directorates and police stations will implement the operational plans for the electoral process, with the support of the gendarmerie forces to ensure the prevention of any violation of the law."

He emphasized the directorate’s role in enabling citizens to practice  their right to vote fairly, smoothly and easily, in cooperation and coordination with official authorities, in line with the legislation and instructions issued, and firmly handling  any violation of  law and public order.

Public Security Director was briefed on the efforts made in the Irbid Police Directorate, and the implemented plans to improve the services provided to citizens by the police directorates, civil defense, gendarmerie.

Al-Hawatmeh directed to continue making efforts aimed at serving the citizen in all aspects of security and social life, facilitating and shortening citizens’ time and effort, stressing providing  logistical support to the human resources , which is the basis for improving performance in all areas, especially in the fight against crime and the consolidation of security and tranquility in Society . 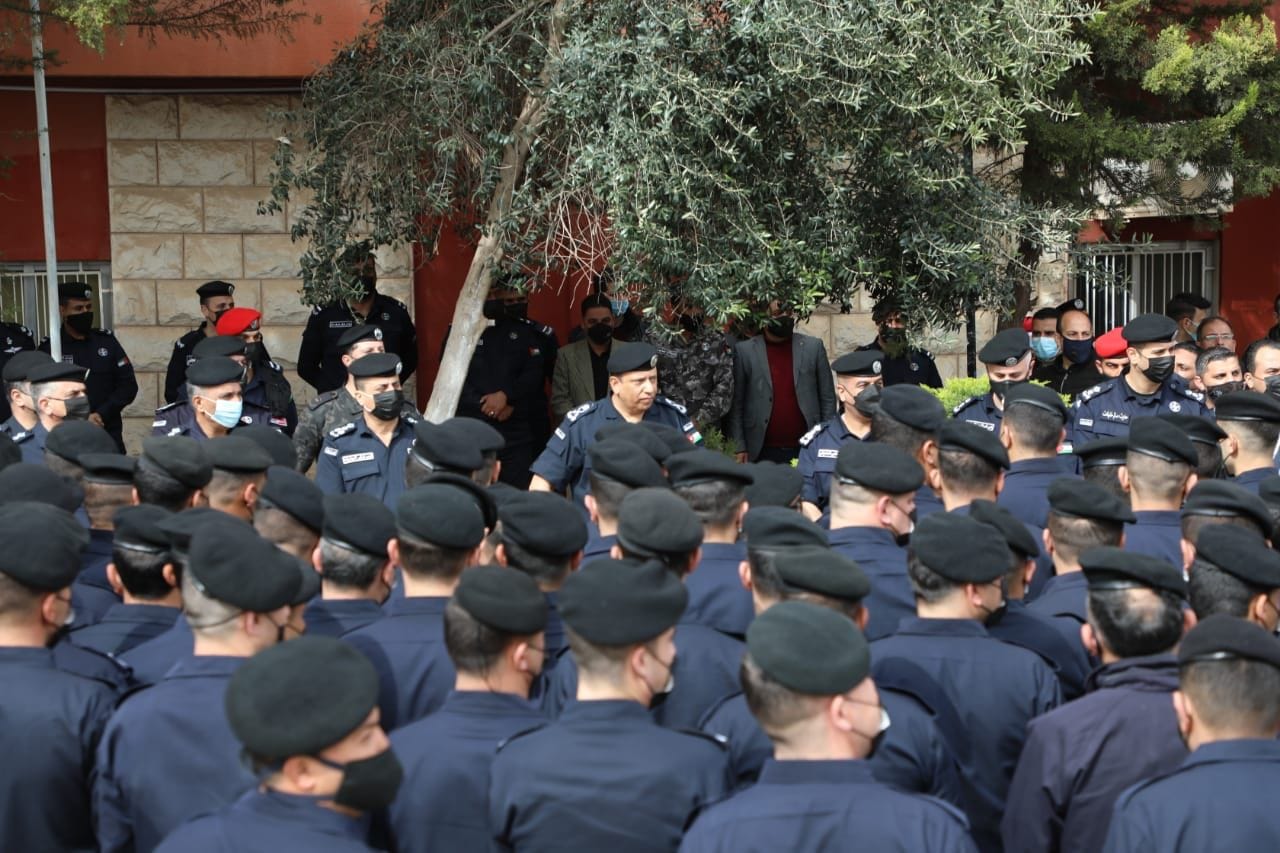