** Stadium security contributed to the success of the Jordanian sports season in all sports in light of the measures imposed by the pandemic.results, raising the flag of the nation in international tournaments.

Public Security Director, Maj. Gen. Hussein Al-Hawatmeh, sponsored, in the Directorate of Sports Security, the Sports Excellence Awards ceremony for the year (2021) for public security personnel who have achieved sport achievements and advanced levels in local and international tournaments.

Maj. Gen. Al-Hawatmeh stressed that what public security sport has achieved came as a result of hard work of available resources for police sports, and for Jordanian sport in general, in line with the Royal Directives calling for support of sports and youth.

Maj. Gen. Al-Hawatmeh indicated that Public Security Directorate has set ambitious plans for the next year to be a promising sporting year for achievement and results and raising the nation's flag in international tournaments, in cooperation and coordination with our partners in the Olympic Committee, federations, clubs.

Maj. Gen. Al-Hawatmeh indicated also to  the important role played by the Stadium Security Unit to make the sports season successful in all stadiums and to provide a security for participants and the audience as well , especially in light of the measures imposed by the pandemic.

Maj. Gen. Al-Hawatmeh honored  the Stadium Security Unit with the Sports Excellence Cup for the year (2021) after collecting (250) points, by winning the title of (7) sports championships, while the Department of Correction and Rehabilitation Centers came in second place with a score of (239) points in (4) championships. Diplomatic Security Department ranked third and got (204) points 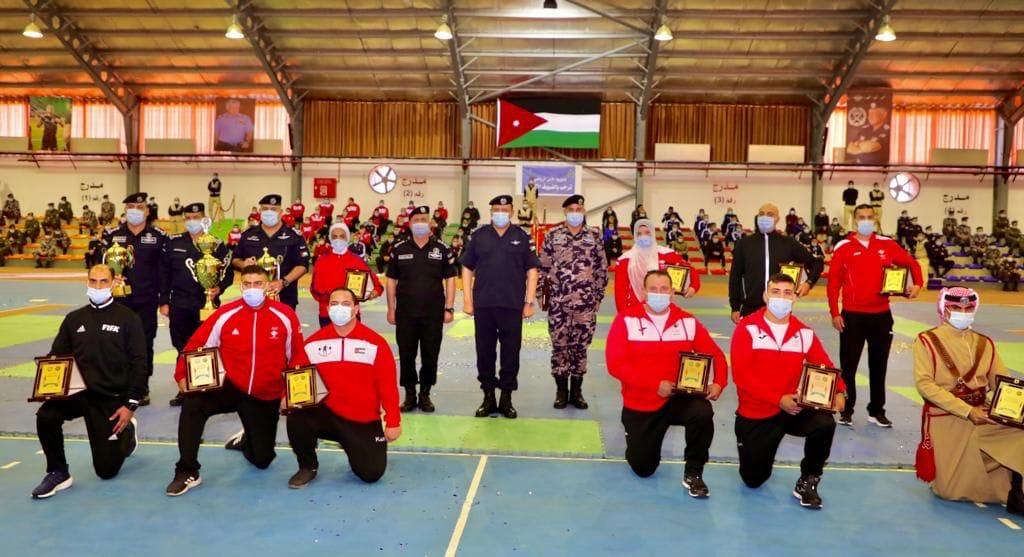