Public Security Director, Maj. Gen. Hussein Al-Hawatmeh, honored in his office today Sergeant Ahmed Talib Al-Tarawneh from the personnel  of the Traffic Department for his humanitarian efforts during his official duty, and his decisive role in saving the life of a girl who lost vital signs as life.

Maj. Gen. Al-Hawatmeh praised Sergeant Tarawneh’s courage and good behavior, which saved a soul, stressing that saving a human lives is an inestimable goal, and that what Tarawneh did is a source of pride for all public security personnel, and represents an important part of the role of the Public Security Directorate in saving lives and providing humanitarian service.

Sergeant Tarawneh was surprised while doing his official job, in the downtown area, of a citizen getting out of his car in a state of panic and carrying his child in his hands while she was in a state of complete loss of consciousness. The girl was given first aid, which contributed to restoring her heartbeat, breathing and vital signs. After that, she was transferred to the emergency department at Al-Bashir Hospital, and she left in a good health condition. 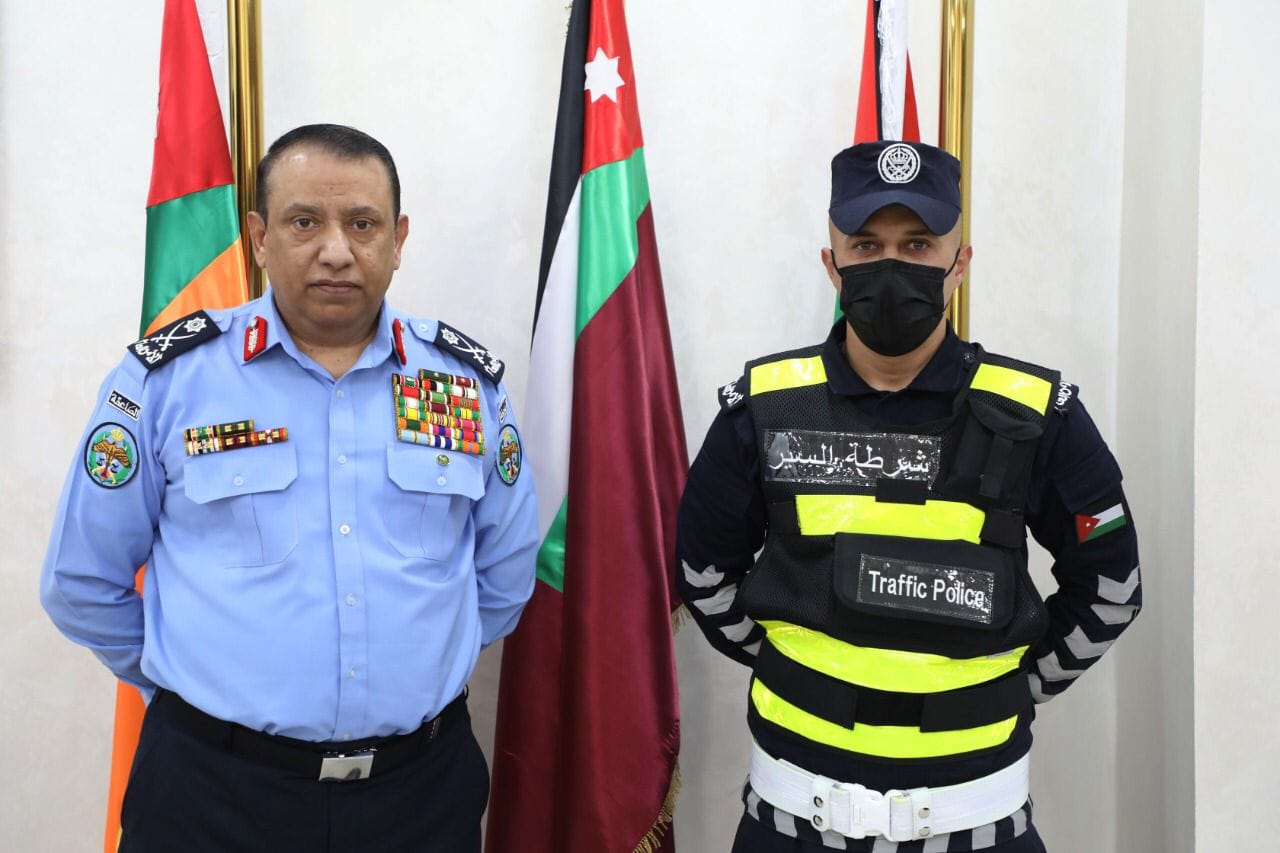