Public Security: Comprehensive security crackdowns  in Aqaba Governorate to enhance its position as a safe investment and tourism destination

Public Security Directorate announced today the start of comprehensive security crackdown in Aqaba Governorate to enhance its position as a safe investment and tourism destination.

The crackdowns  include the implementation of security and traffic plans aimed at addressing any wrong behavior that threatens the security and safety of society, or violates the law.

Under the direction of Public Security Director, Maj. Gen. Hussein Al-Hawatmeh, the Assistant Director of Public Security for Operations and Training, Brig. Ayman Al-Awaysha, today chaired a security meeting in the building of the Aqaba Police Directorate, during which he was briefed  on the most prominent traffic, tourism and environmental violations and criminal phenomena in the governorate and the mechanisms for implementing security crackdowns  to avoid, control and prevent their commission.

The security crackdowns  will be carried out according to clear plans and with the participation of cadres from all components of the Directorate, each within its jurisdiction, and will continue until all forms of abuse and violations of the law are ended, especially the arrest of wanted persons, drug dealers, dangerous traffic violations that impede traffic, and combating environmental violations.

Public Security Directorate called on the citizens of the Aqaba governorate to cooperate with the public security men present to serve them and prevent any violation of the law. 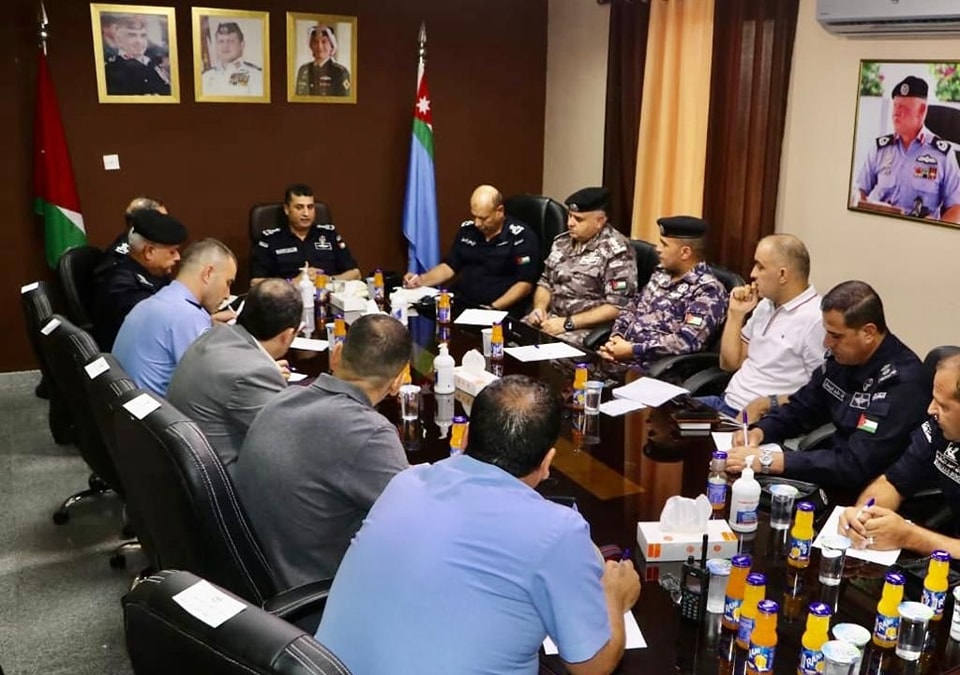