Opening the new building of the East Amman Traffic section 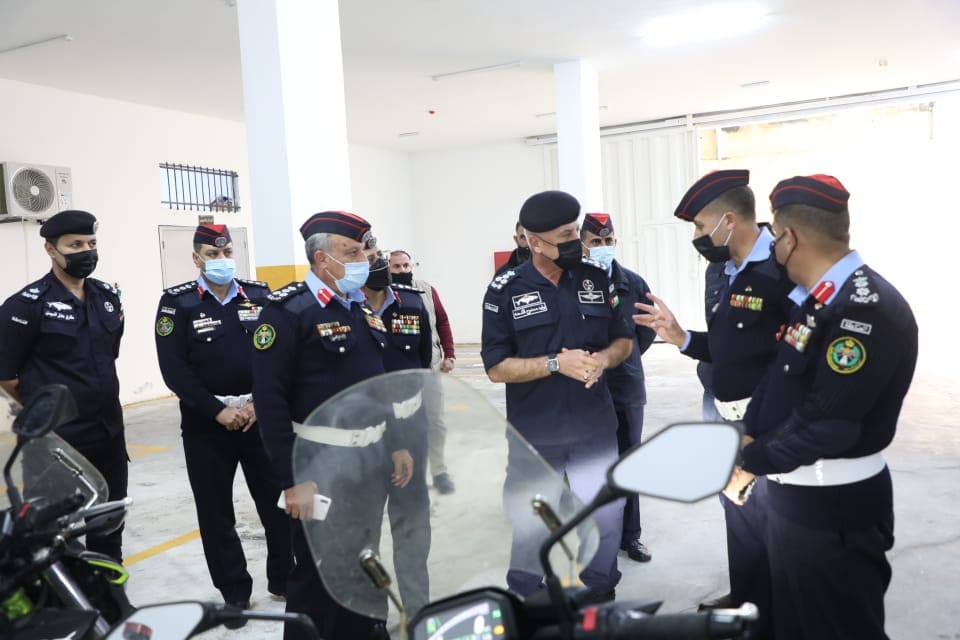 Public Security Directorate opened the new building of the Traffic section in East Amman in its new location in the Al-Muqablain area / Al-Rawda neighborhood, in the presence of the Assistant Director of Public Security for Operations and Training Brig. Walid Qashha.

Brig. Qashha said that the opening of this section comes within the framework of the development and modernization system announced by the Directorate at the beginning of the year, to improve the work system, raise the level of service, improve performance, as the Public Security Directorate places within its strategy the development and provision of services to citizens.

Brigadier General Qashha indicated that the Traffic Department is making great efforts through its cadres deployed in all governorates of the Kingdom around the clock to provide a safe traffic environment, reduce traffic accidents and protect lives from road bleeding, and through several axes to achieve its main duties of implementing the traffic law and raising the level of traffic awareness drivers, monitoring and regulating traffic.

The Assistant for Operations and Training added that the new location of the East Amman Traffic Department will contribute to raising the level of service provided to citizens as a result of the high population and traffic density in the area.

Brig. Qashha also listened to a briefing by the Director of the Traffic Department, Brig. Firas Al-Soub, on the most prominent developments that the department has witnessed in the field of traffic control through field human elements and electronic control using fixed and mobile cameras, the use of drones, the control of dangerous violations and keeping pace with all modern technological developments and their employment in field traffic work, in addition to the partnership with the Greater Amman Municipality and other active partners.