Major General Al-Maaitah: Expanding the services of the police directorates and police stations is a goal that we are keen to achieve (1)

Police stations is the first destination for the citizen, and it must meet his security and social needs with the best services

Public Security Director, Major General AbeidAllah Maaitah, stressed the important and main role played by the police directorates and police stations while carrying out their security and police duties and providing service to fellow citizens and residents, which is their first destination and through which they reflect the message of Public Security to reach everyone wherever they are.

During his visit today to the command of the Capital Security Region and his meeting with the region commander, police directors and heads of police stations, Major General Al-Maaitah indicated the need to constantly review and develop all plans and strategies to keep pace with the changes that occur in society on the one hand, and criminal patterns on the other hand, in addition to modernizing systems for providing police services, including achieving better and faster service to the citizens.

The Director of Public Security stressed the need to strengthen the positive, mutual and cooperative relationship between the public security man and the citizen based on respect and cooperation in the frameworks of law and human rights.

Al-Maaitah added that  expanding and opening new channels of communication with fellow citizens through a community security strategy that starts from the police stations that is closest to them in order to find their needs and demands and work together to find appropriate mechanisms to solve them.

He added, "We will spare no effort in providing logistical support to police directorates and police stations and providing them with qualified manpower, to build on what has been achieved and push for further development and modernization, carrying out their duties with the highest levels of professionalism.”

PSD director indicated to the  need to start activating the necessary plans and programs to ensure the coverage and the necessary security deployment, in addition to supporting traffic men and external patrols in their continuous campaigns to control traffic violations in order to maintain the flow of traffic and reduce traffic jams as much as possible.

Al-Maaitah stressed the impartiality  when dealing with some negative societal phenomena, especially the phenomenon of gunshots and societal violence in its various forms, without neglecting the educational aspect of spreading a conscious societal culture that rejects such phenomena and threaten the safety of society and its members.

The Director of Public Security praised the efforts made by the personnel  of the police directorates and police stations in various fields of police work.

Major General Al-Maaitah was briefed  by the Capital Region Security Commander, during which he outlined the most important duties and tasks carried out by the police directorates, police stations, criminal statistics and future plans for the development of public security. 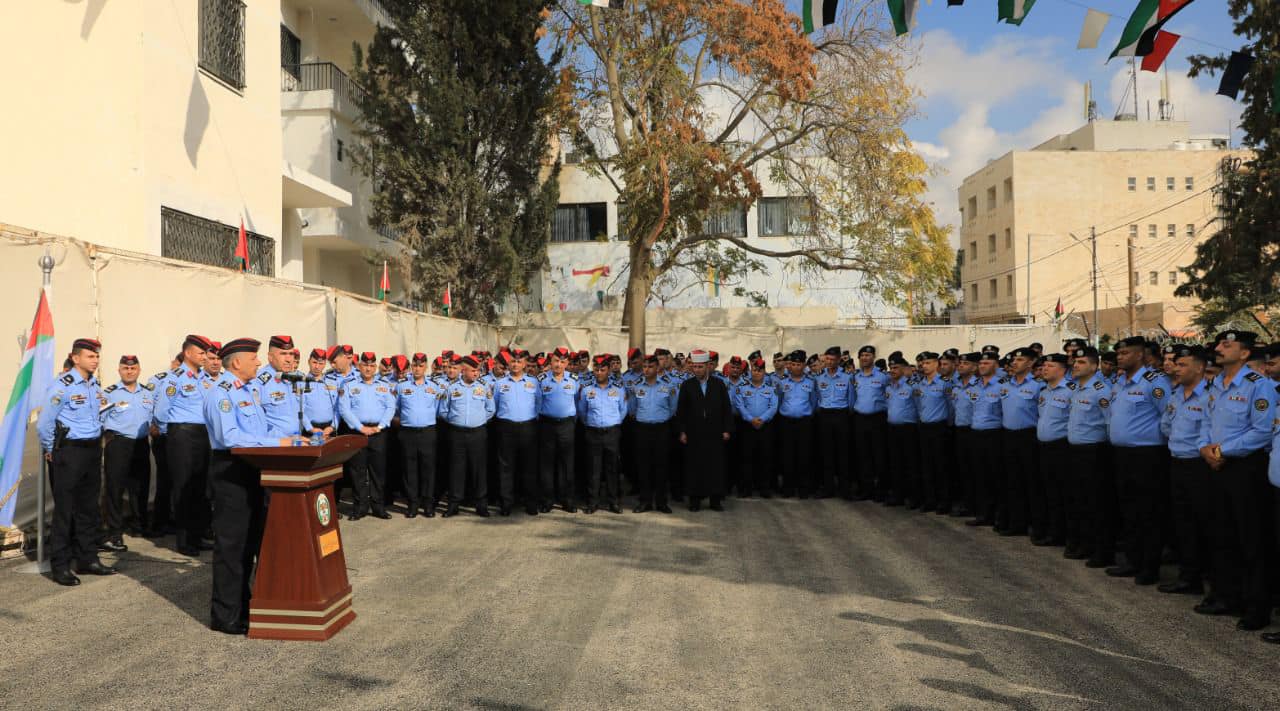