His Majesty King Abdullah II, the Supreme Commander of jordan Armed Forces, during his visit to the Public Security Directorate today, Thursday, praised the great efforts of the civil defense teams and the directorate’s cadres in dealing with the collapse of a building in Al Weibdeh area.

During the visit, His Majesty expressed his pride in the distinguished and advanced level of the search and rescue team, which continues its evacuation and rescue operations around the clock.

His Majesty stressed the importance of continuing to expand the training and rehabilitation of search and rescue teams, and providing them with the latest equipment and mechanisms, to ensure the best response and handling of such incidents.

His Majesty was briefed by , Maj. Gen. Abeidallah Maaitah , on the most prominent measures taken since the moment of receiving the building collapse report, and the specialized teams, which are still ongoing.

Al-Maaitah has shown also the Public Security Directorate's plans to develop and modernize the security system, address traffic problems and confront crime and drugs, by updating all strategies. 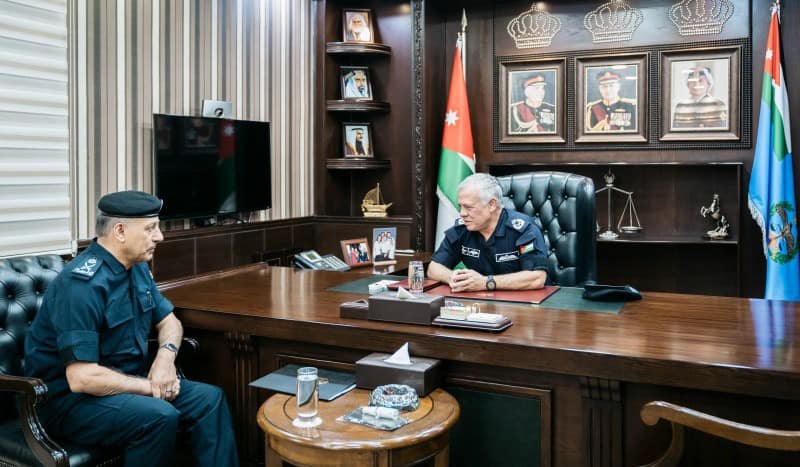