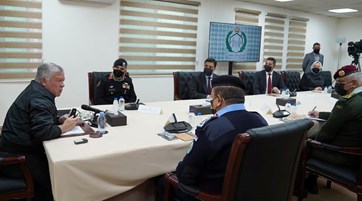 King stresses the importance of an integrative approach to strengthening the family protection system and caring for the most vulnerable groups.

King: Develop legal and social frameworks to protect the family in line with our values.

His Majesty King Abdullah II, the Supreme Commander of the Armed Forces, visited the Department of Family and Juvenile Protection in Public Security Directorate.

His Majesty was briefed by the Director of the Department on the most important legal and humanitarian duties implemented by the department  in the presence of Public Security Director, Maj.  Gen. Hussein AlHawatmeh, and HRH Prince Rashid Ibn AlHassan, The Commander of the Special Police.

The director of the department explained that the document of the national framework for protecting the family from domestic violence was approved, which is one of the references for  strategic plan of the Public Security Directorate 2021-2023.

The director  referred to the procedures and measures that are being followed to ensure protection of  family, and to prevent the violence and abuse among family members , especially those most vulnerable such as women, children and the elderly.

Among the most important conciliatory measures taken to resolve family disputes as it began to conduct the settlement, in accordance with the provisions of the Family Violence Law 2017, after restructuring the department  and creating the Settlement and Measures Division.

During the visit, His Majesty was briefed on the operating room, the mechanisms for receiving reports, and the technical laboratory equipped with the latest technical equipment to follow up crimes and attacks affecting family members.

His Majesty praised the Department of Family and Juvenile Protection and the efforts of personnel, indicating the importance of developing legal and social frameworks related to prevention and intervention to protect the family, in line with our values ​.

His Majesty stressed the need to follow an integrative approach between the relevant institutions to strengthen the family protection system, care for the most vulnerable groups, and prevent all forms of violence and abuse.

For his part, the Director of Public Security indicated that the Departments of Family and Juvenile Protection were merged into one department last March after conducting analytical studies, in implementation of the Royal directives  to improve services.

He added that the merger expanded the department's competencies to include all aspects related to the protection of women and children, accompanied by raising the efficiency of the department's staff, continuing awareness, strengthening channels of communication and responding., indicating that family protection reports were given priority (first degree) over the (911)  call system.

During the visit, His Majesty the King received a copy of the Public Security Encyclopedia "One Hundred Years of Security", which included documenting the establishment of the PSD  and its historical development since 1921. 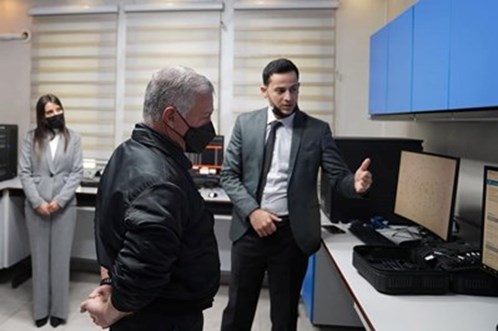 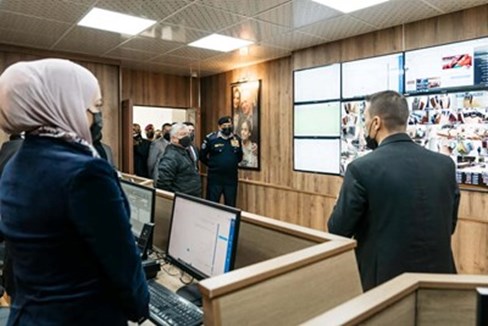