The Third in the Arab world among the list of green countries and 57th internationally for the year 2022.

Jordan continued its progress for the third year on the Global Peace Index in 2022, to be ranked third in the Arab world and (57) globally among the 163 countries covered by the report, advancing by (6) positions from the previous year and (20) positions since the year 2019.

Jordan ranked third among the countries of the Middle East and North Africa behind Qatar and Kuwait, making a big leap since 2020, when it was fifth, then fourth in 2021, to advance again in 2022 to third place. Behind Jordan in the Middle East and North Africa are the UAE and Oman, respectively, to represent the five best countries in the region, symbolized by the green color on the world map according to the index.

The GLOBAL PEACE INDEX report is based on 23 criteria related to local peace and security in addition to external criteria, including the relationship with neighboring countries.

The report issued by the International Institute for Peace and Economics (IEP) in Australia indicated that the global state of peace declined by 3.0, on the scale in which countries are ranked from (1 - 5), so that the most stable country gets a degree of 1 and the least stable country rises up to 5 degrees.

The GLOBAL PEACE INDEX represents an attempt to measure peace and security in the countries of the world. It is prepared by the Institute for Economics and Peace, in cooperation with an international team of experts, and study centers in the field of peace and conflict.

It is noteworthy that Jordan has achieved great development in recent years in many international indicators and reports related to security and peace, the most important of which was its advancement to the second place in the Arab world and the sixteenth internationally on the Gallup index to classify citizens' trust in security and police men, and confidence in society.

The data indicate that Jordan will continue its progress this year in a number of indicators and reports related to peace and security, which are expected to be issued, and depend on the analysis of a large number of information and security indicators between countries. 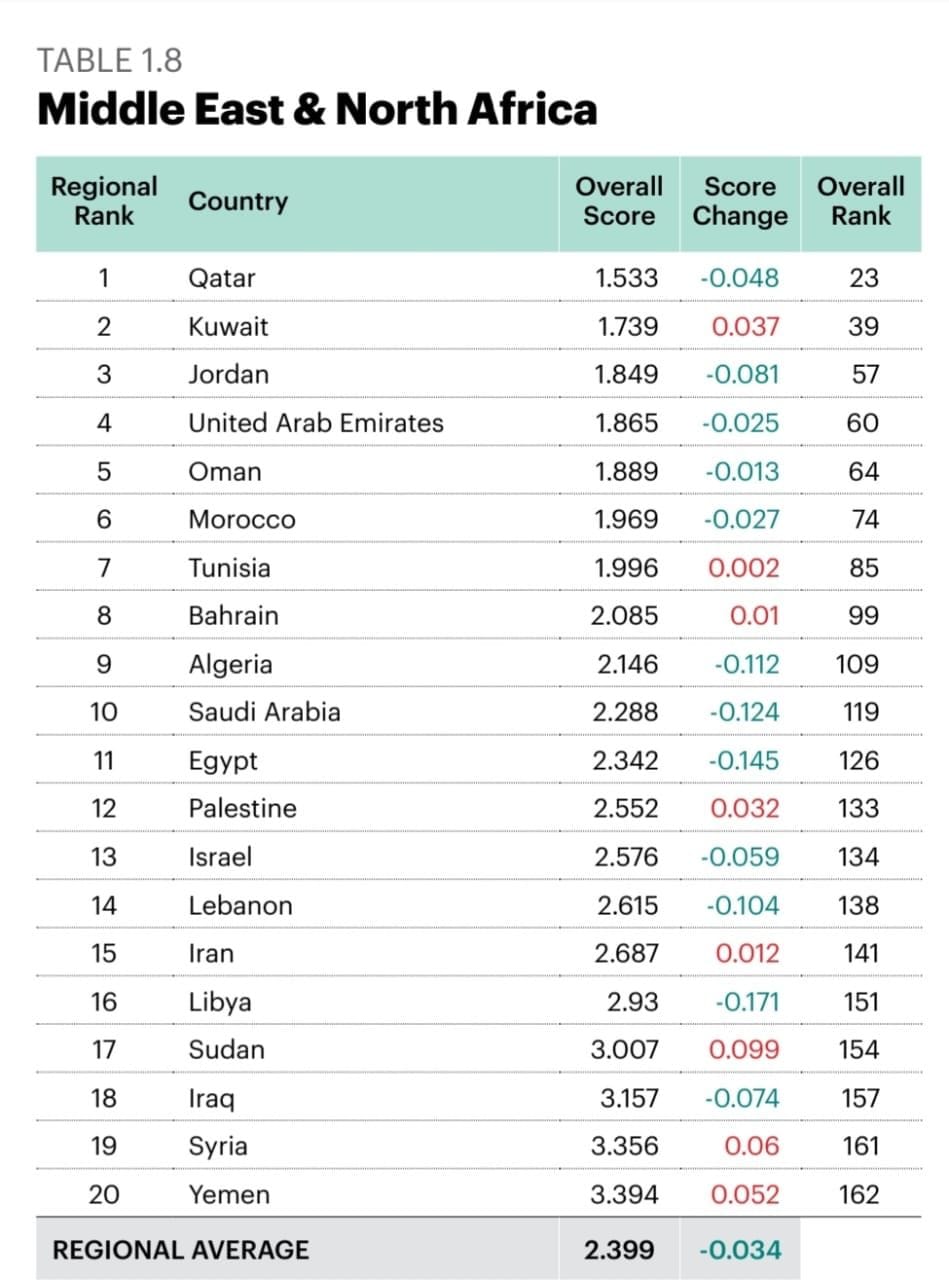