Implementation of crackdowns in Northern Badia region , and the arrest of four drug dealers, one of whom is of Arab nationality

The seizure of 16 hashish, 2000 narcotic pills, quantities of crystal narcotic and three firearms.

PSD spokesman said that in continuation of crackdowns  implemented by the Anti-Narcotics Department and other departments supporting it to control all forms of dealing with narcotic substances, trafficking, smuggling and possession, today a joint security force carried out a security crackdown  Northern Badia region, during which they raided the locations  of a number of suspicious persons.

The spokesman  confirmed that the crackdown  led to the arrest of four drug dealers and promoters, including an Arab,  with 16 packages  of hashish, 2,000 narcotic pills, crystal narcotics  and three firearms were seized during the operation. 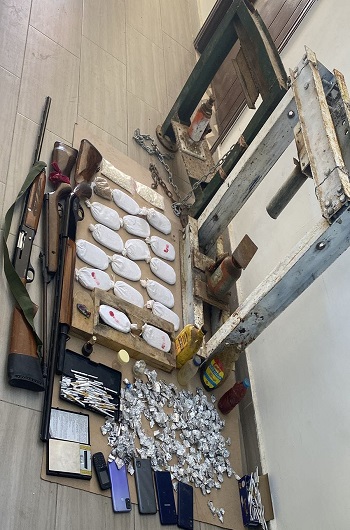