During his visit to the Military Retirees and Veterans institution, Al-Hawatmeh stresses the implementation of the Royal directives with the support of comrades-in-arms

The Director of Public Security, Maj. Gen. Hussein Al-Hawatmeh, affirmed the directorate's keenness to follow up the implementation of the Royal directives, with the support of the retired comrades-in-arms and giving them the utmost care and attention, in appreciation of their generosity and honorable sacrifices.

This came during his visit today, Wednesday, to the Military Retirees and Veterans institution, and his meeting with its general director, retired Major General Dr. Ismail Al-Shobaki, and a number of its officials.

Maj. Gen. Al-Hawatmeh stated that this meeting comes in implementation of the directives of King Abdullah II, Supreme Commander of Jordan Armed Forces, and an extension of the Directorate's consistent approach in implementing these directives through developing work mechanisms and projects aimed at serving retirees and benefiting from their experiences, in cooperation and coordination between the Armed Forces - the Arab Army. and security agencies.

Al-Hawatmeh indicated that the establishment of a department to follow up the affairs of retirees within the Public Security Directorate greatly contributed to strengthening communication with retirees and strengthening cooperation with the Retirees and Veterans institution to build new partnerships in this field.

The Director of Public Security stressed the need to enhance cooperation with the institution and support it with all available capabilities, praising its great role and contributions in following up on the affairs of retirees and supporting them.

Al-Hawatmeh was briefed on a  detailed explanation given by retired Major General Al-Shobaki, during which he outlined the most prominent future plans of the Corporation, the mechanisms of work and the services it provided to retirees. 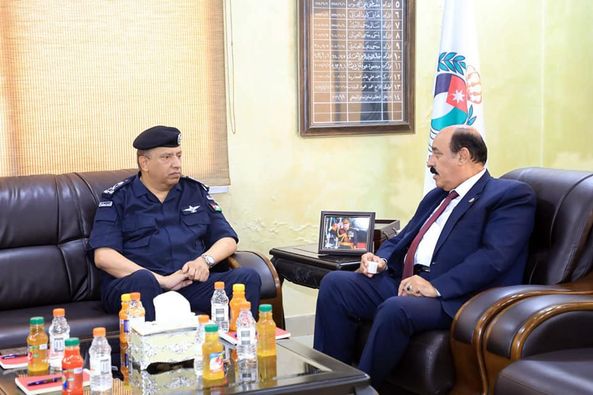 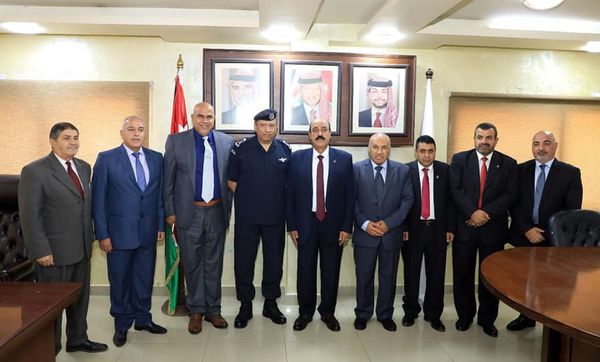