Director of Public Security: The Royal directives guide our work, and we seek to translate them into tangible reality with conscious plans for the extent of the challenges

Our fight against drugs continues to catch drug dealers and their promoters, and security men are making sacrifices to protect society.

Improving the traffic situation is a goal for PSD, and we have developed plans and strategies for them, which we have begun to implement through executive and awareness dimensions in cooperation with our partners in ministries and institutions.

We proceed with confidence to consolidate the partnership with the citizen through the concepts of community policing, security media, and the application of our values ​​of respecting the human rights, safeguarding his rights and enabling him to perform his duties.

The Director of Public Security, Maj. Gen.  AbeidAllah  Al-Maaitah, said that the security strategy and all its plans, programs and operational objectives were developed in accordance with the requirements and needs, and came in harmony with the state's general policy, and to protect the supreme national interests.

During a lecture the director has given  today at the Royal National Defense College entitled (Public Security Strategy and the Concept of Comprehensive Security), Maj. Gen.  AbeidAllah  Al-Maaitah confirmed that Public Security Directorate works according to a national methodology that is in harmony with all state institutions, led by the Jordanian Armed Forces - the Arab Army, and the General Intelligence Department. And various ministries, official and private institutions.

Al-Maaitah added that the wise Royal visions and directives are the corner stone of our work, and we seek to translate them into a reality touched by citizens with measurable and executable plans that are aware of the the challenges, aiming to upgrade our security system, confront the criminal and social challenges we face, in order to enhance the tranquility and security of society.

Maj. Gen.  AbeidAllah  Al-Maaitah stressed the importance of confronting the crime and its perpetrators, raising awareness of its dangers and limiting its negative effects on society, indicating  that PSD is in continuous fight  on drugs until the elimination of drug dealers and promoters and striking their criminal activities, public security men are making sacrifices in order to perform their sacred duty to protect society from this devastating scourge.

The Director of Public Security indicated that improving the traffic situation is a goal for which we have developed plans and strategies that we have begun to implement to overcome challenges in this area, through comprehensive operational and awareness dimensions, and in accordance with a participatory approach with the concerned ministries and institutions.

He continued, that the Security Directorate aims to promote a traffic culture based on adherence to traffic rules, and to stay away from immoralities, especially dangerous ones, indicating to  the activation of the traffic points system came with the aim of preventing recklessness of violations and wrong practices, and reducing traffic accidents.

Maj. Gen.  AbeidAllah  Al-Maaitah explained that Public Security Directorate has devoted a large part of its comprehensive strategy to developing the civil protection system, in which the Civil Defense Directorate plays its main roles to the approach of specialization in work and qualification of civil defense cadres, which is associated with the integration of roles and efficiency in coordination to improve response to emergency and potential accidents.

the Director of Public Security indicated that PSD continues to provide the Civil Defense with trained manpower, and the latest equipment and mechanisms, in an effort to improve and expand services in all governorates of the Kingdom and its regions.

The Director of Public Security referred to the concept of comprehensive security and its implications for supporting national development in all security, economic, environmental and social fields and other aspects aimed at providing a safe environment for citizens and residents, and maintaining the security of the homeland, which has always been a model of steadfastness in the face of challenges.

Maj. Gen. Al-Maaitah noted that Public Security Directorate was a pioneer among countries in creating units specialized in providing various security and humanitarian services, including the Family Protection Department, the Juvenile Police, the Royal Department for Environment and Tourism Protection, and units specialized in cybercrime, intellectual property, and human trafficking, which are units that keep pace with the development of society and its changing needs in addressing emerging and cross-border crimes.

The Director of Public Security stressed that the citizen is an partner in the sustainability and preservation of security, and that we are proceeding with confidence to consolidate this partnership through the concepts of community policing, active citizenship, and professional and responsible security media rights and enable him to perform his duties.

At the end of the lecture, which was attended by the head of the committee at the college, Brigadier General Khaled Bani Younis, and a number of senior officers and mentors, the Director of Public Security answered the questions and inquiries of the participants in the courses and programs at the college. 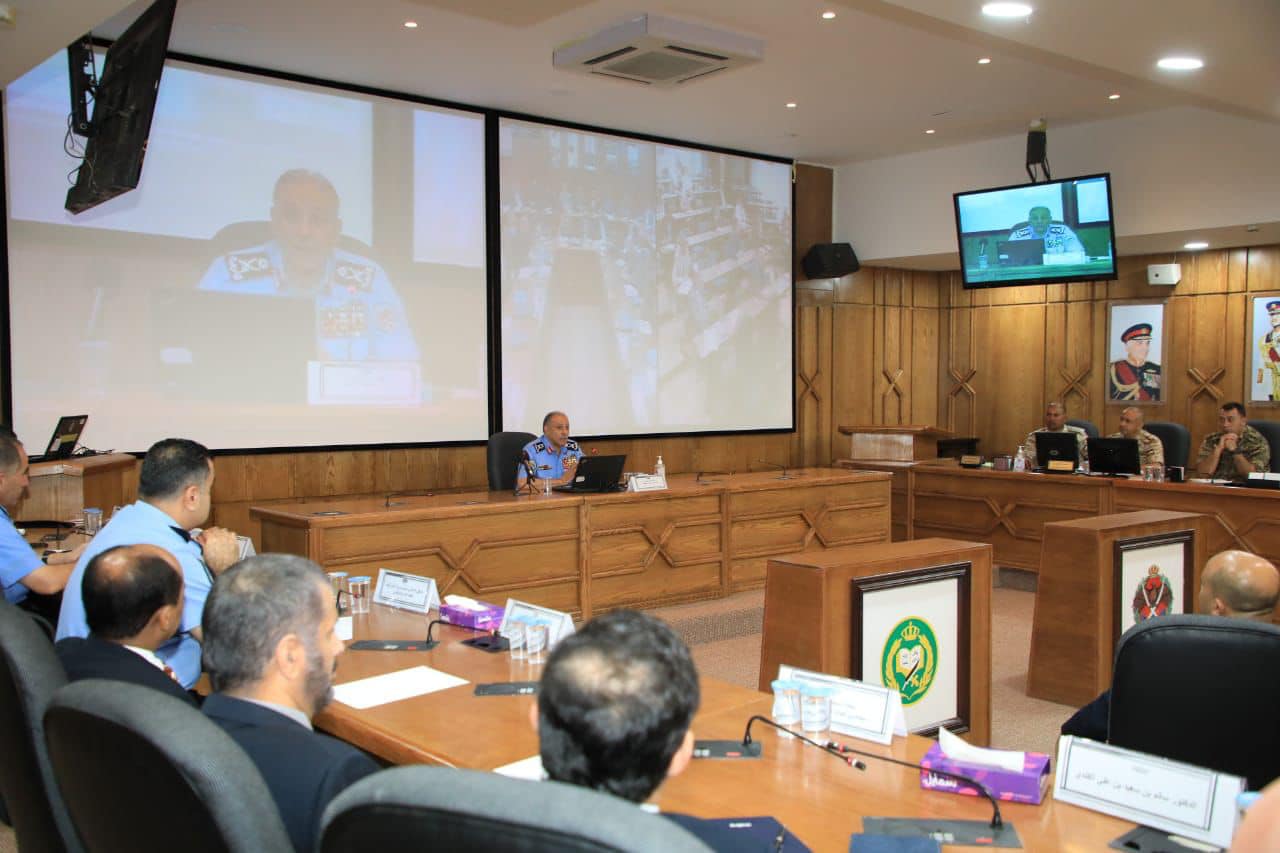