** The use of specialized equipment with great professionalism during the rescue operations of the injured, despite the distance for a distance of approximately fifteen kilometers

The Operations and Control Room of the Public Security Directorate reported, through the unified emergency number 911, that a person sustained several injuries to the body as a result of falling from a high rocky mountain in the Dead Sea area.

Rescue and ambulance teams of Dead Sea Center immediately moved to the site, and made great efforts to rescue the injured, especially since the area where the injured person fell is characterized by its rugged terrain and difficult terrain, and is approximately 15 km away from the road.

The Jordanian search and rescue team in the Dead Sea Martyrs Center contributed to rescuing the injured person using ropes and equipment designated for this type of incidents. The injured  was rescued and transported on foot for a distance of 15 kilometers, and then transferred by an ambulance to the nearest hospital in the area. 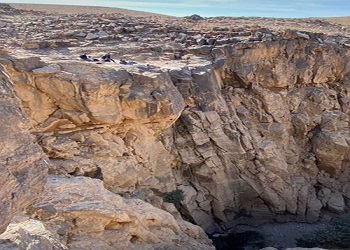