Anti-narcotics: Five drug dealers were arrested in crackdowns in Ramtha

The security crackdowns  came after collecting intelligence and receiving complaints from the local community PSD spokesman  said that the Anti-Narcotics Department collected information about movements of a number of suspicious persons in cases related to the promotion and trade of narcotic substances in the Ramtha after receiving complaints from the local community and information about them and their criminal activities. PSD spokesman confirmed that after completing the collection of information and identifying the suspicious persons and their whereabouts, a wide security crackdowns was carried out resulted in the  arrest of five drug dealers, in addition to three drug addicts  and four wanted in other cases. A quantity of industrial hashish and materials used in the  manufacture were seized in possession of the arrested persons, in addition to separate quantities of narcotic pills, and an investigation was launched with them to refer them to the Public Prosecutor of the State Security Court.  Anti-narcotics  thanks  the local community in Ramtha for the cooperation with the police. 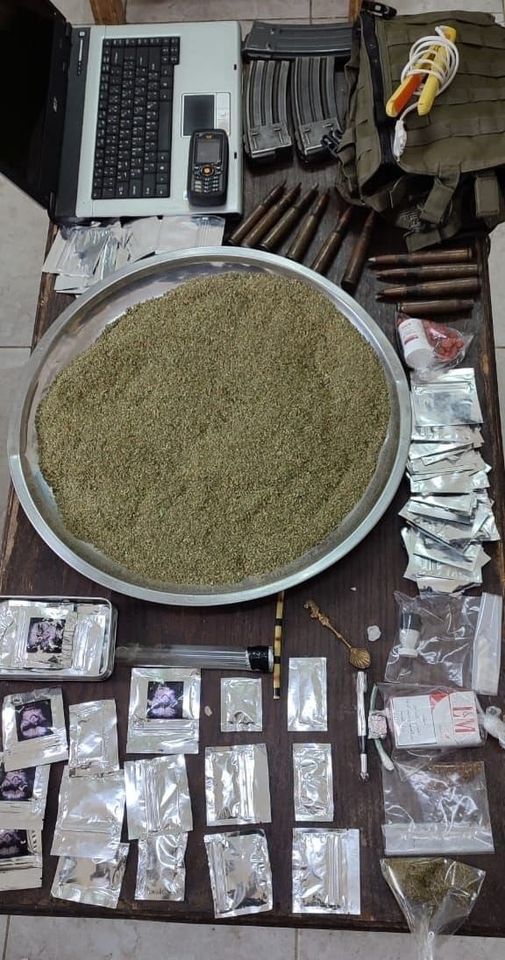