Follow up the information led to the arrest of a person who is of Arab nationality.

PSD spokesman stated that the cadres of Anti narcotics at Queen Alia International Airport thwarted an attempt to smuggle 2 kg of cocaine hidden inside the bodies  of two people of foreign nationality.

In the details, PSD spokesman said that Anti  Narcotics Department followed up information i about the intention of two foreigners coming through Queen Alia International Airport to smuggle amount of narcotics, as the date of the arrival of the two suspects was set and they were arrested as soon as they tried to enter the Kingdom.

After inspecting them and examining them by means of the necessary equipment, it was discovered that there were quantities of narcotic substances inside their bodies, and these substances were removed by medical methods, the amount of narcotics  were estimated at 2 kg of cocaine.

PSD spokesman  confirmed that, following the investigation, the identity of the person receiving the narcotic substances inside the Kingdom was identified, he  is of Arab nationality

The case was referred  to the State Security Court prosecutor. 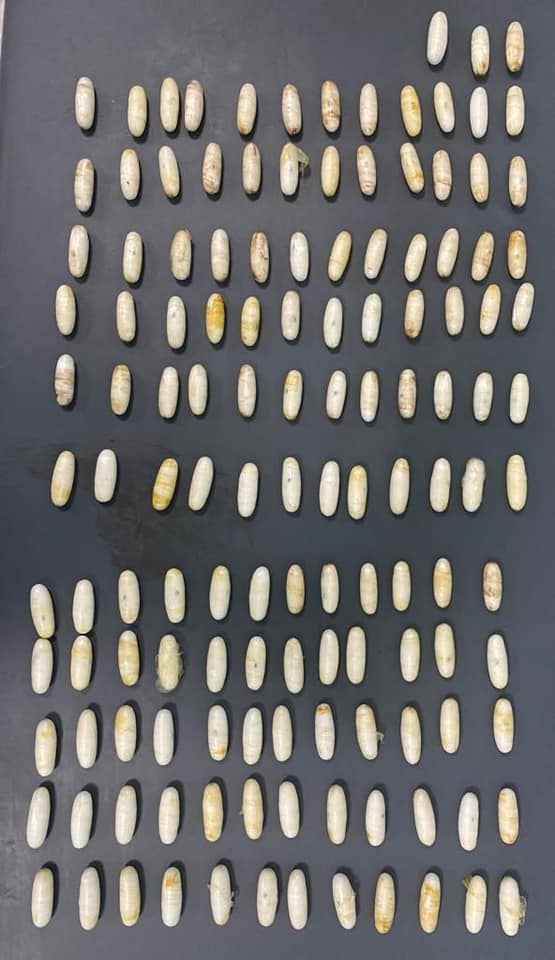