Anti-Narcotics Department raids a drug dealer in Zarqa and Ajloun

AND seized 20,000 narcotic pills, five packages of hashish and a firearm in his possession.

PSD spokesman said that a security force from the Anti-Narcotics Department carried out a raid today at dawn of the whereabouts of one of the most dangerous drug dealers in Zarqa Governorate, Ajloun region, the wanted man had by 14 security restrictions of drug cases, after collecting information and confirming his whereabouts and possession of large quantities of narcotic substances.

The spokesman confirmed that the main wanted promoter and another person who was accompanying him were arrested after searching the place, they were found in their possession 20,000 narcotic pills, 5 packages of narcotic hashish, an amount of narcotic crystal and a firearm, and they will be referred to the Public Prosecutor of the State Security Court. 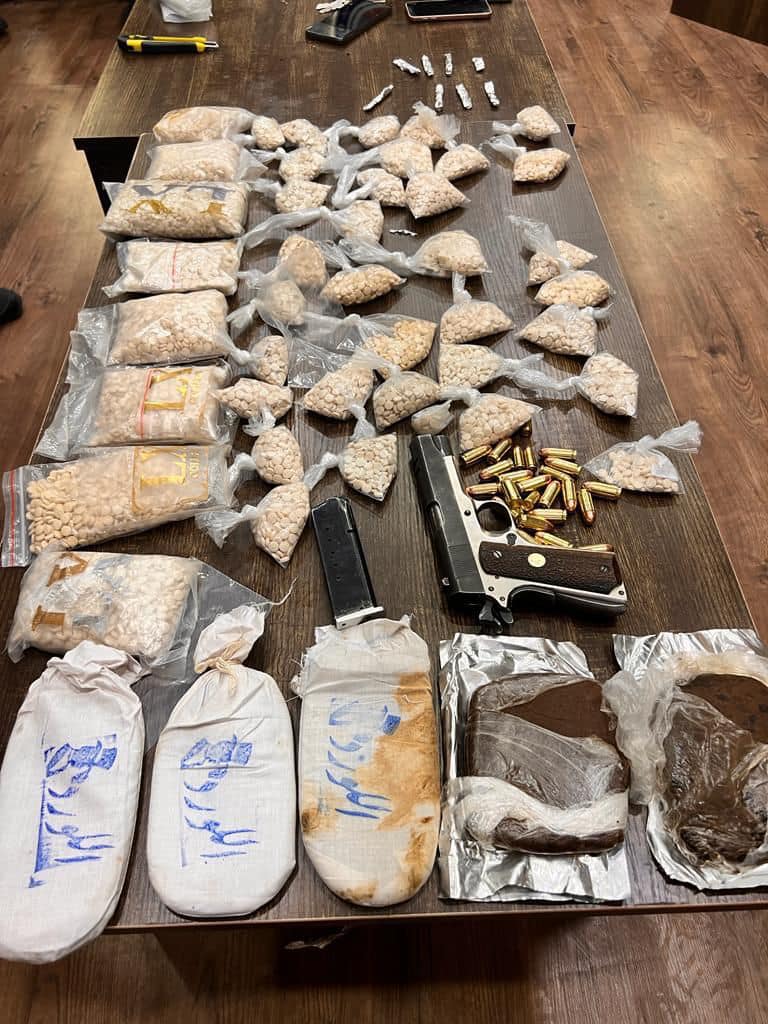