Anti-Narcotics Department raided and arrested one of the most dangerous drug dealers in the city of Aqaba, in addition to three promoters

300,000 narcotic pills and 16 packages of hashish were seized inside the main dealer's house.

PSD spokesman said that Anti-Narcotics Department collected information for days and monitored one of the most dangerous drug dealers in the city of Aqaba, who stores large quantities of drugs and distributes them to promoters in order to sell and spread them among members of society.

The spokesman confirmed that yesterday evening, it was confirmed that the person possessed large quantities of these toxins and that he and a group of promoters were inside his house, as a security force, with the support of the Police Directorate, raided them.

The spokesman added that the main dealer and three promoters were arrested, while the house was searched and 300,000 narcotic pills and 16 packages of narcotic hashish were seized. 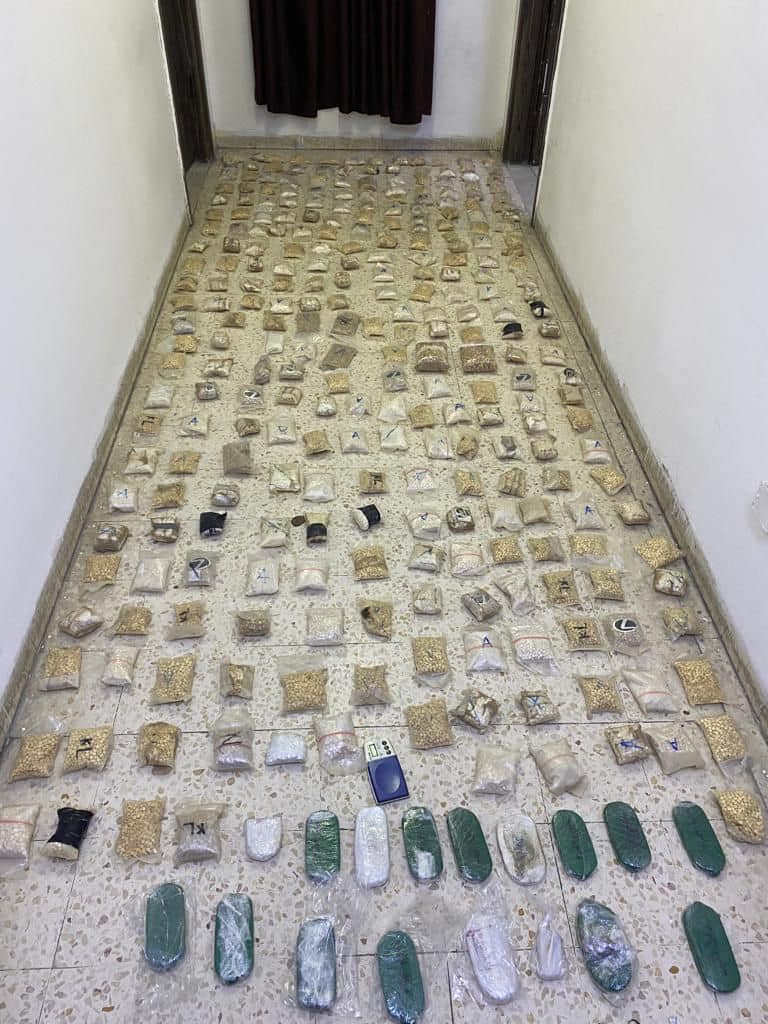