Anti-Narcotics continues the crackdowns against the drug-dealers

PSD spokesman said that Anti-narcotics have dealt, during the past few days, with a number of cases of trafficking and internal promotion, and a case of attempting to smuggle a quantity of narcotics, during which large quantities of narcotics were seized, and those involved were arrested and referred to the judiciary.

In the first case, in conjunction with the Jordan security agencies and customs, and after receiving intelligence information, a vehicle loaded with a quantity of vegetables coming from a neighboring country was traced. It was seized upon its arrival and by inspection, 358,000 Captagon pills were seized, which were hidden inside boxes. Three people were arrested, one of them of Arab nationality, who were involved in the case.

In the second case, a person classified as dangerous was arrested after being followed due to activities  related to the trade and promotion of narcotic cocaine. His whereabouts were raided at west of the capital, and he was arrested and a quantity of cocaine was seized in his possession, in addition to the arrest of two suspects involved with him in promoting Narcotic substances.

In the third case, the Anti-Narcotics Department were able to arrest one of the wanted persons with 17 judicial restrictions. After determining his whereabouts in Al-Balqa Governorate, he was raided and arrested with 500 narcotic pills, a quantity of hashish and two firearms.

In the fourth case, in Ramtha, a police force arrested a wanted person, after raiding him, with a group of narcotics and a firearm in his possession.

The Anti-narcotics department follows its operations against  The activities of drug-dealing and the suspects will be arrested to have judicial actions in the courts, added the PSD spokesman 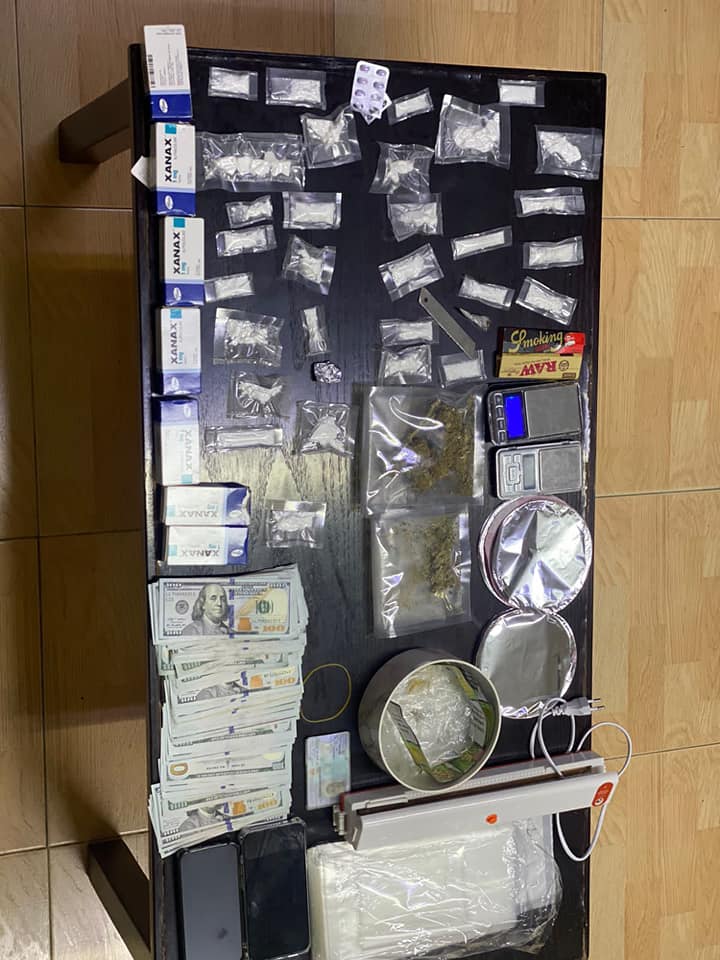 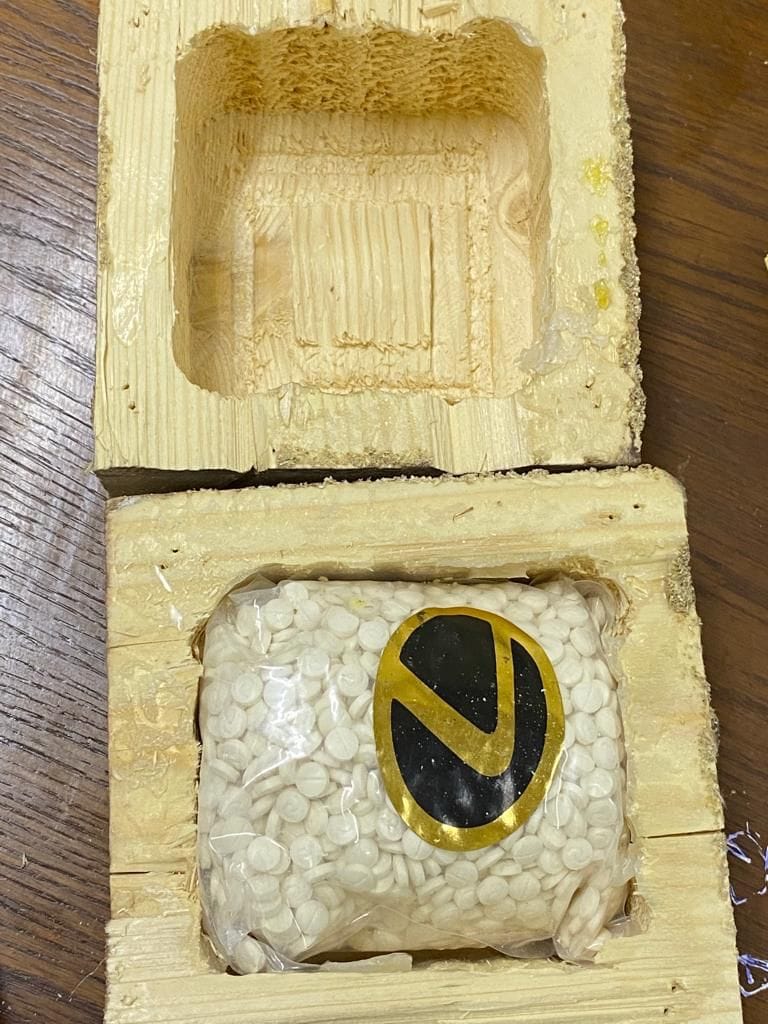 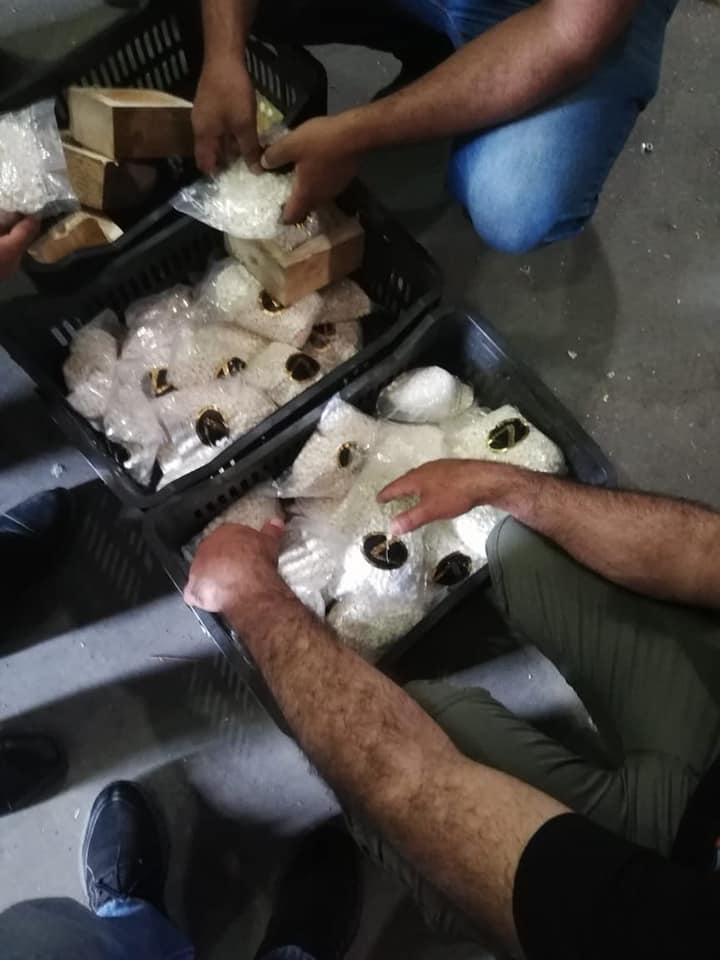 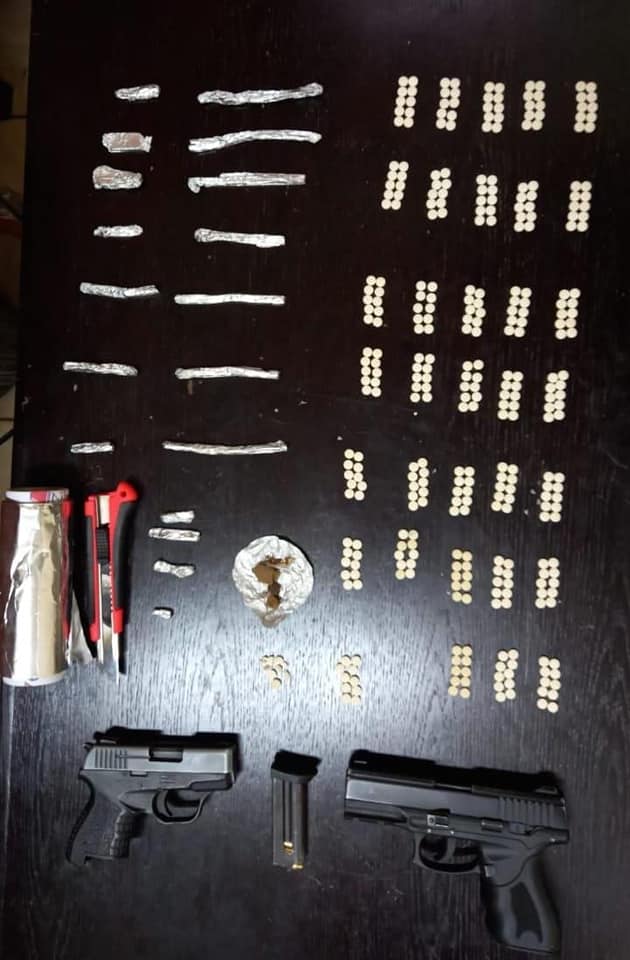 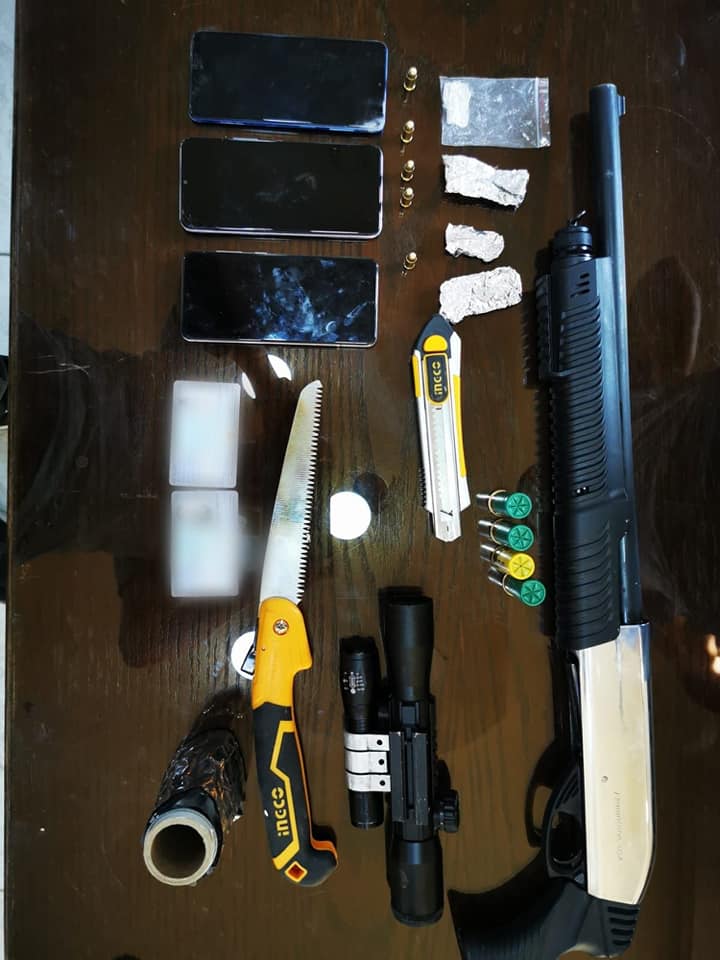