Anti-narcotics carries out  an operation in the Southern Badia, arrests a drug dealer and seizes large quantities of drugs and firearms

PSD spokesman said that the personnel  of the Anti-Narcotics department , with the support of public security units and formations, continued their qualitative operations.

The spokesman  indicated that AND raided this morning a drug dealer in the southern Badia in as he was arrested with large quantities of narcotic pills and two automatic weapons.

He explained that the  investigation team followed up information on the possession of large quantities of narcotic pills by a drug dealer and storing them inside his house.

Based on the intelligence information, a special security force raided the place and arrested the drug dealer, and by searching the house, 600,000 narcotic pills were found inside, in addition to two automatic firearms, and an investigation was launched against him. 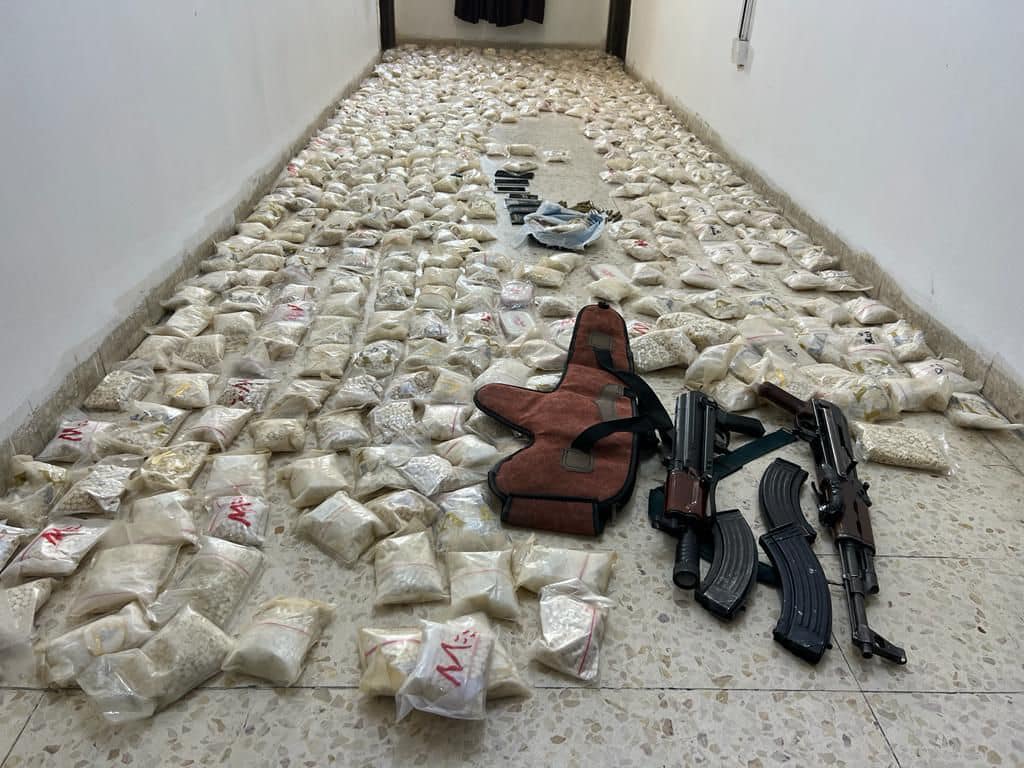