4  packages of hashish, 4 thousand narcotic pills and a kilo of crystal were seized from a drug trafficker

PSD spokesman said that a security force from the Anti-Narcotics Department arrested two drug dealers in Irbid Governorate, after collecting information about them and ensuring that they possessed a large amount of narcotic pills.

After their arrest, 40,000 narcotic pills were seized, and the drug-dealers  were referred to the Public Prosecutor of the State Security Court.

In another case, a drug dealer was arrested in the city of Irbid, who used his house to carry out his criminal activity, and 4 packages of hashish, 4,000 narcotic pills and a kilo of crystals were seized inside the house. 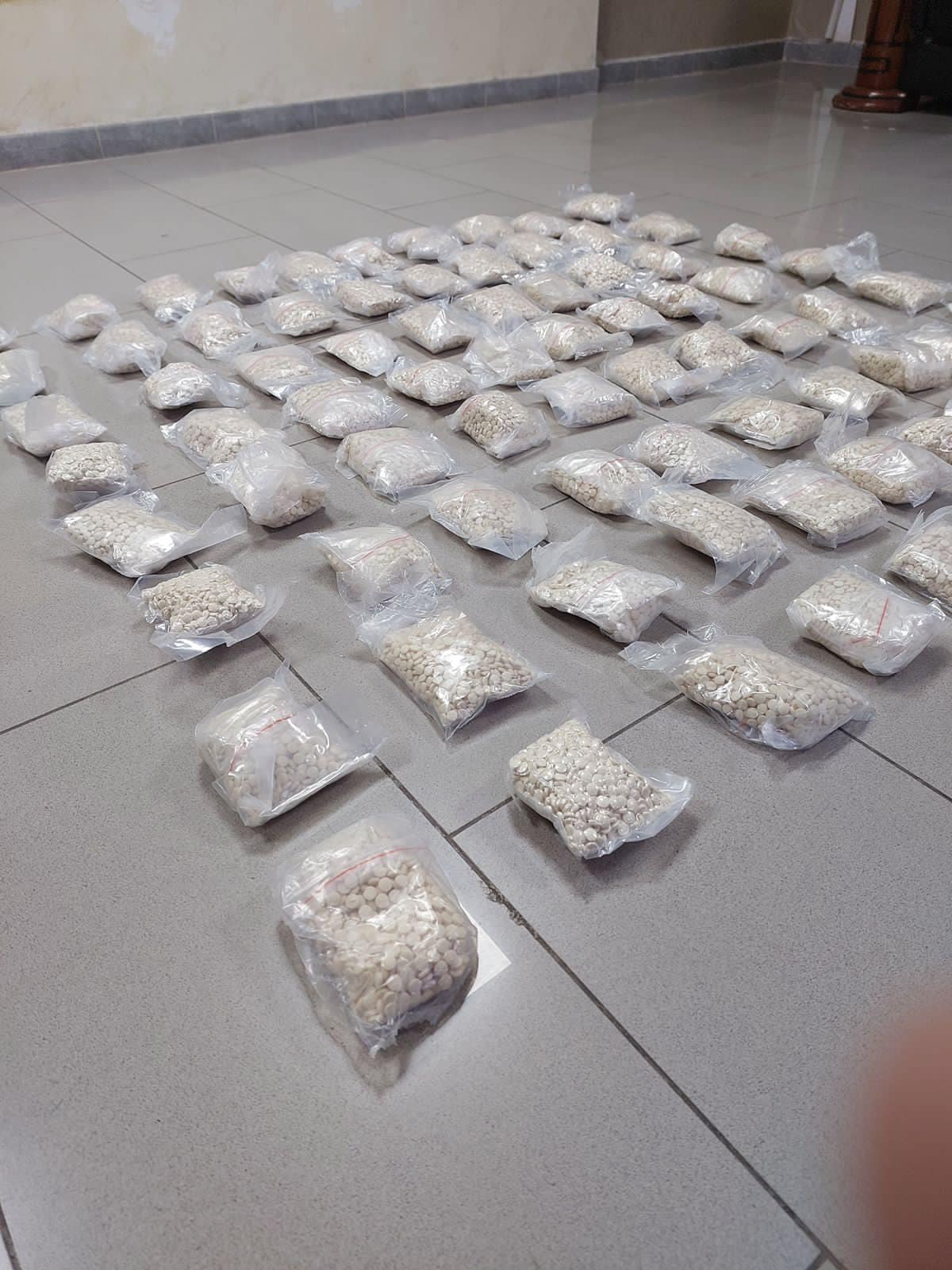