A security force clashed with two dangerous gunmen, injuring one of them and seizing narcotics

As part of its intensive and continuous qualitative operations to besiege drug dealers and their promoters, a security force from the anti-narcotics  arrested dangerous armed men, after armed resistance, and the force took control of the wanted men and wounded one of them.

PSD spokesman indicated this evening that AND investigators were able to locate two wanted persons in trafficking and promotion cases, one of whom is classified as very dangerous, and they were followed up while they were transporting a quantity of narcotic substances.

The spokesman confirmed that as soon as a special security force surrounded the wanted men, they tried to escape, rammed one of the military vehicles, and shot directly at the force that applied the rules of engagement and managed to stop the vehicle, control the two people, and arrest them.

He added, that one of the wanted men was injured and taken to hospital for treatment, and the used firearm was seized, in addition to a quantity of narcotics inside the vehicle, while the investigation is still underway. 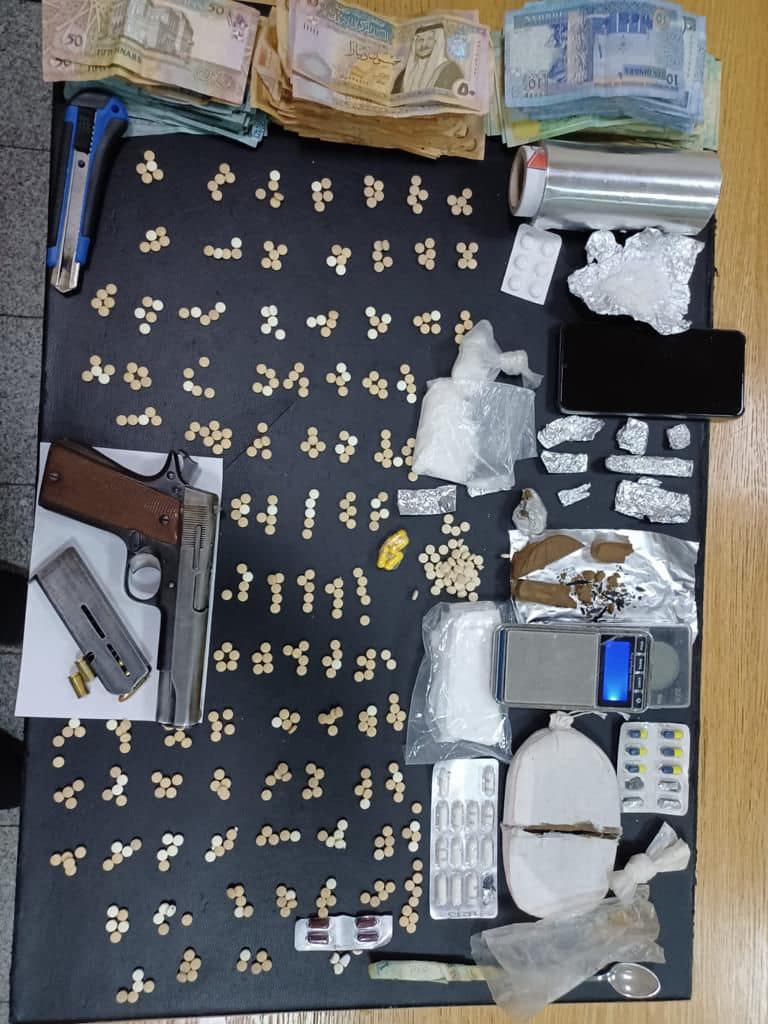