PSD spokesman confirmed that 400 cartons containing fireworks were found inside one of the unsuitable warehouses for storing them, in addition to two firearms. Coordination was made with the Jordanian customs to follow up the investigations into the case. 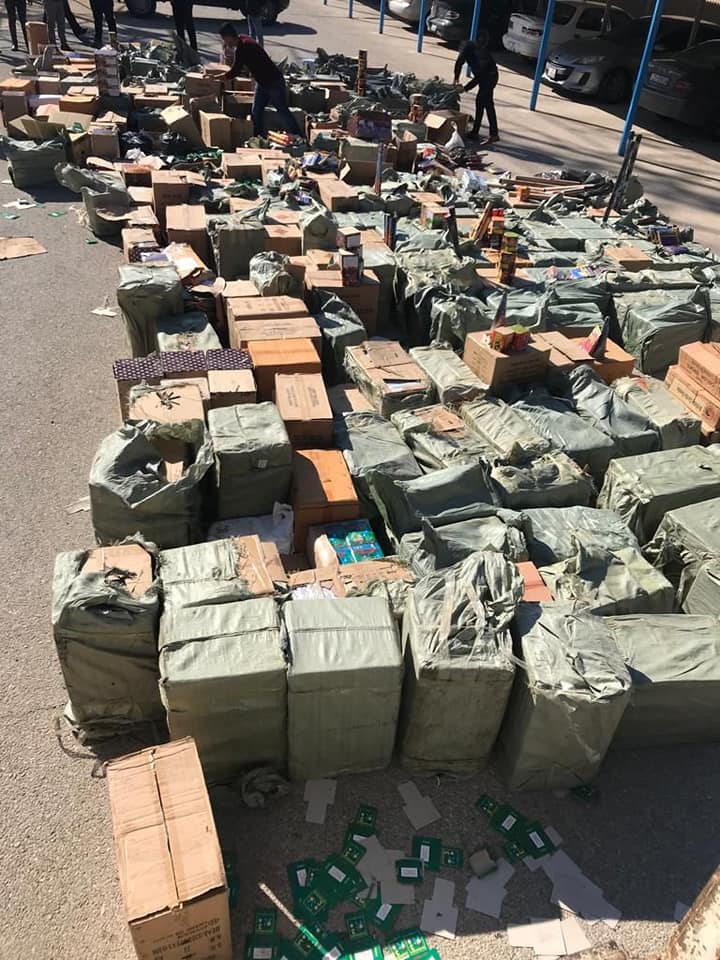